Sarah Silverman takes on too much tragedy in I Smile Back 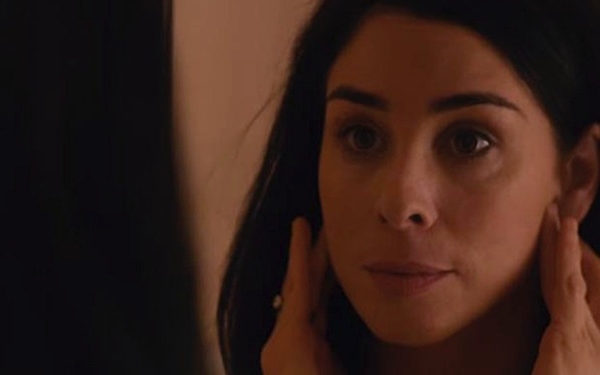 As a young woman with an immense amount of possibility lying at my feet, the chase of the American Dream terrifies me. Perhaps it’s that I’ve witnessed the countless divorces, unhappy marriages, and sheer mundaneness of what many people aspire to achieve, but ultimately I see the dream as a trap. So, going into I Smile Back, a stark and heavy-handed look at the suburban complex, where a housewife is driven to insanity, I knew this ride would be an uncomfortable one.

Now, maybe you’re not like me. Perhaps you’re happily married or you can’t wait for the day when you have little mini-yous scampering around the house. That’s fantastic, because whichever side of the white picket fence you may fall on, you will find plenty to grimace at in I Smile Back.

This tale of suburban warfare, directed by relative newcomer Adam Salky (Dare, 2009), and starring a surprising choice in the dramatic lead, comedienne Sarah Silverman (Wreck it Ralph, 2012), relentlessly dives into the dwindling psychosis of what it means to be a mother and wife. Silverman’s character, Laney, believes that this role, one that she had once dreamed of, has become her only identity. After marriage and motherhood came the loss of independence, the loss of the potential of freedom. That’s why she turns to drugs, to sex with strangers and friends, and most importantly, the denial of her declining state of mental health. With a history of manic episodes, which we can assume is bipolar disorder, Laney has a responsibility to her kids to constantly keep face despite her inner turmoil that seeks to rip her life apart.

And so, we must first turn to Silverman, for she is the core and heartbeat of I Smile Back’s despondent state of being. While we’ve seen her in the past tackle small dramatic roles, proving she can be more than just a funny chick with a knack for dirty jokes, nothing compares to the vulnerability and intensity that the role of Laney calls for. She may not have been the first person to cross a director’s mind, but Silverman attacked the darkness with sumptuous ease and appropriate melancholy. Salky’s direction, which intimately explores Silverman’s emotive capabilities, showed that she truly has a mesmerizing and elegant quality about her, which has probably been mostly obscured until now by her knack for dick jokes.

Yet, while Silverman projects the proper macabre weight, the rest of Salky’s film falls to the floor with excessive gloom. Structurally, Laney’s increasing demise is not met with enough light to make it seem she’s going on a journey, but instead simply meeting her doom with open arms. I’m urged to compare I Smile Back to something like Requiem for a Dream (2000), a film that tirelessly throws us into multiple characters’ states of despair, but is still able to rigorously engage us in the throws of darkness. I Smile Back does no such thing, and instead randomly chucks emotional hurtles Laney’s way to see what happens, which more often than not ends with her crying—but again, Silverman does a good job at that crying.

We can confidently look to the screenwriters Paige Dylan and Amy Koppelman for the lack of push and pull that is so necessary to a drama like this. As the script was adapted from Koppleman’s novel of the same name, and whose content I cannot attest to, the harrowing nature of Laney’s struggle to connect to her husband Bruce (Josh Charles, Dead Poets Society) and her two young children feels superficial and often rushed. But its especially in scenes where she attempts to go through rehab, where we get a sense that Dylan and Koppelman do not understand what it’s like to grapple with mental illness. At their hands, Laney becomes a façade of her disorder, a puppet even, where everything she is going through is approached as an afterthought rather than a life-changing event.

Ultimately, it becomes a shame that Silverman spent so much emotional energy on a story that seems so desperate to wrench poignancy from its grim events. But, if there is a light at the end of the tunnel, it’s that I Smile Back will, hopefully, be enough momentum for Silverman to pursue more dramatic roles that she avidly deserves.

I SMILE BACK is in theatres now!