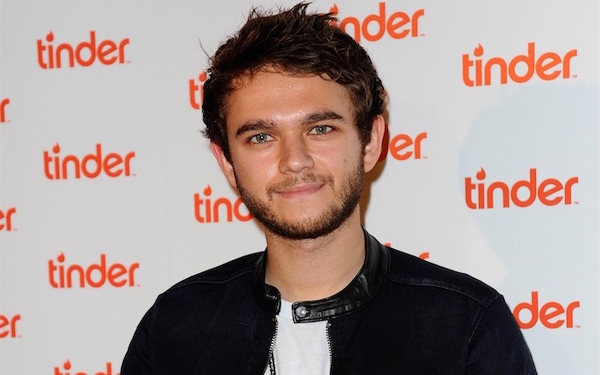 Before he became a dance music powerhouse, Russian-German DJ/producer/artist Zedd was a drummer in a deathcore band. It’s not an uncommon trajectory: Fellow EDM superstar Skrillex, an early backer of his, started out in a punk band.

And, like Skrillex, Zedd (born Anton Zaslavski) has become a crossover sensation, thanks to a handful of Top 40-minded collaborations with artists like Selena Gomez, Ariana Grande and Paramore’s Hayley Williams.

Amiable and accessible and cute, Zedd, 26, is the perfect EDM gateway act. The ongoing tour in support of his sophomore disc “True Colors” is a lasers-and-pyro extravaganza meant to appeal to people who have never been to, or perhaps do not like, conventional EDM shows.

In a recent phone interview, he talked Skrillex, Selena and life as pop’s second-most-beloved EDM star. Excerpts from the conversation follow:

On his evolution from preteen concert pianist to electronic artist:

I started playing in churches and schools, my brother and I would play. Then we started playing more funk and fusion and jazz. A few years later, I started being a drummer. I always liked learning new things, and I think what excited me most about electronic music is I didn’t know anything about it. I didn’t go to clubs or raves or anything like that, and it was kind of exciting to step into this new world that seems to be so unlimited. You can do anything you want.

On his first, virtual meeting with Skrillex:

I remember when I first heard of Skrillex. It’s not like our music sounded the same, but in my mind I was like, I think we’re pretty similar here. I can see that we think the same way musically. … I wrote a message to Skrillex, and he loved my stuff. He said, “Do you want me to put your song up on my MySpace page?” I’d had a couple of plays the day before, then I suddenly had fifty thousand spins.

On being an electronic artist pop fans can love:

I assume there must be something in my music that’s probably easy for people to latch onto. For people that aren’t familiar with electronic music, it’s the lyrics or vocals or melodies they know from whatever genre they’re familiar with. … My music is somewhat broad, and people find something in there they like. It’s important to me that the focus is on music and not necessarily on DJing. I always like for people to consider me a musician before they call me a DJ.

On whether there is pressure on EDM artists to deliver crossover-friendly hits:

No, to be honest with you. When I had my first hit, I was the only person to believe it would be a hit. … I think if you try to nail that perfect pop element right now, it’s already going to be out (of fashion) by the time it comes out. If you do whatever’s big, if you consider how long it takes for something to come out and for people to latch onto it, you just have to be real and do whatever you like. If it’s exciting for you, it will be exciting for other people as well.

On teaming up with Selena Gomez after meeting her in a recording studio bathroom:

I had to use the bathroom, and her studio was right across the (way) from mine. I ran into her and said she should come by my studio and hear my album. I told her about the colors concept, and how every song is represented by a color. I said, maybe there’s a song that would work for you. We listened to the whole thing, and she really liked “I Want You to Know.” That song wasn’t finished and fully written yet, and we had a chance to actually put some of her elements into the song as well.

On getting the most out of his guest vocalists:

I don’t know whether they feel comfortable or not. I always think of myself as somebody who’s pretty horrible in the studio, considering I’m kind of a perfectionist when it comes to vocals. I always ask every vocalist to sing twice as much as needed, just in case I need some options. I think they record the song and hate me for a day, and then when they hear the final product, it’s all cool. The singers who trust me usually wind up being pretty happy in the end.