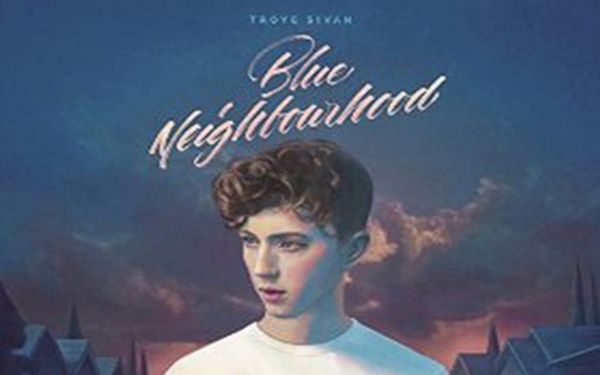 LOS ANGELES — Singer Troye Sivan may be an established YouTube star with millions of subscribers, but recently while rehearsing for his first major tour, the digital celebrity looked anything but a seasoned veteran.

Running through his song “Happy Little Pill” in a North Hollywood studio, the 20-year-old stuffed his hands in his pants pockets and messed with his hair, clearly unsure what to do with his body as he sang. Later, a stage manager instructed him on the basics of returning for an encore.

“This whole thing is definitely out of my comfort zone,” Sivan said. “But I’m getting more and more comfortable with it every day.”

In the pre-digital age, such performances would’ve been crucial to developing the kind of devoted audience that Sivan has already built online. He’s been making YouTube videos since he was 12, and now the baby-faced artist from Perth, Australia, speaks to millions more on Twitter, where he holds forth in bite-sized installments on food, sex and Taylor Swift (after she tweeted her endorsement of his song “Wild.”)

As modern a pop star as you’ll find, Sivan still had to push himself this month during preparations for his road show, which launched last week. The tour — along with Sivan’s upcoming debut album, “Blue Neighbourhood” — reflects his desire to turn a YouTube following into the real-world kind.

“I know people with 10 million subscribers on YouTube,” he said after the rehearsal. Wearing a baggy denim shirt over super-skinny black jeans, Sivan sat on a lumpy sofa as he picked at a container of take-out Vietnamese food. “But pop radio? To reach that many people — that’s what I want.”

He isn’t the first Internet personality to attempt such a crossover. But for every Justin Bieber there are countless strivers whose skills have proved unexportable.

Sivan seems more likely than most to break through thanks in part to his proud identification as a “young, openly gay artist” writing “songs about loving boys,” as he described himself and his work. It’s a role that deepens his connection with his fans and gives his music a cultural weight not unlike that of Grammy-winning Sam Smith (who recently wrote on Instagram that Sivan’s voice “does things to my body”). Beyond that, Sivan has the kind of old-fashioned songwriting talent that drove musicians to success in earlier times.

“Troye is like the friend you have who one day sits down at the piano and starts playing, and you’re like, ‘Oh my god, you’re amazing,’” said Jack Antonoff, the songwriter and producer known for his work with Swift and Sara Bareilles. Antonoff co-wrote and produced Sivan’s song “Heaven” and called the singer “someone who’s meant to be doing this.”

Due Dec. 4 from Capitol Records, “Blue Neighbourhood,” which follows a pair of impressive EPs, is full of shimmering electro-pop textures and disarmingly intimate lyrics, such as this line in his song “Fools” about his and his boyfriend’s differing tastes in deodorant: “You like stick, and I like aerosol.”

“I feel really safe saying whatever I want to say in the music,” Sivan said, one happy artistic result of his having documented nearly half his life on YouTube.

Years before he took to the video-sharing site, Sivan started singing at his synagogue around age 8 and was soon booking gigs at corporate events as a “little boy soprano” doing Celine Dion and Andrea Bocelli songs. The experience opened his eyes to the idea of being an artist, but it wasn’t until he wrote his first song — a response to the hit YA novel “The Fault in Our Stars” — that music felt like “a passion,” he recalled. The track, which went viral online, also got him signed to his record label.

For “Blue Neighbourhood,” much of which he wrote and recorded in L.A. with collaborators including Emile Haynie and Bram Inscore, Sivan said he was less interested in demonstrating his vocal power (though it’s certainly there) than in “making you feel the emotion in the music.” He took sonic inspiration from albums such as Lorde’s “Pure Heroine” and Frank Ocean’s “Channel Orange,” “where there’s more than one layer to what’s going on in a song,” he said.

Even so, tunes like “Wild” and “Heaven” have an immediacy that stands up to popular Top 40 fare.

“We were definitely focusing on hooks,” said Alex Hope, an Australian producer and songwriter who worked on the album. “‘Is this going to sound cool when you’re driving around with the windows down?’ That was always on our minds.”

The combination gives “Blue Neighbourhood” a powerfully relatable quality. In spite of his quick wit and his good looks, Sivan’s appeal is to some degree an Everyguy thing — the way he makes you feel as though you’ve been invited into his head (which, it turns out, is just like yours).

“You tell me what is stopping me from eating this tub of salsa in bed,” he tweeted, along with a photo of said tub, after his Seattle concert last week.

Yet increasingly Sivan is also looked upon as a leader. At a screening of his new music video Tuesday night at Hollywood Forever Cemetery, one visibly nervous fan asked the singer for guidance on how to square his sexuality with his religion.

Regarding his “obligation to the cause,” as he put it, Sivan said he feels fortunate to be in a position to provide whatever help he can to young people struggling to come out.

“I turned to the Internet when I needed it,” he said, adding that he watched “nearly every coming-out video on YouTube” before he made the move himself at 15. “Now I have a lot of Twitter followers, so I can give back as someone who’s on the other side.”

Mike Flynn, an A&R executive at Capitol, said he’s counting on those followers’ devotion — the “army,” he calls them — to help convince gatekeepers in the music industry that Sivan is worthy of their attention.

“Our thinking is, ‘Let’s build the story to the point where KIIS-FM can’t say no,’” Flynn said, referring to the influential L.A. pop station. “We want (programmers’) kids to be like, ‘Mom, Dad — Troye’s the biggest thing in the world. You’re missing out.’”

In the rehearsal room, Sivan said he has a long way to go before he cracks the music business like he cracked YouTube. But he’s getting the idea of how things work.

“I can be mentioned now in the same sentence as Taylor Swift,” he said. “That’s like, what!?”