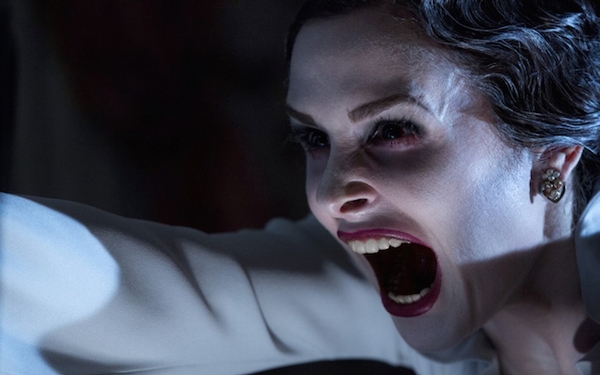 Craven should know. The maestro created three milestones of 1970s, ‘80s and ‘90s terror — “The Last House on the Left,” “A Nightmare on Elm Street” and “Scream.” In each new decade Craven found contemporary voices to release age-old anxieties, from visceral gore as horrific as the nightly news from Vietnam, to larks that offered bloody fun.

While moviegoers put a nail in the genre’s coffin a few years ago as a marketplace glut of torture-themed thrillers wore out their welcome, reports of horror’s death were greatly exaggerated. A fresh breed of filmmakers is revitalizing the genre with original, creative, idiosyncratic movies that grab and eat you.

Blumhouse Productions is an exemplar of the new horror, with such low-budget chillers as the “Paranormal Activity,” “Insidious” and “Sinister” franchises.

“Horror always goes in phases. It comes and goes like the tide,” said Ryan Turek, director of development for Blumhouse. “Usually the most recognized periods for horror are the periods when they say something about their decade. Now we’re living in a rather stormy climate politically and economically, and that paves the way for some great horror stories.”

The studio’s “Unfriended,” about a haunted computer chat room, and “The Gift,” about a high school relationship that returns cruelly years later, are both about bullying.

“We look for films that make a statement,” Turek said. “‘The Purge’ is a Rod Serling-esque commentary on gun control. What puts a creative renaissance on the map is when they have something to say.”

Since Nosferatu silently levitated from his coffin, bad dreams have been as irresistible a marketing gimmick as weepies that reduce viewers to tears.

Why would we pay to watch nightmare images? Stephen King, in his nonfiction history of modern horror “Danse Macabre,” explained that the creative use of fear “makes you, for a little time, a child again,” revisiting a time when fantasy operated as “a marvelous third eye.” Cinema reconnects us to the grotesqueries of the Brothers Grimm, and Aesop’s fables.

Filmed terror has launched careers from Bela Lugosi and Boris Karloff to Ridley Scott and Kathryn Bigelow. And now, fright has never been so bankable. As film technology rises in capability while falling in cost, it has created a boom time for a new generation of indie creators to bring individualistic works to viewers, whether on a widescreen at home or in the movie house. Online streaming promotes unbridled fandom while fueling homemade horror movies.

We have never traveled to the heart of darkness in so many directions. It’s a development that film lovers of every stripe might applaud.

Despite the promising economics of horror cinema — a genre that doesn’t require large advertising budgets or expensive stars to sell lots of tickets — attempts by the major movie studios have produced lukewarm results.

Myriad horror film reboots have been launched, an endless stream of derivative “Poltergeist,” “Carrie,” “Hostel,” “The Thing” and “Evil Dead” reshoots. Most of those remakes are creatively misguided, failing to recognize what made the original films so terrifying in the first place. They are less shivery than disappointing.

Rather than following Hollywood’s cannibalistic impulse to feed on its own entrails, the young Turks attacking horror’s barricades are armed with original aesthetics and fresh ideas.

Jennifer Kent’s fraught debut “The Babadook” twisted a classic old-dark-house premise into a shocker whose true gold mine was a woman’s ambivalence about being a mother. It reached deep emotional levels of shame, stress and grief that no jump scare from a cat in a closet can provide.

In “It Follows,” David Robert Mitchell freaks out viewers without stock horror confrontations. His well-executed film twists the sexual anxieties of adolescence into a metaphor for the inevitable, unstoppable, ever-present fear of death itself. He created terrifying visuals simply out of the image of a distant somebody walking slowly toward the camera.

In the impeccable futurist thriller “Ex Machina,” Alex Garland turned a frail romance with a humanoid artificial intelligence into a tense battle between alien, inhuman technology and narcissistic, selfish men.

Finance is a key to this creative boom, said Travis Stevens, a prolific producer of horror and action features.

“The economics of horror are a lot easier over the last six or seven years for young filmmakers to get their shot,” Stevens said. “If you make a movie cheap enough, there is enough audience out there to give investors a chance of getting their money back.”

That advantage allows Stevens to fund little gems like Ted Geoghegan’s “We Are Still Here,” which subtly tiptoes from an homage to old-school phantasms into a hellacious dark-humor horror parody.

Big-budget filmmakers are taking advantage of the creative opportunity, too. Joss Whedon (“Avengers: Age of Ultron”) wrote his quippy “The Cabin in the Woods” as a journey through a broken fourth wall and into the bloody heart of the horror movie beast.

Screenwriter/director/producer E.L. Katz, whose credits include the anthology “The ABCs of Death 2,” began his love affair with horror as a young fan.

“It’s a good template to do whatever you want,” Katz said. “It’s a pretty open-minded world. That’s not so easy with the industry people because they like things to be cut and dried.” Big-budget spookfests like Guillermo del Toro’s new “Crimson Peak” are a rarity, Katz said — “something that happens for a studio only once every two or three years. But on your own, you can be a thousand different filmmakers in the genre.

The true wellspring, he said, is “understanding the zeitgeist. What are people afraid of now?”

Quite a lot, apparently.

WAVES OF FEAR: A timeline of horror-film trends

The fear: The worries of the nuclear age pushed aside the feelings of classic gothic horror, producing multiple species of radioactive monster movies.

The films: “Godzilla,” “The Blob,” “Creature From the Black Lagoon,” “Tarantula” and “Them” were best in breed.

The fear: Violent assassinations showed how sinister men and women could become, even in daylight.

The fear: As the baby boom cooled, films wrestled with child-focused nightmares.

The fear: AIDS pushed body horror past the emergency room and onto the screen.

The fear: A focus on manipulative sociopaths delivered a hearse full of chills.

The films: “The Silence of the Lambs,” “Misery,” “Natural Born Killers,” “Se7en,” “Twin Peaks: Fire Walk With Me” and “Single White Female.”

The fear: The new century favored films about people fighting their own war on terror to survive.

The fear: Worries about technology have gone viral.

The films: “Unfriended,” “Ex Machina,” “Smiley,” “The Den” and “Untraceable,” where every game of Chatroulette moved from live-streaming to dead-streaming.