Millennials still crushed by recession, could be for decades: experts 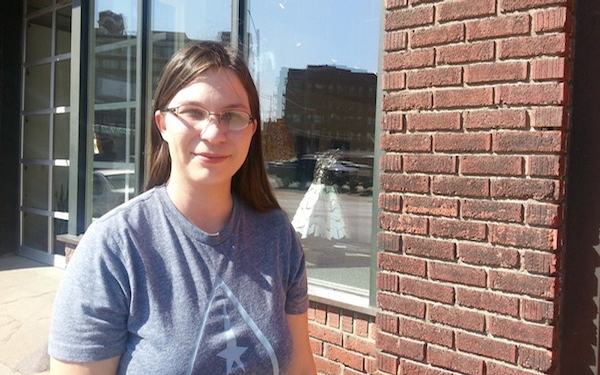 With a full-time job and a home of her own, 28-year-old Kansas City graphic designer Amy Norris is beating the economic odds of her millennial counterparts.

Twenty-eight percent of her fellow millennials don’t hold full-time jobs. But she has steady employment at Quartermaster Marketing in the the city.

Nearly half of all millennials still live at home with their parents. But Norris and her teacher husband, Bryan, own their home north of the river.

And while studies reveal that many millennials are putting off big life changes — getting married, buying homes, starting families — because they’re paying off hefty student loans, Norris graduated owing less than $2,000.

The economic news for Americans ages 18 to 34 hasn’t been rosy for quite some time. As a group, millennials are poorer than the young adults of past generations.

Census statistics show that a large group of millennials — about 28 million out of 70 million in all — are not enrolled in school and are making less than $10,000 a year at their jobs.

So how is Norris beating the odds?

Well, that and the generosity of her parents, who helped support and house her while she juggled part-time jobs stocking shelves at 5 a.m. at Old Navy and folding shirts at Dick’s Sporting Goods — just like the 40 percent of millennials who still receive financial support from their parents.

Recessions tend to affect young people the hardest. But members of the country’s largest generation have been waylaid far worse than previous generations, and economists worry that those effects on a group just now starting careers could linger for decades.

“The financial crisis and the Great Recession and its aftermath are hopefully the most significant economic calamity that this generation will experience,” said labor economist and policy analyst Catherine Ruetschlin, a visiting professor at the University of Missouri-Kansas City.

“We can cross our fingers and really hope that now that we’re climbing out of that experience, millennials have the opportunity for growth and improving living standards ahead of them. However, there are … things that really complicate that.”

Wage inequality is a particular scourge for millennials. It’s difficult to say why so much money rests in the hands of an elite young few because there hasn’t been much study of it in this age group.

Earlier this year, the millennial-targeted website Fusion created a “wealth gap calculator” and concluded that young people are suffering from a level of wealth inequality more severe than previous generations.

Fusion crunched data from the U.S. Census Bureau’s Current Population Survey and found that it takes an income of about $106,500 a year to be in the millennial 1 percent.

That’s rare air occupied by about 720,000 young adults who control about twice the income of the 14 million millennials in the bottom 20 percent.

Given that so many millennials are making less than $10,000 a year, a salary of about $60,000 — a typical starting wage for an engineering or computer science major — would place someone in the top 10 percent of potential earners among millennials, Fusion concluded.

It would take a baby boomer more than $90,000 to do that well among peers.

The non-news from the Fusion survey: The millennial 1 percent is overwhelmingly male and white, just like in other generations. Twenty-eight percent of the 1-percenters are female, 9 percent are black and 7 percent are Hispanic.

“In America the quintessential premise of the American dream isn’t that anybody can get rich, because that’s never really the case,” Ruetschlin said. “It’s that anybody who works hard, plays by the rules — you get up and go to work every day and you bring home your paycheck and you act prudently with it — can have a stable and satisfying life.

“That’s really what we’ve kind of collectively agreed on as the story we want to tell about America. And with the kind of instability that millennials are facing, it’s not necessarily the case anymore that they can make all the right decisions and still wind up with the higher standard of living that their parents had before them.”

As a paraprofessional, 26-year-old Taylor Stoetzer of Mission, Kan., spends his days working with special-needs children in a field he’s long been interested in.

When he considers his 20-something friends, it’s a mixed bag — friends who have college degrees working in jobs with hefty salaries and “a good number” who don’t have either of those things.

Given that so many people are struggling to get by, “I would say I’m definitely not making a ton of money right now, but I’m definitely blessed to be where I’m at,” Stoetzer said.

His job doesn’t require a degree, just a number of college hours. But even millennials with degrees aren’t finding jobs, as a May headline in Forbes declared: “The 5.4 unemployment rate means nothing for millennials.”

Even so, millennials make up about 40 percent of the country’s unemployed.

“This misconception that we don’t want jobs or that we’re lazy and entitled is nonsense,” David Pasch, 26, a spokesman for Generation Opportunity, a conservative nonprofit that advocates for millennials, told Time earlier this year.

“It’s kind of that last in, first out trend,” she said. “They have to heavily compete for jobs with people with much more experience in the workforce, which sets them back.

“Research has shown that the scarring effect of unemployment on young people entering the workforce during a recession can affect their wage and salary income for up to 20 years.

“And this is significant, seeing how thousands of dollars of lost income (is money) they can’t either put toward saving for the future and that they also can’t use to weather hard times when hard times come again.

“For this generation, and even just a little older, the Gen X generation, all workers regardless of what level of education, unless you have an advanced degree, you’re likely to be making less money than your parents were at your age. So the starting line has actually been pushed way back for folks entering the market now.”

And the millennials who do have college degrees? They’re starting their careers with bigger student loan debt than previous generations: a nationwide average of $30,000 as of three years ago.

That cumulative debt rose above the $1 trillion mark for millennials last year, making it the group’s second-largest category of household debt, according to the “15 Economic Facts About Millennials” report from the White House Council of Economic Advisers.

Several factors are to blame. There’s a larger number of students from lower-income families going to college who need to take out loans to pay for school. Financially strapped parents can’t as easily use equity in their homes to pay for college anymore. And students are taking longer to repay their loans, if they do at all.

According to the White House report, college loan defaults are highest among students who don’t graduate from a four-year institution and those attending for-profit schools.

But the cost is “worth the expense,” said 65 percent of all millennials surveyed in the Fusion report.

Though Stoetzer doesn’t plan to leave the special-needs field, he does want to someday finish the degree he started at Johnson County Community College so that he can take his career “a step further, make decisions, be in charge.”

“Everyone has kind of acknowledged that a college education is the best way to work toward a better life, of finding that secure place in the middle class,” Ruetschlin said. “This is a largely agreed-upon social good.”

“But it’s one that we used to fund publicly, that we fund less and less publicly now, which means the cost has slowly over time been shifted onto students themselves.

“We used to, as a country, invest in higher education because it makes our workforce stronger, it makes us more productive, it makes our citizens better educated about the issues that we care about, and it makes us a stronger, more prosperous country.

“But it’s increasingly looked at as an individual investment, for individual gain. And as a result, over the last two decades, the cost of attending college, a public four-year college, has grown over 100 percent, even after adjusting for inflation.”

Nearly every millennial plans to buy a home someday, the Fusion survey revealed. But that’s another goal that appears out of reach for many.

For one thing, a growing overall demand for inexpensive, starter homes has diminished the supply available to younger Americans with less money to spend.

“You’ve got the front end of a big wave of first-time homebuyers, but the supply of affordable housing is not there to meet that wave,” Sam Khater, deputy chief economist for CoreLogic, told Bloomberg News recently.

“What you’re seeing in the housing market is a reflection of the polarization of income. The builders are looking at it from that perspective: ‘If I have a choice of going up- and down-market, I’ve got to go up-market.’”

That millennials are less likely to own a homes, aren’t “even comfortable setting up their own households as renters, that has consequences,” Richard Fry, a researcher at the Pew Research Center in Washington, also told Bloomberg.

“I am concerned that the decline in home ownership is secluding millennials from building wealth, at least in the traditional American way. There’s at least a warning flag out there.”

Ruetschlin believes that some millennials have been scared away from the housing market and are actually choosing to stay away. To them, “it just doesn’t seem like the kind of safe bet that it was back in 2001 2002, 2003,” she said.

“This is a problem in the sense that we turn to home ownership as a means of wealth generation. Perhaps, for this generation, a different kind of asset portfolio is really the key, a more diversified asset portfolio, a more liquid asset portfolio, so that people can turn their wealth into the cushion that they really need when hard times comes along.”

Even with the deck so perilously stacked against them, millennials believe they can be wealthy, even millionaires. In fact, more than 25 percent of them expect to be millionaires in their lifetimes, according to Fusion’s Massive Millennial Poll.

Keep in mind, a lot of those millennials are still living with dad and mom.

If you’re over 62, your odds of having at least $1 million in net wealth (total assets minus total debt) are about 1 in 7.

Over the last 25 years the odds have gone up for older folks, down for younger.

“Millennials are either impressively optimistic or blissfully ignorant,” Fusion concluded.

If young people want to close their income gap and increase their chances of being wealthy someday, one strategy is to copy what older people do, economists at the Federal Reserve Bank of St. Louis advised this year after researching the role that age plays in how much people make and how much wealthy they accumulate.

As the bank’s economists pointed out, older workers typically have more diverse investments, less debt and more money socked away for emergencies than younger people.

So their advice for young working Americans? Stash away an emergency fund, pay down debt, avoid high-cost credit and put money into higher-returning investments.

Lifestyle
If you fantasize about becoming a morning person, here are 5 great ways to wake up your routine
466 views

Lifestyle
‘I haven’t had a job since March 13’: How costume designers are coping with COVID-19
789 views

Lifestyle
Online education was a mess in the spring. As COVID-19 prompts schools to stay virtual, will it get
523 views