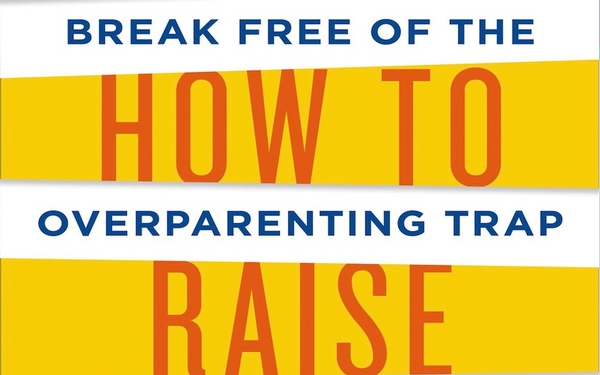 College freshmen will soon head home for the holidays, ready to fill in their parents on all the fresh experiences in their new lives. Or not. For today’s younger generation, there may be nothing to tell the folks, who are already in touch with their kids all day, every day. Julie Lythcott-Haims thinks that is not a good thing. She spent 10 years as the first dean of freshmen at Stanford University (her alma mater), and she has mined those years for her book, “How to Raise an Adult,” published in June.

“Helicopter parenting” is a term from the 1990s; now Mom and Dad aren’t swooping in physically, they’re hovering via smartphone, literally taking their offspring in hand. Worse, the kids are happy to go along with it — maybe they can’t do without it. Following is an edited, condensed interview with the author.

L.A.: You saw this problem not only at Stanford but in your own home?

Working with the quote-unquote best and brightest, I was seeing more and more [students] who seemed less and less capable of doing the stuff of life. They were incredibly accomplished in the transcript and GPA sense but less with their own selves, evidenced by how frequently they communicated with a parent, texting multiple times a day, needing a parent to tell them what to do.

I’d been scolding other people for five or six years. One night I started cutting my 10-year-old son’s meat and realized I was enabling dependence on me. I could see the link between parenting and why my college students, though very accomplished academically, were rather existentially impotent.

If a high school graduate [chooses] the military, as many do, we are fine with sending that 18-year-old off to do important and dangerous work. No one is saying they can’t handle responsibility. Yet with kids who choose a four-year college, we think that’s so challenging they need a parent to manage their every moment.

I was seeing this in usually middle- to upper-middle-class families and beyond, with disposable time and money. Working-class, blue-collar, poor families — parents there don’t have the wherewithal to be cultivating their kids’ childhood. They’re worried about fundamental things like food and shelter. We learned that other four-year campuses were seeing the same thing. [My colleagues] who were not seeing this were at community colleges. Those students have a lot of self-reliance.

The rise of irrational fear generated by crime entertainment, far out of proportion to reality, contributes to the “helicopter parent” phenomenon.

We act as if child abduction could happen on every street corner. Another influence is the self-esteem movement. A kid slides down a slide and we say, “Perfect!” A kid draws on a piece of paper and we say, “Perfect!” Perfect has become a rhetorical tic. Kids come away with this overblown sense of their own capability, and they think they have to be perfect all the time, [then] wither under the expectation when they realize they’re not.

L.A.:You note that they can be paralyzed by ordinary social interactions.

Maybe because of stranger fear, also because cellphones make it possible to interact with peers without having to go through an adult. If we phoned a friend, we were likely to get a parent and we’d have to say, “Mrs. Jones, can I please speak to Karen?” My 14- and 16-year-old do not like to make phone calls. My daughter said, “I need a new leotard; can we drive to the store?” I said, “We’re not going to drive there; you’ve got to call.” She said, “Oh, no, I don’t like to do that.”

I realized I needed to come up with five tasks that can only be resolved by making a phone call: “You’re going to practice making phone calls because you need to know how to talk to a stranger on a phone and ask a question.”

L.A.: How much does technology drive this?

Technology isn’t driving this; it’s exacerbating the tendency between parent and child to be in constant touch. I was writing about overinvolved parents before the smartphone, before Facebook. One of the most harmful elements of having the entire Internet in our pockets is that parents track kids’ every movement. Many schools have an online portal so a parent can check grades daily. The kids feel encroached upon. Parents are on watch, on guard; we feel if we don’t, [our children] will screw up, ruin their future or be snatched by a mythological stranger. Our ability to know where they are at all times has only amped up the terror.

L.A.: A depression and a world war made boys in the last century into men; how do we instill responsibility without disaster?

[Parents] are often so concerned about academic performance and enrichment that we absolve kids of things like [doing] dishes and garbage and laundry. They end up not knowing how to take responsibility. This undercuts their ability to be the kind of worker a boss wants: somebody who pitches in, who rolls up their sleeves and says, “How can I be useful here,” instead of, “Why isn’t everyone applauding my every move?” Childhood has not prepared them for what the working world will need them to do.

L.A.: What will the consequences be?

The millennial generation is now the largest in American history. We need them to take the mantle of leadership. It’s an open question whether they will have the will and the skill to do it. Millennials use the word “adult” as a verb. They say, “I don’t feel like adulting today.” I’m heartened that they know “being adult” exists, but disheartened that they think, “I don’t want to do that.”

I don’t blame millennials one bit. This is how they were raised. It’s bewildering to them to discover the world doesn’t cater to their every need as their parents did. Somebody joked there’d be a class-action lawsuit by millennials against their parents once they collectively realize the harm that’s been done.

L.A.: Can parents create a controlled environment to help kids fail and learn from it?

You don’t structure a controlled environment for failure. You back off. When children experience a setback — they don’t know their homework assignment — that’s not your problem to solve. The best way for a kid to learn is to have that uncomfortable feeling, [to experience] consequences that are tiny in the grand scheme of things. Some will say something idiotic like, “Oh, my kid’s drowning, I’m just supposed to turn around?” Of course not. Where your child is in a situation potentially damaging to life and limb, of course you’re going to protect them. The trouble is we’re acting like everything is life or death.

L.A.: But parents have gotten into trouble for letting their kids walk home from school or be alone in a park.

Those incidents are shameful. Liberals and conservatives can agree there’s an encroachment on our liberties as parents on the part of law enforcement and the government. It’s absurd. The past and present aren’t on speaking terms: In many states the law says the minimum age at which a child can be left home alone is 10 or 12. Many of us were babysitting other children at 10 or 12. Then we have older laws that say you can marry without your parents’ consent at 16 or 17.

L.A.: What are the most important threads to start pulling out of this tightly woven fabric?

Our job as parents is to put ourselves out of a job, period. We’re not meant to parent them for the duration of their lives, or ours. Our job is to ensure they have the skills, the confidence to fend for themselves. We will always love them, but the most loving thing is to prepare them for adulthood rather than pretend that we will always be there to resolve things for them.

This interview has been condensed and edited.