In hopes of keeping viewers, TV networks are increasingly coming to you live 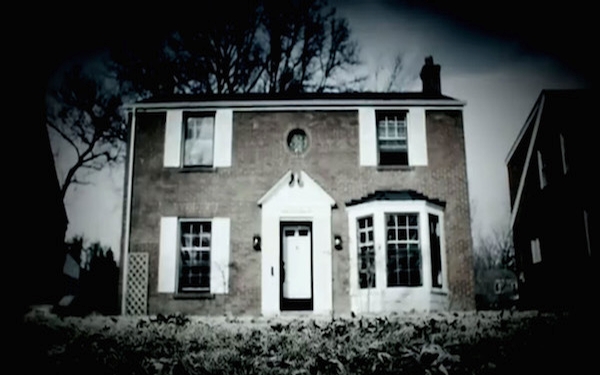 In the past few weeks, TV viewers could watch a brain surgery, three people being buried alive, an exorcism and Neil Patrick Harris cavorting with Kelly Ripa.

What did they have in common? They were all broadcast live.

As TV programmers seek ways to keep viewers tuned into broadcasts as they happen, they have found live events an increasingly useful tool to fight the DVR.

“The Best Time Ever with Neil Patrick Harris” is the first primetime entertainment series to air live in decades.

The others were one-time specials that aimed to lure audiences into watching events where the outcomes were unknown to even the participants. (Of course, viewers on the West Coast often don’t get to see these truly live, but the rebroadcasts for Pacific time typically are unaltered.)

For television executives, these live broadcasts offer a way to combat time-shifting, where audiences tune into programs hours or days or even longer after their initial airings.

Even though people aren’t watching less TV, television ratings continue to crumble as viewers watch shows via their own recordings or through online and on-demand services whenever it is convenient.

In an address to TV critics earlier this year, Alan Wurtzel, president of media research and development for NBC Universal, noted that in 2000, Americans watched an average of 4.9 hours of television a day. By 2015, that had grown to 5.8 hours a day. And yet ratings as measured by Nielsen were down sharply.

That is because of the change in how people watch TV, Wurtzel said. In 2009, 83 percent of TV was watched “live,” that is, while the networks were broadcasting it. In early 2015, that had shrunk to 55 percent.

Broadcasters are doing their best to embrace that change, figuring out ways to make money from their shows no matter when viewers watch them or on what device.

But so far, it is still more profitable to sell advertising aimed at viewers watching in real time. And that’s why the live events hold so much appeal.

Sports remain the most important part of the live equation. They are still the real-time programming that delivers the largest, most reliable audiences. That’s why NFL and NCAA football, once mostly relegated to weekend afternoons, now play in primetime five nights a week. But there are few leagues and many networks, so programmers must seek other live events – or stage their own.

In the early days of television, most of it was live. But that came with a host of problems – technical glitches, missed lines, camera mistakes, onstage accidents – and severely limited the scope of dramatic presentations.

As technology improved, allowing for speedier editing, producers found it far better to shoot shows in advance, allowing time to fix the inevitable problems and create a better product.

Now, technology is helping to spur the return of live television, largely through the use of miniaturized cameras that can shoot in a variety of lighting, allowing things like brain surgeries and live burials to be photographed.

These events might become a staple of television to come, or they might be part of a self-limiting fad. The still unanswered question: How often will viewers be willing to tune into death-defying stunts before they stop thinking of them as special events?

The current craze took off with a Discovery channel special in June 2013, when high-wire walker Nik Wallenda crossed a gorge near the Grand Canyon without a net or safety harness. Wallenda’s daring drew more than 13 million viewers – an astonishing number for Discovery.

But when Wallenda walked between two Chicago skyscrapers a year later, the special averaged fewer than 6 million viewers.

Still, that made it the second-most watched show in Discovery history, and if it didn’t create a flood of wire-walking series, at least it opened programmers’ eyes to the notion that live events could lure real-time viewers.

After Wallenda’s walk, NBC, perhaps coincidentally, announced plans to air a live production of “The Sound of Music.” The musical, which starred Carrie Underwood and was performed on a specially constructed set, drew more than 18 million viewers, the most for NBC on a Thursday night in nine years.

The live musical experiment was repeated a year later, with Allison Williams taking the lead role in “Peter Pan.” Like Wallenda’s second walk, it did about half as well as the first. But NBC will be back in the live theater business again Dec. 3, with Stephanie Mills and Queen Latifah headlining “The Wiz.”

“Big Blue Live”: PBS and the BBC combined for a live nature show from Monterey Bay in early September, when a huge variety of sea life was converging on the area.

“Fear: Buried Alive”: A&E put three volunteers into coffins rigged with cameras and then buried them underground, with rescue crews at hand. Viewers watched their reactions in real time. It was surprisingly dull.

“Exorcism: Live!”: In the most ridiculous of the live events to date, Destination America on Friday staged an exorcism in the same St. Louis house that inspired the story of “The Exorcist.” We hope you didn’t watch it.

“The Wiz Live!”: NBC’s annual live musical staging will feature Charlie Smalls’ musical adaptation of “The Wizard of Oz.” Newcomer Shanice Williams will play Dorothy. David Alan Grier is the Cowardly Lion, Ne-Yo the Tin Man, Elijah Kelley the Scarecrow and Queen Latifah is the Wiz. It is scheduled to air Dec. 3.