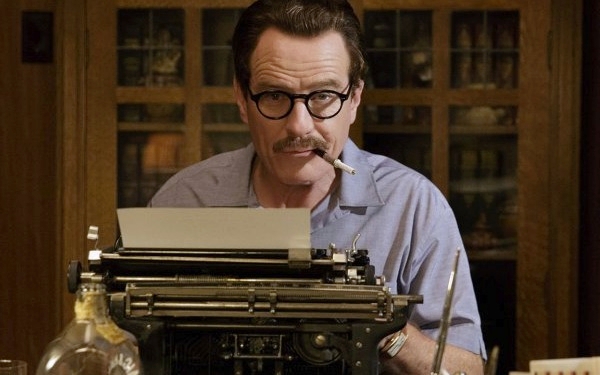 The legacy of Hollywood is something rather unquantifiable. We often forget how great the film industry’s impact has on the world at large, and vice versa, as we seek to forge new realities on the page and on screen. That’s why director Jay Roach’s Trumbo, which spotlights one of Hollywood’s darkest moments in history, is much more than a simple period piece. It reminds us why we go to the movies in the first place.

He may be known for some of the goofiest, blithe film franchises of our day, like Austin Powers and Meet the Parents, but in recent years, we have come to see Roach reappropriate his focus as director. While he’s still churning out the occasional over-the-top comedy, it seems as if the precarious sociopolitical tidings of our day have won his devoted attention. With the quality HBO specials “Recount” and “Game Change,” his interest in keeping the mistakes of history at the forefront of audiences’ minds appears to be at it’s highest.

So, it becomes little surprise that he would want to delve into the world of Dalton Trumbo (Bryan Cranston, “Breaking Bad”), a man who fought, not for the sake of his own political beliefs, but the simple right to even have his own political beliefs. The highest paid screenwriter in the world during The Golden Age of Hollywood in the 1940s, Trumbo also happened to be a communist in a country that wielded extreme fear and oppression of anyone who threatened to usurp the fundamental beliefs of the nation based on the ideal of freedom. That’s when the government and Hollywood itself, misled by the growing paranoia of communism on the home front, attacked its own citizens in the form of blacklists. But there were ten screenwriters and directors who refused to believe that their own political beliefs needed to be defended. These men were The Hollywood Ten, and they would go to jail, they would be ostracized by society, and they would not find work for years… that is until Trumbo decided that, if its theirs name they don’t want on Hollywood’s scripts, then hell, they’ll just use different names.

The story of The Hollywood Ten is a prolific tale that would go on to shape an ideal about what it means to fight against a system for the sake of individual freedoms. To tap into that kind of scope, Roach, with an incredibly rich, detailed script from John McNamara (“Aquarius”), poises Trumbo’s struggle through a lens of the seemingly insurmountable odds that one man faces. Whereas we most often have heard what it was like collectively for a group of artists to be refused work because of what their private belief systems were made of, we now get an in depth account of how that suffocation of freedom and creative spirit affected the psychoses of family, friends, and the man himself.

What becomes readily apparent is that Trumbo is an ambitious project that could have quickly become inundated with the excessive characters, historical details, and broader political scale that comes with telling a story of such magnitude. Yet somehow, McNamara was able to dive precisely and with proper depth into the most riveting and provocative aspects of Trumbo’s world. And to do that, he had to choose, out of all personalities that surrounded the case of The Hollywood Ten, a succinct yet intoxicating group that would support the more individualistic perspective of Trumbo. While the end result may have been overlong and a bit long-winded, you can’t help but be tickled by the personas we have so longed to meet.

From the most iconic actors of the era, like John Wayne and Kirk Douglas, to those who fancied themselves hierarchy of the film caste system, like Louis B. Mayer of MGM Studios, Trumbo, at the very least, is a titillating affair of legends of old.

What is even more impressive, however, is the cast with which Roach got to express this nostalgic world. Shall I do a roll call? It is probably best: Cranston, Helen Mirren, Diane Lane, Elle Fanning, Louis C.K., Alan Tudyk, Michael Stuhlbarg, John Goodman, John Getz, and even more familiar faces carry Trumbo’s journey to great dramatic and dazzling heights, with special emphasis on C.K. and Stuhlbarg. While some of the representations of these icons seem somewhat imitative or overwrought, the majority oozes charm, style, and emotional heft that drive Trumbo home.

And of course, we have to give Cranston his due. Playing a man with endless wit, ambition, and passion for this career that seemed to exist solely for his sake, Cranston delivers, with typical fervor, a relentless portrayal of man nearly torn apart by the polarizing effects of having to fight to not only write some of the most incredible screenplays of the age like Roman Holiday and Spartacus, but to be a proud father, a supportive husband, and the open patriot that he sincerely was.

He wasn’t a perfect man, nor is Trumbo a perfect movie, but there’s a particularity in his sacrifice and Roach’s rendering of it that reminds us why the movies are indeed such a magical place.