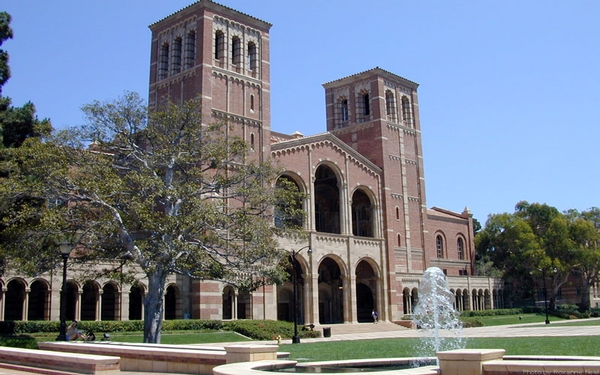 LOS ANGELES — University of California President Janet Napolitano wants to expand enrollment of undergraduates from California by 5,000 next year and another 5,000 by the 2018-19 school year, according to a proposal released Monday.

The plan to boost in-state enrollment by a total of 10,000 students is partly a reaction to public and legislative unhappiness over rising numbers of undergraduates from other states and countries at the UC system, particularly at UCLA and UC Berkeley.

Some of the funding for the new proposal would come from phasing out UC and state aid for low-income students from outside the state; the very existence of such aid has riled some legislators.

A 10,000-student increase would amount to an approximately 20 percent rise over the nearly 50,000 new in-state freshmen and transfer students who enrolled this fall.

The UC regents are scheduled to discuss and vote next week on the matter, which was part of the budget included in the agenda posted online Monday for the San Francisco meeting.

The Legislature last spring allocated an additional $25 million to UC to increase the number of in-state undergraduates by 5,000 no later than 2016-17. Napolitano said that would pay for only half the cost and that the university would come up with another $25 million needed for next year. The university would then seek rising amounts from the Legislature and governor for an additional 2,500 California students in 2017-18 and another 2,500 the following school year.

UC officials are assuming that the Legislature will “continue to support access for California students,” Napolitano said in a telephone interview.

Details of how many extra students each campus can accommodate still are being studied. Napolitano again emphasized that all nine undergraduate campuses would enroll a significant amount, even UCLA and UC Berkeley where demand for admission is strongest.

UC officials are “now working through the logistics of housing, laboratory availability and classroom sizes,” she said.

While boosting Californians, the plan also would continue to increase the ranks of students from other states and nations, but at a slower rate than in recent years. It projects an increase of 1,200 for next fall, compared with about 1,660 more this fall.

Students from outside the state pay tuition that is about triple the $12,200 amount Californians pay, and out-of-state tuition will be hiked each year even as it remains frozen for Californians through at least the 2016-17 school year.

This fall, about 20 percent of the 62,000 new freshmen and transfer students across all nine UC undergraduate campuses are from outside California, although the share is higher at UCLA, UC Berkeley and UC San Diego.

Low-income students from outside the state who are currently enrolled will not be affected by the plan to phase out UC grants, but future students will no longer receive them. The new budget proposal estimates that will save UC about $14 million next year, with the money put toward expanding California enrollment.

In addition, UC is seeking to enroll 600 more graduate students by 2016-17, in part so there will be enough teaching assistants to help lead discussion groups and lab sessions for the extra undergraduates.