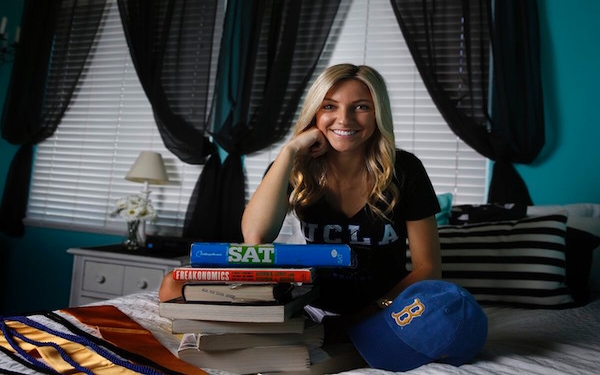 With a bachelor’s degree now the must-have job credential, pressure is mounting to find ways to make college more affordable.

Most proposals to improve access for low-income students focus on tweaking the financial aid system. But what’s required instead is a complete overhaul of what we mean by “college.” It’s time for an entirely different business model, not just to get the cost down but to change fundamentally the way higher education is delivered.

“Going to college” still typically means leaving home to spend a few years at an expensive brick-and-mortar institution and choosing from courses delivered by that institution. Perhaps going to college should be more like hiring a general contractor.

The core business function of the contractor-college would be assembly and quality control rather than running an institution and hiring faculty or holding classes. In this model, the college would customize for each student a package of courses and educational experiences from many suppliers. Degrees would be tailored to the student’s needs, including their home and financial situation, location and career interests. The value of the college’s brand would be in its proven ability to customize a rounded, inexpensive and high-quality degree for each student.

What would a contractor model look like? Several developments in education suggest what the future may hold.

Instead of a sharp division between high school and college, there would be overlap between the two, with students as young as, say, 15, completing college-level classes.

Certain colleges have long accepted Advanced Placement courses for credit. And Minnesota is one of several states already offering “concurrent enrollment,” meaning students can receive both high school and college credit for the same course. This system allows students to reduce their time at college and thus reduce their expenses by continuing to live at home. Simultaneously, it smooths the transition to college-level work. At contractor-colleges, concurrent enrollment would be the norm.

Massive open online courses, or MOOCs, are already cutting the cost of introductory course material to near zero. Now some tech companies, such as Google and Instagram, are joining with MOOCs such as Coursera and Udacity to turn online courses into micro-degrees, the equivalent of majors tailored for particular industries. Meanwhile, College for America, an online spinoff of Southern New Hampshire University that charges just $2,500 in annual tuition, is partnering with companies such as Gap, McDonald’s and Dell to design and deliver degrees for company employees. The Starbucks College Achievement Plan has signed up thousands of employees for its online partnership with Arizona State University.

Expect such partnerships to spread, and expect contractors to play the middleman between online suppliers and students. They will cobble together one or more online industry-certified majors with a semester abroad, electives and a brief period of residence at a brick-and-mortar institution, all of which adds up to a full degree.

Contractor-colleges would also base progress on completing assignments and examinations rather than credit hours. This approach would allow students to study at the pace that’s best for them, enabling many to cut the time and cost needed to gain a degree. Western Governors University, an online nonprofit with affiliates in several states, is among the colleges already basing progress on demonstrated competence rather than the traditional hours spent in the classroom.

The key ingredient needed for contractor-colleges to take off is reform of accreditation. Today, accreditation applies to specific institutions, not courses. And it is no sure guarantee of quality — witness the dismal graduation rates at some accredited institutions. But formal accreditation is needed for students to have access to federal aid. Although that’s not a huge problem for a student enrolling in a low-cost online course, it’s a significant issue for a contractor-college assembling a broad range of educational experiences for modest-income students.

There’s reason to believe, however, that our accreditation system could soon start to change. For instance, the Obama administration recently announced a pilot program that will grant accreditation to institutions at which more than half the curriculum is provided by nonaccredited partners.

Even better would be to imitate Britain. There, a nonprofit credentialing organization called City & Guilds operates in parallel to regular university accreditation. It credentials course curricula and arranges examinations for courses that can be taken anywhere. If the U.S. adopted a similar program, contractor-colleges could organize a degree from a menu of certified courses.

A contractor intermediary serves clients by bringing components together from various suppliers to create a more cost-effective and customized product. For example, Google’s Android mobile operating system links a vast range of hardware and applications and permits customers to obtain phone services from multiple telecommunication companies. We need the same model in higher education to get quality choices up and costs way down.

Stuart M. Butler is a senior fellow at the Brookings Institution. He wrote this for the Los Angeles Times.