How a movie’s food makes it to the screen 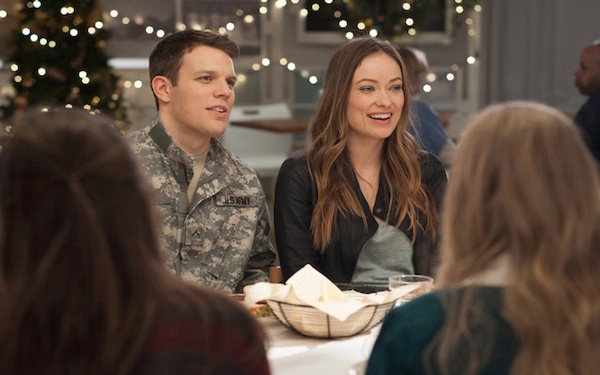 In some movies — a lot of movies, actually — if you see a character eating ice cream, the actor is really licking mashed potatoes. And that great-looking cake? It may be frosting spread over Styrofoam.

In movies (and television and advertising), the job of preparing the food seen onscreen falls to the food stylist. It is the food stylist’s job to make sure all the food looks like it is supposed to, that the items that are going to be eaten are safe and edible and that they can stand up to the time-consuming rigors of shooting a movie.

“Love the Coopers” is a holiday film that builds to a big scene at a family Christmas dinner. Because the food plays such a major role in the scene, and the actors would actually be eating it, the filmmakers insisted on total verisimilitude. Everything would not just be edible, it would be exactly what it was supposed to be.

The task for creating the movie’s food fell to food stylist Melissa McSorley. In a recent phone interview, she said that director Jessie Nelson “wanted it to be a beautiful family dinner, but she wanted it to be attainable, one that the average person could make. She didn’t want it to look like it was made by a caterer.”

So there is turkey, glazed ham, mashed potatoes, a “dump salad” (Cool Whip, Jell-O, fruit and maybe some coconut all mixed together) and that green-bean casserole. But in deference to the actors who would be eating it, McSorley gave the casserole some upscale touches. She hand-fried the onion strings on top, for instance, which were such a hit with the actors that she ended up frying 40 to 50 onions.

The dinner scene was shot over seven or eight days scattered throughout a period of about three weeks, and that meant making large amounts of food that the actors enjoyed eating over and over again. Because they were actually eating it, their plates had to be frequently refreshed. On any given day, they went through about 15 fully cooked, fully seasoned turkeys, she said.

And then there was the challenge of meeting the cast’s dietary restrictions.

“Some were dairy-free, some booze-free, some of them love protein. Some people picked and chose what they would eat off of their plates. … Within the cast there were vegetarians, vegans, those who prefer gluten-free. A couple of people asked, especially because there were little kids, there would not be as much sugar,” she said.

Star Diane Keaton, for instance, is a vegetarian, “but she absolutely loves cheese.” So the cheese plate was kept toward her end of the table.

The film includes a running gag about the family dog eating the humans’ food, so McSorley had to keep the dog’s dietary restrictions in mind, too. She made sure the items he was going to eat did not include onions, and they kept him away from foods containing raisins, cranberries and grapes. And most of the sweets he was to eat were made without sugar.

No doggy treats were buried in the food; the well-trained dog chowed down on whatever was placed in front of him.

“He was one of my biggest fans. He probably ate more food than anyone,” said McSorley, who herself has three dogs.

Though she was the food stylist on the food-centered film “Chef,” most of her credits have been on television. Her work on “Mad Men” gave her the opportunity to cook the food of the 1960s, and, in flashback, the 1930s and ’40s.

The makers of “Mad Men” were fanatical about getting all the period details correct, she said. One pivotal scene took place at a Howard Johnson’s restaurant, and in order to get the look just right they actually found old Howard Johnson’s ice cream scoops, which had a distinctive point on them. But because the ones they found were old, they had them replated to look new.

On the vampire show “True Blood,” she received what she called her “on-the-job” training on how to make edible fake blood that looked real. Yet it still had to fit within the dietary restrictions of the cast. That means no sugar products including corn syrup, which is often used to make fake blood.

One scene in “True Blood” called for fruit to be infested with maggots. That was McSorley’s job, too. She used tweezers to place the maggots.

“I found you can actually buy them online. They ship them out to you,” she said.