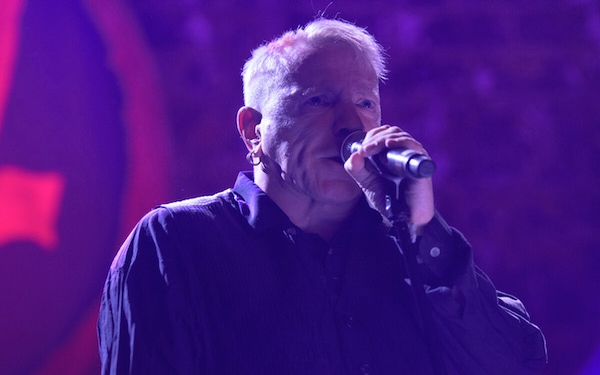 Usually, the easiest way for John Lydon to disappoint somebody is to be nice to them.

Lydon — the current frontman of post-punk forefathers Public Image Ltd and, of course, the former Sex Pistols frontman known as Johnny Rotten — has a longtime reputation for thorniness, though he really seems quite sweet.

Lydon, 59, knows that for some, an unsnarling Johnny Rotten is hardly worth the bother. “It’s unfortunate because this is how I genuinely am, open and friendly,” he says. “I see no reason to be any other way. Unless I’m insulted, and then it’s going to be both barrels of the word gun.”

Lydon formed PiL after the Sex Pistols broke up in 1978. The group released a handful of groundbreaking albums, suffered endless lineup changes and eventually took an almost 20-year break from recording. Lydon struggled during those years to clear PiL’s old debts and fund its reunion, appearing on reality TV shows (“I’m a Celebrity … Get Me Out of Here!”), hosting nature documentaries, appearing in a British butter commercial and fitfully reuniting the Sex Pistols.

PiL returned in 2009, and recently released its second post-hiatus disc, “What the World Needs Now …”. Lydon, a Malibu, Calif. resident for the past 30 years, recently got on the phone to talk about Public Image, the Pistols and the presidential race. An edited version of the conversation follows:

Q: You’ve said that you’ve never enjoyed the company of people more than in the current version of PiL.

A: This is how I always wanted it to be, right from the very first band I joined, and of course, it wasn’t the case. I’ve always strived to maintain a very healthy, friendly working situation, and lo and behold, it only took 40 years, so the next 60 are looking bright. You’re dealing with human beings on the cutting edge, and there’s bound to be tension. You have to make room for that, and you can’t be too unreasonable, because that’s everybody else’s role. The generosity is almost overwhelming. It’s quite novel to me. … We don’t like to lie. We just get on with it.

Q: Not even polite white lies, like “That looks good on you”?

A: You daren’t do that. That would be the worst crime of all, for anyone who’s about to step on stage.

Q: What about to your wife?

A: Nora and me have a very, very honest relationship. From the first day we met, we argued. That sense of integrity we have with each other, things have to be what they are. I don’t want to go out with my wife looking like a bag lady. Why would you?

Q: All the years that PiL wasn’t recording, were you in contact with each other, like, “Soon we’re going to get the band back together”?

A: No, I was very despondent. Two decades in the doldrums. I had to go into TV work and advertising to buy my way out of the old contracts and restart.

Q: These days, all you’d need to do is start up a GoFundMe campaign.

A: Oh no, no, no. Listen, I’m not getting involved in any of that nonsense. To me, that’s all pyramid schemes and pie in the sky. It has to come from hard work. That’s where money comes from, you work hard and you earn and then you spend it on correct things, and Public Image is a correct thing.

Q: What was it like when you got back together? Did you have to convince audiences you were relevant?

A: There’s always been a PiL crowd, always, but now it’s expanding. … As far as I know, I’ve done no harm to no one, and yet I’ve been presented with these ridiculous industry barriers. I’m looking out there, and off the top of my head I can name 20 bands that pay serious attention to us. Some of them are actually trying to sound like us. That’s all well and good, that’s a compliment. I just wish they could be honest.

Q: Do you want to name them?

Q: Do you find there’s an overlap between Sex Pistols fans and PiL fans?

A: Well, the people, including the singer (laughs). There’s a division there that’s never caused a problem. It is quite amazing that I’ve managed to have two entirely separate careers, both of them running at the same time … I will always pay respect and homage to my early years, because that’s what gave me the initial push to go on and do what it is I do. That’s where I learned the love and respect for music. They were a fantastic band to have been in, and a joy to my whole way of thinking.

Q: Was there a time when you might not have looked at it so magnanimously?

A: Life’s too short to take it seriously. We’ve decided not to work with each other anymore. We’d rather be friends.

Q: So, no more reunions?

Q: You recently became an American citizen. Did you have to take a test, and (renounce) the Queen?

A: I went through the process in much the same way as every immigrant wanting to become an American. When I got my certificate, I was in a hall with about 5,000 other people. We received our certificates one by one, and I loved every minute of it. It brought tears to my eyes. It’s quite a wonderful thing for Americans to accept me.

Q: Now you get to vote. I picture you as a Bernie Sanders kind of guy.

A: No! Is that that doddery old what’s his name? That’s the old socialist, isn’t it? … I see very little difference between the two parties, actually. I’ve got friends on both sides, very close friends. In case anybody thinks I’m very left wing, there’s a man on the right, John Kasich, who I really do respect. Although he’s got a religious background, he’s one of the most open, friendly people I’ve ever met, and that’s just after an hour.

Q: It’s hard to imagine you two hanging out.

A: Please, it’s highly possible, but I could say the same thing about Newt Gingrich. I really liked his personality. Anybody who says, “Look, John, I’m a politician. Don’t believe a word I say,” is a friend of mine.