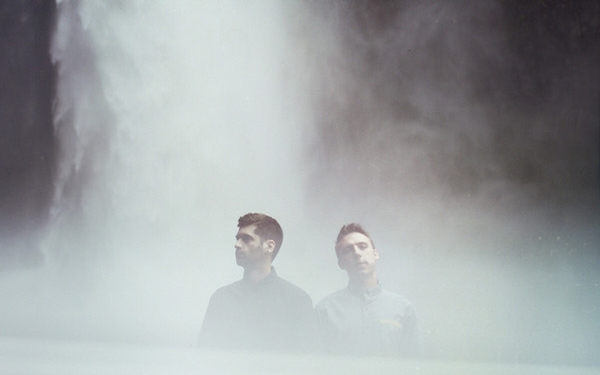 Seattle electro-pop duo Odesza has only been together for three years, but already Harrison Mills and Clay Knight have demonstrated that they can command a big stage in front of tens of thousands of fans.

At Lollapalooza in Chicago this summer, Mills and Knight built a performance that blended programmed elements with on-the-fly change-ups, multimedia and spontaneity, ebb-and-surge dance tracks and pop melodies. There was a guitarist, a horn section and the Chicago Bulls drum line, the Stampede. The show suggested a play or a movie, with one scene leading to the next, each holding a surprise that ratcheted the momentum higher. It was a heck of way to spend a summer evening in Grant Park as the sun dropped behind the downtown skyline.

That performance underlined how Odesza has quickly separated itself from the DJ-dominated EDM scene. Business is booming for dance music, with star DJs and electronic composers filling large theaters, arenas and festivals in North America. Odesza is coming off a sold-out 2014 tour and a series of festival appearances this summer.

“We didn’t know how to perform this music live, we had no idea,” Knight says of Odesza’s initial shows in 2012. “There’s a gap in electronic music between the ability to make great music in the production world and the ability to go out and perform it. That’s an area that’s really lacking, and we’re trying to do something different. We found a way to trigger loops and build and remake songs by moving pieces in and out. We’ll mix the synthesizers and drums from different songs, and mix and match different elements. We started doing that two years ago, and added a guitarist and horn section, and once in a while we can add a drum line like we did at Lollapalooza and Coachella.”

“I wish we could do that all the time (with the drum line), it would be a dream,” Mills says. “I’d love to do a full orchestra some day.”

Such ambitions seemed ridiculously out of reach when Mills and Knight began collaborating in 2012 during their senior years at Western Washington University in Bellingham, Wash. Most of their fellow students were into indie rock and folk, and Mills and Knight felt like they were both out on an island experimenting with electronic composition on their own when a mutual friend introduced them.

Both had studied traditional instruments while growing up outside Seattle, but in college gravitated toward the independence afforded by sampling. Mills bought a sampler off eBay when he was 19 and began experimenting with mixes that blended disparate sounds from the likes of CocoRosie, experimental folk music, Boards of Canada and Sigur Ros. Knight played in a couple of bands in high school, but a roommate introduced him to electronic music and he was hooked. He and Mills forged a bond when they began working on remixes of ‘60s Beach Boys vocal tracks.

“We like classic music, and we were just looking for ways to make it sound modern,” Mills says. They began trading beats and pieces of music on their computers, developing compositions that mushroomed into an enchanting single, “How Did I Get Here,” and a chilled-out album, “Summer’s Gone” that folded together thumb pianos, loops of obscure indie vocalists and snippets of Gotye and Santigold. The free recordings got millions of streams online and built enough of a buzz that the duo was able to tour, eventually opening shows in 2013 for Pretty Lights.

“We thought that if we ever got to play a show with one of our idols and meet him, that would be the ultimate,” Knight says. “We kept our heads down and worked hard. We were writing a lot of music on the road. It ended up having a snowball effect, but there were plenty of moments where we thought that next month we’d have to get a real job.”

A 2014 follow-up album, “In Return,” put a greater premium on pop hooks and vocal melodies.

“We mix so many different kinds of music, and we spend a lot of time listening to undiscovered artists on Soundcloud,” Mills says. If a vocalist inspires some music, they’ll reach out to the artist with a demo and then let the singer respond. “A lot of times we scrap the demo after hearing their vocal and take the song in a new direction.”

The producers excel at taking those songs and turning their albums and concerts into journeys rather than as showcases for singles.

“We related more to album-based artists and the singer-songwriter stuff that was around us growing up,” Harrison says. “And that’s influenced how we approach the shows, by adding a lot of live elements with a guitarist and our own drumming and electronic drumming. EDM used to mean you’re a guy with a laptop on stage. When we play live against artists in that realm, we do like the energy that EDM creates, but we go about it in a different way.”