New Apple TV has promise, but doesn’t reach it yet 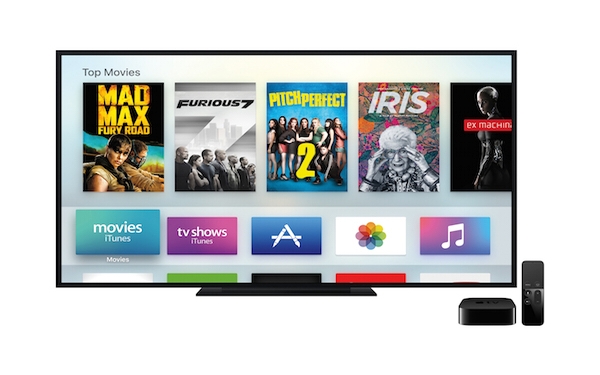 For the newly overhauled Apple TV, Apple is ditching its curated approach and will offer an app store similar to the iPhone's. (Photo courtesy Apple/TNS)

When Apple unveiled its new digital set-top box in June, I wrote that Apple TV had the potential to revolutionize the way we use our televisions, transforming the simple boob tube into a computing device through which we could do a lot more than watch videos or play games.

After testing the new digital set-top box over the past few days, I still think it has that potential. Already, you can find apps for it that will let you shop for a house or read digital books on your big screen. But it’s got a way to go before it offers a truly satisfying interactive TV experience.

The new Apple TV, a squat black cube that’s about the size of a hockey puck, is more than a streaming media device. Instead, it’s a quasi-computer. By giving the device a full operating system, an app store and the ability to run third-party programs, Apple has basically created an open platform akin to the iPhone or iPad, but one that can be attached to the biggest display in users’ homes. That will make it easier for users to share information that’s on the screen, to view things in closer-to-life size and to tap into full-room sound systems.

Many of the early Apple TV applications are obvious, because they focus on the things we already do with our TVs and entertainment centers — watch videos, listen to music and play games.

In addition to Apple’s own video and music services, you can find in the app store an array of video apps, including Netflix, Hulu, YouTube and HBO and many others, both popular and obscure, such as ESPN and Crunchyroll.

You won’t yet find as wide a range of video apps on Apple TV as you will on Roku or other boxes. Dish’s Sling TV doesn’t yet have an app for Apple, for example. And right now, Apple TV’s app store lacks Pandora, Spotify and other popular music apps. But you can get around some of these limitations by beaming videos from such services to your TV using an iPhone or Mac computer.

On the game front, you’ll find a diverse collection of offerings, everything from the kind of casual, time-killing games like “Crossy Roads” that are popular on smartphones to ones that rival console titles in their graphical sophistication, like “Galaxy on Fire — Manticore Rising.”

The choices to date won’t inspire anyone to chuck out their Xbox or PlayStation and don’t even approach what you can get through Nvidia’s Shield. But they’re already better than what you’ll find on Roku and rival what you’d see on Amazon’s Fire TV.

My daughter and I enjoyed playing Smule’s Karaoke-like “Sing!” game and she laughed as I tried to hit balls in time with the music on “Beat Sports.”

Beyond games, videos and music, some app developers are already exploring what it could be like to use apps on a TV. With Zillow’s Apple TV app, you can see pictures of nearby homes for sale. With the QVC app, you can buy products mentioned on the network. With MakeFire, you can see comic books set in motion on the big screen. And with Sharks, you can see live broadcasts from the aquariums inside the California Academy of Sciences in San Francisco.

I’m not sure that any of those is a killer app for Apple TV, but they give a sense of how the device could be used in the future in revolutionary ways.

But as much potential as the device has, it’s still pretty rough around the edges. Unlike Amazon’s new Fire TV or the Roku 4, Apple TV doesn’t support 4K video. I don’t think that’s a huge deal right now, because there’s not a lot of ultra-high-definition video available and 4K is only really important on very large TVs. But 4K is likely to become more important in the future.

Right now, Apple is limiting the types of accessories you can connect to Apple TV. You can’t attach a keyboard to it, for example. Nor can you connect a Webcam. That’s unfortunate, because it would be great to be able to make video calls on your television.

The biggest problems with Apple TV revolve around how users interact with it. Apple designed a new remote for the gadget that replaces the four-direction arrow button on the old remote with a small touchpad. Instead of navigating by pressing an arrow key, users swipe left, right, up or down on the touchpad.

That swiping motion works great for quickly scanning through movies or even trying to narrow in on one particular scene. The speed with which you go through the movie depends on how quickly you swipe. That motion also works well for scrolling through a bunch of app icons.

But because the touch surface is placed immediately above the menu and home buttons, it can be easy to inadvertently tap one of those buttons when you swipe up, taking you out of whatever app you’re in. And it’s not terribly easy to use the touch surface to interact with an on-screen keyboard, such as when you need to enter your username or password to log into Netflix.

On the old Apple TV, owners could enter text using the virtual keyboards on their iPhones and iPads via Apple’s Remote app. Unfortunately, Apple has yet to update Remote for the new Apple TV, so for now you’re stuck with using its remote control and on-screen keyboard.

The other way to interact with Apple TV is through Siri, which you activate by pushing a microphone button on the remote. You use Siri to launch apps and to search for content. You can ask Siri to make general searches, such as to find the best ‘90s movies. Or you can ask it to search for very specific things, such as the “Friends” episode in which Brad Pitt guest-starred.

When Siri works, it’s great. I used it to find movies, launch apps and show me the weather. But just like on the iPhone, Siri on Apple TV is inconsistent at best and downright unreliable at times.

For example, I asked Siri several times to show me “Downton Abbey” episodes. Siri never could figure out what I wanted; instead it kept thinking I wanted it to search for videos with “abbey” in the title. Similarly, when I told Siri that I wanted to see movies that Joss Whedon had produced or directed, it couldn’t figure out who I was talking about, interpreting “Whedon” as “Weeden.”

Apple will likely fix many of these issues over time. I wouldn’t be surprised, for example, if an update to Remote rolls out shortly. And the app selection is getting better each day.

That’s why I’m excited about the new Apple TV. It may need some work, but it has lots of promise. If you’re willing to wait for Apple to work out the bugs, it could be a great — even revolutionary — gadget.

Dislikes: Pricey; Siri is inconsistent; can’t use phone to enter text on screen; touch-sensitive remote can be tricky to use for entering text or playing games; app store doesn’t offer range of video or photo apps available on other devices; search looks at only five video sources for now; doesn’t support 4K video; will connect with only a limited number of accessories; no easy way to organize apps