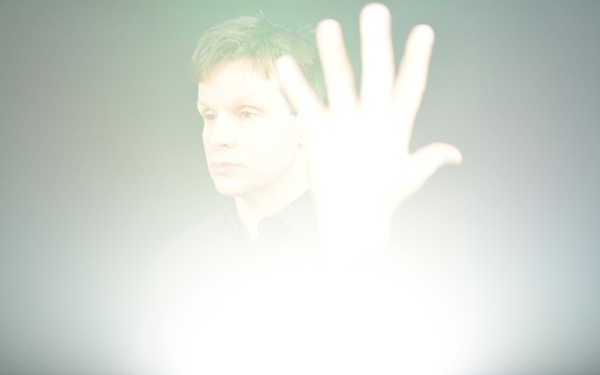 Lurking in one of the most bustling independent music scenes, way over there in Athens, GA, is a guy who loves music—no, not just love. He adores, breathes, and pulses with it. His knowledge of the music’s language and history has gone on to fully inform his art as a songwriter. He goes by the name Five Fingertips, and although you may never have heard of him just yet, there could very well be a change in the tide as his first eponymous album has recently come to light. Think precisely crafted lyrics mixed with deeply thought and felt melodies, all overlaid on a homegrown vibe, and you have only but a slice of Five Fingertips. The rest is for you to find out. Here’s what he had to say about his process, his history, and his future.

Campus Circle: Upon churning out your debut album, what are the elements you are driving towards achieving before releasing it? When is it perfect? Is it ever perfect?

Five Fingertips: My main goal during the final stages was to give the record a feeling of completion and cohesion for all of the tracks. I didn’t want it to sound as if one song was earmarked and given all of the attention, while the others were neglected and thrown together at the last minute. In my listening habits, I’ve always gravitated towards artists who record a full album’s worth of material. I’ve never been someone who likes a band or musician for one song and one song only. I listen to albums, not singles. I have only a handful of “greatest hits” compilations in my music library, and only in cases where the albums of a given artist are out of print. If you listened only to greatest hits collections, you would never know about brilliant songs like “Visions of Johanna” or “Pagan Baby.” You would know the Jimi Hendrix Experience, but not the Band of Gypsys, which was much more interesting, to me anyway.

Having said all that, somehow a greatest hits compilation from decades ago ended up in my playroom as a child. It had songs from Black Sabbath, Gladys Knight, Barry Manilow, Barry White, Alice Cooper, and Dr. John. There was also a 45 rpm single of a disco version of Beethoven’s Fifth Symphony in my playroom. I didn’t buy those things. I was way too young to possess expendable income. But that eclectic mix of music scarred me for life. As for perfection, we all know that it doesn’t exist, save as some hypothetical in our imagination. Sometimes you can make things worse by trying to make things better, when recording music. More often, all you do is make things different, not better or worse.

CC: Not only does your sound ring of the classic Americana state of mind, your lyrics also somewhat beg of a simpler time—where social media isn’t driving our day to day lives, where people can’t seem to connect to their fellow humans in a meaningful way anymore. Did you go into Five Fingertips with the mentality that this would be the ongoing theme? How does that idea inform you as an artist?

FF: I must confess that the term “Americana” is completely foreign to me. I don’t know what it means. So, if there are elements of that in my sound, it is not a result of conscious effort.

As for the theme of technology and “a simpler time” before “social media,” it is important to recall that those simpler times were less than a decade ago. I’m not hearkening back to the preindustrial era, or the Italian Renaissance, or something ancient. The current state of affairs, where everybody basically has a broadcasting station (a smart phone) in the palm of their hand during all waking hours, this is an entirely new phenomenon. It has only come to pass in the last five years, maybe ten years maximum. I didn’t go into this project with the idea that the theme of technology would be recurrent. When writing music and lyrics, I try not to control the process. I let the process go where it will. I monitor it. I steer it in other directions, if I don’t like a particular path it’s taking. I try and removed things that I think aren’t good, or redraft things that I think could be better.

Please be aware I too am part of this broader social media trend. I am not exempt. I don’t have a personal Facebook profile, and likely never will. But I use my computers and devices incessantly. I do make a conscious effort, though, to never use my phone or device in the presence of another person, unless I absolutely have to. It’s just a personal choice. It results from my own personality. It results from the fact that a family member of mine is no longer alive, because someone else was incapable of putting their phone away while driving.

CC: What’s it like being a musician in Athens, GA, a town rich in contemporary music phenomenon? Does your southern upbringing directly inform how you view your own projects?

FF: I am from South Carolina. I grew up in Columbia, and came of age in Charleston. I have lived in Athens, Georgia for seven years. I have also lived abroad. My southern upbringing does not inform or define my projects even to the slightest degree. Contemporary notions of Southern identity are a fantasy, a mirage. They are essentially a product of three industries. First, there is the tourist industry. You should visit Charleston. It’s a beautiful city. (It really is.) Second, there is the Hollywood cultural industry. Do you need a character who is exotic, not-too-bright, a little backwards, and drawls, but one who is also wise somehow, and full of quaint proverbs, wholesome truisms about life? Well, we can dust off a hackneyed stereotype of a Southerner for you. Third, there is the advertising complex of Madison Avenue. The advertising world simply presents the same Southern stereotype in a more digestible 30-second commercial spot, whereas Hollywood specializes in 2-hour feature films about it.

There may have been such a thing as a Southern identity some 50 years ago. It no longer exists. With the growth of television, national retail chains, the internet, and general globalization, there has been a profound homogenization of American culture. Drive down the road in one direction in the South and you will find all the standardized food, hotel, and retail chains that you find in the West, Midwest, or North. Drive a few more miles and it all starts over again. It’s a phenomenon I call: “Anywhere, U.S.A.” There are differences of accent and local idioms of speech. True. That is about it. Flannery O’Connor would not recognize this newer iteration of the South.

CC: Where do you start in the music writing process? With lyrics, with a melody? How does that starting point unfold into a full-bodied record? What’s the most challenging aspect of the process?

FF: I start with a chord progression or riff written on an acoustic or electric guitar. To me, the music itself needs to stand on its own, to have something intrinsically interesting about it, without vocals. From there, I graft onto the progression a vocal melody and lyrics. The most challenging aspect of the process is the lyrics. If I were a more traditional lyric writer, or cared less about the lyrical content, it would be easier. I’m not, and I don’t. So it’s difficult.

CC: Do you find it difficult to find a unique voice in an industry that is constantly sampling, borrowing, and often stealing from various sources? When looking at other singer/songwriters in your genre, how do you see yourself situated in the mix?

I do realize that I just “sampled” Bruce Lee, to answer a question about originality. But he stated things so aptly. I could do no better. I would just add that we can never actually know whether we have actually “expressed ourselves honestly.” We can only try.

CC: Your vocals bring to mind sounds of Cobain and Springsteen influence, especially in “Nod” and “Blue Cliff Record”—how do you find inspiration in creating your own sound?

FF: I have great respect for Bruce Springsteen. But, very frankly, I have never listened to his music to any degree. It just doesn’t speak to me personally, although I recognize him for the icon that he is. I have listened to Nirvana. Any male who has strummed a guitar in the last 20 years is aware of their body of work, either directly, or through their imitators. I’ve never sought to emulate them. If anything, I’ve tried not sound like them. My singing voice is a much more limited instrument compared to his. But I don’t hear any more or less influence from Nirvana in my music than I do from, say, the Rolling Stones, Creedence Clearwater Revival, Sly and the Family Stone.

As I type out this interview, I am listening to the complete organ works of J.S. Bach by Werner Jacob. It’s nearly 19 hours long! (Like my interview responses.) Quite an “album.” I mostly listen to “conservatory” music on a daily basis. I say “conservatory” because if you say “classical,” you are really talking about a specific historical period, before “Romanticism” and after “Baroque,” to which Bach’s music belonged.

CC: Now with Five Fingertips out, how do you look forward in your songwriting process? How do you hope to grow? What do you most seek to achieve in your music? What do you want your listeners to take away from your music?

FF: As with the writing of this album, for the next album, I will try not to control the direction in which the next project wishes to go. It could be acoustic. It could be more thoroughly electric. It could be oriented more towards keyboards and synthesizers. I already have the songs. It’s just a matter of recording them.

I don’t really seek to achieve anything in particular in my music. Like any form of art or career path, there are people involved who are there for a variety of motivations. In the music industry, there are people who are motivated more by the fame aspect, than the music itself. There are others who simply like music, or like making music. It is as natural to them as breathing, eating, and sleeping. I certainly qualify as one of those types. I can offer a quotation from the sculptor Jean Arp to explain: “What can I do? It grows out of me like fingernails. I have to cut it off and then it grows again.” I play music almost because I have to. It is a natural outlet for a creative energy that would sometimes be easier not to possess. Just like someone who does not like music would probably be at a loss as to say why they don’t, apart from: “It just doesn’t appeal to me.” I say: “It appeals to me, and I don’t know why.

As far as what listeners take away from my music, that is completely out of my hands. They may not like my sound. But, hopefully, they will at minimum recognize the sincerity from which the source derives.

Five Fingertips is now available on iTunes, Amazon, and other retail outlets near you!