Terry Zwigoff: For the Director of Art School Confidential, It's All About the Actors 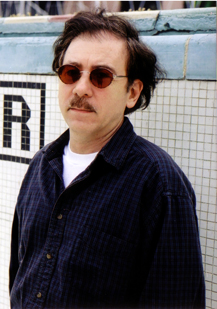 Terry Zwigoff is very much an actor's director. To him, the performance is the most important element of a film. This isn't surprising judging by some of the great performances he's directed in past films, such as those of Thora Birch and Steve Buscemi in Ghost World . With his latest, Art School Confidential , come more from Max Minghella and Jim Broadbent, to name two. However, with his offbeat but spot-on casting, Zwigoff admitted he's had his differences with the studios over actor choice.

“I've walked away from a couple of things where I've really liked the script,” Zwigoff says. “The bottom line is the performances and the nuances of the actors. For me, it comes down to the actor's face on screen. I find if I'm looking at anything else, like the costume design or that desk in the background, it's a really crappy film.”

Zwigoff understands that film is a business, though.

“I like character actors,” he says. “Studios like movie stars. The bottom line is the film's gotta make money. Tom Cruise, Tom Hanks, people want to see them, for whatever reason.”

In Zwigoff's first narrative film, Ghost World , the lead character, Enid, takes an art class, where a piece by one of her classmates of a tampon in a teacup is deemed “really wonderful” by her teacher. That scene becomes expanded in Zwigoff's latest, Art School Confidential , a part art satire, part murder mystery, part growing-up drama.

Minghella plays Jerome, a new student at Strathmore Institute, who wants to become the next Picasso, his idol. He is brought down to earth quickly in his classes, getting frustrated when art that he hates gets all the attention. At the same time, a serial killer is on the loose around campus. This film marks the latest collaboration between Zwigoff and comic strip artist Daniel Clowes. The two co-wrote the screenplay for Ghost World and Clowes takes sole writing credit here.

“We became very good friends on the set of Ghost World ,” says Zwigoff. “When that ended, we said we have to do it again. I thought, what else has Dan done that might be good for a movie? I remembered he had written a three or four page comic strip called Art School Confidential and I thought it was the funniest thing I've ever read.”

Although he has said he doesn't usually read comics, Zwigoff says he likes Clowes' work because of its good dialogue. Clowes was also an artistic consultant on this film. Through doing research, speaking to art professors and relying heavily on Clowes, Zwigoff says he wanted the details to be there, right down to the placement of the easels.

“I don't want people to say, ‘that would never happen in art school,'” Zwigoff says.

Most schools turned Zwigoff down because of the subject matter of the film and its language, but he settled on Pasadena City College.

“It was not a great location, I have to say,” Zwigoff says. “We were limited.”

The art itself was an important part of the process, from Jerome's emotional work to other characters' simpler paintings. “A lot of times I see art in films I say, ‘I don't buy that from that character,'” Zwigoff says. “We cast a different artist for each character.” Clowes himself supplied the art for the character of Jonah.

In terms of the actual casting, there is a diverse collection of actors, from newcomer Minghella to veterans Broadbent and John Malkovich. Admitting that perhaps it's a result of the characters he tends to play, Zwigoff says that Malkovich was an intimidating presence.

“John Malkovich is a very unsettling actor to direct,” Zwigoff says. “I had a lot of trepidation directing him.”

Malkovich appears to have an easygoing way of speaking that is similar to his character's tone in Art School , according to Zwigoff's impersonation of him.

“Whenever I'd tell him something, he'd say, ‘That's a wonderful idea.'” Zwigoff says. “I told him, the way you say things, I don't believe you. Because he was being so polite, he seemed sarcastic.”

Zwigoff says he just does whatever it takes to reach his actors.

“Who cares if someone explodes or punches you in the face? Every actor is different. When I can be very direct with them, that's a joy.”

Zwigoff had no time to waste on this film, with a small budget of $10 million and a tight shooting schedule.

“$10 million doesn't go far these days,” he says, noting specifically that less money means less time with his actors. “But you know, gas is $3.25 a gallon. It's all relative, I suppose.”