For Longchamp, the entire fashion collection starts with handbags 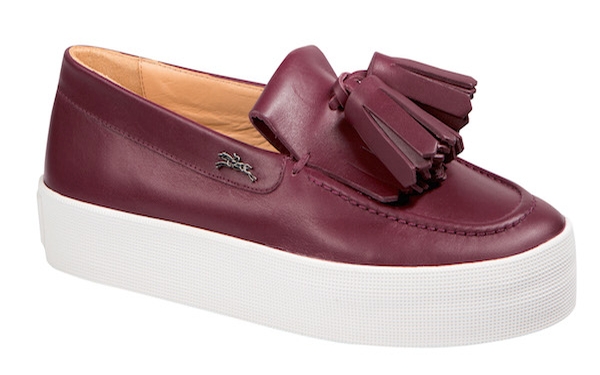 Over the years, Longchamp has let Scott use Le Pliage as a canvas for a number of limited-edition designs inspired by his self-named ready-to-wear collections. The highly collectible bags have featured eye-popping graphics including brightly colored piles of pills, 1980s Madballs characters, Zodiac symbols and retro postcard images. A $370 “Greetings from Hollywood” design was released to coincide with the L.A. celebration and anniversary.

Founded by the late Jean Cassegrain in 1948, Longchamp is still a family business 60-plus years later, run by the second and third generations. I sat down with creative director Sophie Delafontaine and Chief Executive Jean Cassegrain (the founder’s grandchildren) while they were in town, to learn about the brand’s heritage, including the back story behind their father Philippe Cassegrain’s origami-like Pliage design, which debuted in 1993. Here are the takeaways.

Longchamp started with pipes, not bags — and even Elvis was a fan.

“A lot of young men were smoking pipes at the time, and a lot of Americans were coming through Paris after World War II. At some point, Elvis Presley must have been through Paris and purchased the pipe,” Cassegrain said. “The name of the store was not Longchamp at first. It was a tobacconist, selling cigarettes, cigars, lighters and stuff like that. My grandfather was successful supplying the GIs in Paris, but when they went home he was left with an excess. So to give his pipes an identity, he decided to cover them in leather and stamp them with the Longchamp name, after the racetrack in Bois de Boulogne, since another company was already using the name Cassegrain.” In the 1950s, the company expanded into leather goods, then luggage and eventually handbags and ready-to-wear.

More than 30 million Le Pliage bags have been sold worldwide, and it takes more than 100 steps to make each one.

A tote that folds flat, Le Pliage (French for “the folding”) comes in a range of sizes and fabrics including leather, nylon and canvas, all accented with a signature leather oval that snaps over the leather handles. On the brand’s website, you can customize your Pliage by choosing colors and monograms.

“Our father was the first person to have the idea to make luggage from nylon. And the first nylon he used was the nylon used by the French army for the floor of their tents. It was khaki-colored,” Cassegrain explains. “It’s not that unique to put crocodile or gold everywhere to make luxury,” he says. “Luxury is something (that is) well-suited to your need.”

Longchamp makes clothing to accessorize its bags, not the other way around.

“I started with six or seven pieces — coats, jackets, very simple,” says Delafontaine. “Season after season, the collection has grown, and now we also have shoes. I always start by designing the handbag collection first, which is different from most brands. I like to use leather and play with it. I make jackets that look like cashmere sweaters but are in lambskin so soft and light, you can fold them in your luggage, for example.”

Longchamp may seem traditional, but the Jeremy Scott collaboration has been seamless, so much so that not one of his designs has ever been rejected.

“We call ourselves an optimistic luxury brand, and we like his optimistic point of view,” says Delafontaine. “He’s fun, pop and colorful, and he has a huge sense of humor — even about himself. His designs may be eccentric but it never becomes trash.”

Hermes is not the only luxury goods brand hand-making bags in France; Longchamp does it too.

Longchamp has six factories in France, mostly in the Loire Valley region. Half of what the company makes is done there, and half is done outside. “It’s difficult to automatize the making of handbags, so a lot of it is manual,” Cassegrain says. “Hermes is quite unique, insofar as the same person makes an entire bag. Even brands like Vuitton and Chanel don’t work like that. But the know-how of our workshops is impressive.”

“For the 20th anniversary of Le Pliage, we created the Pliage Heritage, a version of the bag in full leather,” Delafontaine says. “The opposite of foldable nylon, it is very structured. And I was pleased to work with our team on it to show all the qualities we have at our fingertips.”