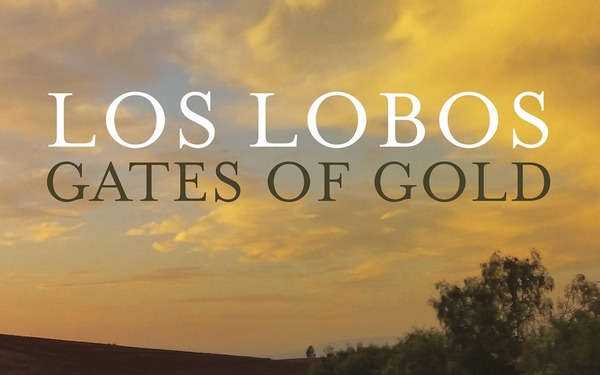 Louie Perez of Los Lobos is calling from Los Angeles, and for a brief moment he turns the tables on the interviewer and starts asking questions. The band formerly known as Los Lobos del Este de Los Angeles had just released its latest studio album, “Gates of Gold” (429 Records), and it finds the band shuffling styles and taking risks with the hunger of their early days.

“We’ve been around a long time — it’ll be 42 years for us next week — does this mean critics say ‘ho-hum’ when we release another album?” Perez asks.

As easy as it might be to take Los Lobos for granted in the way it has managed to maintain a high standard across the decades, it would be a mistake. “Gates of Gold” contains some of the quintet’s best work. The acoustic title track finds the group, sons of Mexican immigrants, contemplating the promise of a new country that greeted their ancestors and their own mortality. “Mis-Treater Boogie Blues” oozes nastiness, the guitar break in “Made to Break Your Heart” evokes vintage Neil Young and Crazy Horse, and the rampaging “Too Small Heart” evokes the Jimi Hendrix Experience. But the best moments bubble through in the jazzy exploration of “When We Were Free” and the eerie soul of “There I Go,” which sounds like a stray track from D’Angelo’s latest album. Neither song sounds quite like anything Los Lobos has tried before.

The latter two tracks were drawn from “some things David (Hidalgo) had on a Tascam 8-track that we had been using for demos,” Perez says. “There were about eight ideas in different stages of experimentation. We built the songs from those basic tracks, which was the model we used for (experimental side project) the Latin Playboys (in the ‘90s). It has this deconstructed sound, very ethereal and low-fi, and we just went on the vibe.”

That shared musical language, the ability to find their voice in myriad styles of music, began taking shape as Perez, Hidalgo, Cesar Rosas and Conrad Lozano were growing up in East Los Angeles in the late ‘60s and early ‘70s (they were joined in the ‘80s by saxophonist Steve Berlin). It’s a journey chronicled in a fine recent biography of the band, “Dream in Blue” (University of Texas Press), by veteran rock journalist Chris Morris. It details how the band dug into its Mexican heritage in the ‘70s with traditional acoustic instruments, playing weddings and at restaurants in the barrio, then transitioned into the punk and Americana scene flourishing in Hollywood alongside X, the Blasters and Social Distortion in the early ‘80s.

A brief flirtation with pop fame, thanks to a No. 1 hit with a cover of Ritchie Valens’ “La Bamba” in 1987, prompted the band to take a left turn and mate traditional sounds with psychedelic experimentation on its masterpiece, the 1992 “Kiko” album. The group continued to write and record new material in recent decades, and even enjoyed its first Top 50 album in three decades, “Tin Can Trust” in 2010. All the while, the core lineup has never changed, a rare occurrence for any band.

“When you’re in an airplane at 35,000 feet you don’t want to think what keeps it up in the air,” Perez says. “Maybe I just don’t want to know. Is it a subject for analytical study? We have a lot of history, that keeps us together. The band wasn’t put together through classified ads. We were friends in high school and grew up together before we did the band together.

“If you think about John and Paul (in the Beatles), your Mick and Keith (of the Rolling Stones), they had longevity because they had personal history. Our parents knew each other. Our kids refer to each other as cousins. If my son calls Ruby Rosas his cousin, that would make Cesar and I brothers. I hear ‘Uncle Cesar’ or ‘Uncle Dave’ all the time from my kids. What happens to brothers? You can’t order them by specification: ‘I want the one with air conditioning and a sun roof.’ I can’t tell you everything’s been Disney. All of us have had our differences, there’s been friction. But brothers stick together. We haven’t had a Saturday away from each other in 42 years.”

The band remains in demand and their touring schedule heavy. “We’re on the road constantly, and with our families, it becomes more difficult to find space to write,” Perez says. “I don’t care who you are in this business, you’re on the road, because that’s the only income stream. You don’t sell pieces of plastic anymore.”

Yet, Perez says the band wouldn’t continue if it stopped writing new songs. “We can’t set that aside, that would prune us back to a stub creatively,” he says. “David was sending me YouTube videos and a lot of that stuff rubbed off on the new album. That big guitar explosion in the middle of ‘Made to Break Your Heart,’ it’s like a Les Paul atom bomb, and then there are these guitar orchestrations on ‘Magdalena,’ which is cool. It all comes from where we’re at in the moment, what we’re thinking about as we get ready to record. The antennas are still up. They may be a little rusty, bent, like a clothes hanger on an old TV, but they still serve us pretty good.”