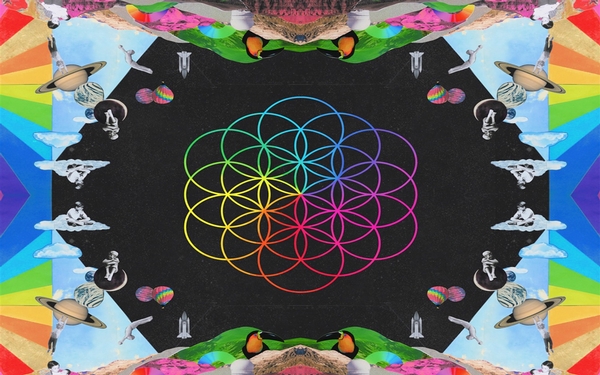 LOS ANGELES — Chris Martin has lived in Los Angeles long enough to speak enthusiastically about his spiritual teachers and about the benefits of cutting sugar and dairy from his diet. But the Coldplay frontman hasn’t been here long enough to know that the guys handing out DVDs on the Venice boardwalk want you to pay for them.

“Thanks, brother,” Martin said as just such a man pressed a compilation of basketball clips into his hands on a recent morning. Dressed in a bright-blue hoodie and matching baseball cap, the British singer kept moving but came to a sudden halt when the guy touched Martin’s arm and explained that he wasn’t giving away his product for free.

“Oh, you want a donation,” Martin said, quickly grasping the situation. “All right, man!” And with that he cheerfully forked over 20 bucks and asked for two.

A simple case of a rock star using money to smooth his path through life? Well, sure. Yet the gesture — one of several donations over the course of a lengthy stroll that eventually required a visit to a beachside ATM — also seemed in keeping with the proudly magnanimous vibe of Coldplay’s new album, “A Head Full of Dreams.” Due Dec. 4, it marks a return to the kind of earnest emotional uplift that made Coldplay famous but that the band largely abandoned for its last studio album, “Ghost Stories.”

That record, full of hushed, small-scale tunes, documented what the 38-year-old Martin described as the “traumatic” breakup of his marriage to actress Gwyneth Paltrow, with whom he has two children. Coldplay didn’t do much to promote the album, avoiding interviews and playing only a handful of concerts (including one at UCLA’s relatively intimate Royce Hall). “A bit of a retreat into the turtle shell,” the singer called it.

Eighteen months later, though, Martin and his bandmates — guitarist Jonny Buckland, bassist Guy Berryman and drummer Will Champion — have emerged to talk up an imaginative disc that reflects the frontman’s renewed optimism as well as Coldplay’s determination to stay musically relevant at a moment when traditional guitar bands are more or less out of style.

“Isn’t it amazing, the color and craziness down here?” Martin said with a grin as he dropped a few bills into a bucket atop a street performer’s grand piano. “You’ve always got to reward a busker. I’m a busker too, and people reward me.”

They certainly have. After forming at college in London and scoring a global smash with “Yellow,” the strummy power ballad from its 2000 debut, Coldplay spent the next decade racking up hits (including the Grammy-winning “Clocks” and “Viva la Vida,” which topped Billboard’s Hot 100) and becoming one of the world’s biggest touring acts. In between, there were Martin’s profile-raising collaborations with Jay Z and Kanye West, along with a duet with Rihanna on Coldplay’s 2011 album, “Mylo Xyloto.”

Yet by 2013, the singer found himself looking for “a soft place to land” as his relationship with Paltrow came undone, he said. L.A. was the obvious choice, because his son and daughter were here, and “wherever they live is my home.” What began as a practical arrangement, though, soon turned into a creative boon, with Martin feeling reinvigorated by Southern California’s climate and landscape.

“If you go back to a Jane Austen novel, they’re always sending people to get sea air when they’re going through something,” he said with a laugh. “It’s restorative.”

Moving to L.A. also put Martin closer to the busy pop-music industry, with its songwriters and producers responsible for creating the hits that rule Top 40 radio. That world has long fascinated him, he said, so last year, he tried writing a few tracks for Rihanna, whose manager connected Martin with Stargate, one of the singer’s go-to production teams.

They got on well enough that Martin asked the rest of Coldplay to work with Stargate for “Miracles,” the band’s song from Angelina Jolie’s 2014 movie “Unbroken.” And that in turn led to Stargate’s co-producing “A Head Full of Dreams,” which Martin said he knew from the beginning would represent a dramatic shift from “Ghost Stories.” The goal, he added, was “something big and colorful and fun,” an album that’s “not rock and not pop. It’s just whatever we dream it up to be.”

That dreamed-up sound has Stargate’s fingerprints all over it, from the layered keyboards in the title track to the pulsing disco groove that drives “Adventure of a Lifetime,” which Coldplay debuted on the recent American Music Awards. The plaintive “Army of One” even sports a sleek R&B coda that could pass for a Chris Brown demo.

But if the band resisted that kind of outside influence in its early days, as Champion has admitted, it has now happily opened itself to collaborators.

“When you’ve been a band for nearly 20 years, finding fresh inspiration isn’t always that easy,” Coldplay’s drummer said as he sat in a dressing room with Buckland and Berryman after taping a performance on James Corden’s late-night show. “So when someone new comes in, you grab the chance.”

Indeed, beyond Stargate, “A Head Full of Dreams” features appearances by an expansive cast of guests, including Beyonce and Swedish pop singer Tove Lo, who duets with Martin on “Fun.”

Lisa Worden, music director at L.A.’s influential radio station KROQ-FM (106.7), said cameos like those — as well as the decision to release “Adventure of a Lifetime” as the album’s lead single — were smart moves after the more cerebral “Ghost Stories.”

“It keeps them in touch with a younger audience, which hears ‘Adventure of a Lifetime’ and says, ‘Coldplay is still speaking to us,’” Worden said.

Yet “A Head Full of Dreams” also reflects more idiosyncratic choices. Merry Clayton, the veteran backup singer known for her apocalyptic wail in the Rolling Stones’ “Gimme Shelter,” is in the mix, as is poet Coleman Barks, who reads a translation of “The Guest House” by Rumi, which Martin said “completely changed my life.” Paltrow appears too, in “Everglow,” a delicate ballad about “the light that you left me.”

That track isn’t the only one that invites speculation as to whom these songs are about. An upbeat ode to someone who’s made Martin “feel like I’m alive again,” “Adventure of a Lifetime,” for instance, is widely thought to describe the singer’s on-again/off-again relationship with actress Jennifer Lawrence.

Asked if the theorizing bothered him, Martin replied, “I don’t mind, because I’ll never say.” Then he went further, insisting that songs didn’t come from him so much as they came through him.

“I never sit down and say, ‘I’m gonna write a song about this person and this event,’” he said as we passed the Venice skate park. “If I did do that, it would never make it, because that would be a song that you crafted rather than received.”

I told him that I found it hard to believe that specific names and faces didn’t attach themselves to his songs, especially once they’ve become part of Coldplay’s concerts and he’s singing them every night. Martin, the very picture of cordiality until then, bristled a bit.

“I don’t expect people to understand where songs come from, because I don’t understand either,” he said. As an example, he mentioned “A Sky Full of Stars” from “Ghost Stories.”

“Someone might say, ‘Oh, it’s about Gwyneth,’” he said. “‘It’s about this person,’ ‘It’s about your kids,’ ‘It’s about everyone in the world.’” He had the title for a long time, he said; there were “seven other songs called ‘A Sky Full of Stars,’ and none of them were right.” Then one day, he went on, “this song just came through in one go.” So he doesn’t know which person inspired the song. “And I don’t want to really question it.”

That isn’t to say that becoming a tabloid target has been easy. “I’m aware that every so often a gentleman with a camera will be hidden somewhere and turn whatever normal thing that I might be doing into a news story,” he said. At first, he added, that made him angry, depressed and unsure of what to do with his feelings.

“That’s why I had to go and find some teachers” — including a favorite Sufi scholar — “and say, ‘Hey, how do you navigate this kind of thing?’” He found solace in Rumi’s words about accepting everything as a blessing. Music helped too, of course, just as it’s improved the mood of Coldplay fans craving the surge of serotonin the band’s songs can deliver.

After mostly staying off the road behind “Ghost Stories,” Coldplay will tour arenas and stadiums next year, and Martin is already looking forward to witnessing that emotional boost. But these days he seems equally attuned to smaller wonders, which may be the real key to happiness.

“Look at that!” he said, pointing with clear excitement at another sight on the boardwalk. “A dog skiing!”