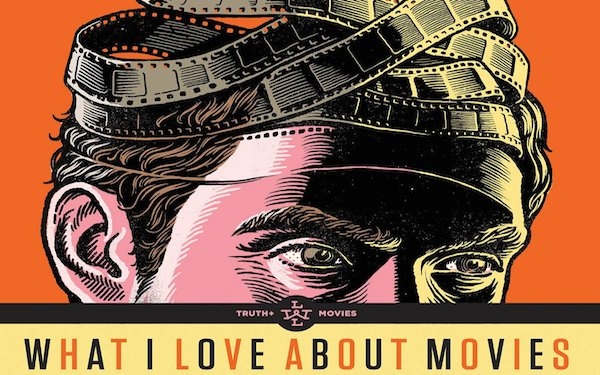 Menus for Movieland, by Richard Abel, will impress even the most jaded film connoisseur. Focusing on newspapers from 1913-1916 and the emergence of cinema culture, this book charts the beginning of an era.

Wes Anderson, Quentin Tarantino and more celebrate cinema in What I Love About Movies. Who knew Ryan Gosling would pick First Blood?

Cozy mansions, glittering balls and Cornwall give way to murder in Kate Morton’s The Lake House. Juicy and expertly plotted, this novel begs to be read late at night by candlelight.

A mysterious past catches up with a seemingly perfect family in Nina de Gramont’s The Last September. The peeling of the onion will keep you guessing.

Cozy mysteries hit a certain sweet spot. Cleo Coyle’s Once Upon a Grind combines a coffeehouse manager turned sleuth with a murder in Central Park to delicious effect.

Premier horror editor Ellen Datlow assembles a list of top names in the field, including Peter Straub, Caitlin R. Kiernan and Jeffrey Ford, in The Monstrous, a new anthology collecting tales that explore the wide range of all the title evokes.

While he’s mostly known for his doorstopper novels, Stephen King might shine even more as a short story writer. His latest collection, The Bazaar of Bad Dreams, includes several previously unpublished stories and shows once again his ability to craft taut, unsettling tales.

David Mitchell continues to explore his interlocking fictional universe in Slade House, an offbeat decades-spanning twist on the haunted house novel that deals with spaces outside of time and psychic soul vampires.

Mary Rickert’s latest collection, You Have Never Been Here, packs a punch with stories that are quietly devastating and haunting in their strange imagery. The tales include Shirley Jackson and World Fantasy Award winners like “Journey into the Kingdom.”

Just in time for The Peanuts Movie, Chip Kidd’s Only What’s Necessary: Charles M. Schultz and the Art of Peanuts, captures all the magic from original art to developmental work. The timeless characters of Charlie Brown & Co. will entertain young and old alike.

Perhaps the best memoir ever, Mary Karr’s The Liars’ Club, gets a gorgeous new cover, by Brian Rea, in time for it’s 20th birthday. Lena Dunham also pens a new forward, bringing the classic to a new audience.

Drew Barrymore must be a cat, with all the lives she has lived. Read about them all in Wildflower.

Almost too cool to be real, Carrie Brownstein excelled as part of the band Sleater-Kinney and then knocked it out of the park with the tv show Portlandia. Study her up in Hunger Makes Me a Modern Girl.

Show off your literary references and get sauced with Tim Federle’s Tequila Mockingbird. Chug enough Moby-Drinks, mixed with vodka and Blue Curacao, and you might just see a white whale.

Color your way to sanity with Color Me Stress-Free. This gorgeous book of almost 100 templates promises to lull you into Shavasana.

Magical and creative, Daria Song’s The Time Chamber is comprised of glorious illustrations just calling out for a little color. Get lost in the drawings, like Alice down the rabbit hole.

Democrats and Republicans can enjoy the Hillary Rodham Clinton Presidential Playset. Liberals can dress up the former First Lady in pantsuits and pearls. Those with a more conservative bent can use her figure as a voodoo doll or bullseye.

A true superstar in San Francisco, Danny Bowien turns Chinese food on its head. With The Mission Chinese Food Cookbook, you can follow suit, by whipping up sublime dishes, like Kung Pao Pastrami and Thrice-Cooked Bacon.

Atul Gawande is one of a handful of writers who can make stories about medicine thrilling. Being Mortal examines the role the health care infrastructure plays in aging and death.

The final season of Downton Abbey premieres in January! Enjoy every minute with Downton Abbey – A Celebration: The Official Companion to All Six Seasons.

There are many beautiful editions of Lewis Carroll’s classic tale of Alice. The Rifle Paper Co’s Anna Bond vies for first place with her illustrations in the new, 150th anniversary edition of Alice in Wonderland. Another great option for girls, with illustrations by Anna Bond, The Puffin in Bloom Collection. This four book set features the unforgettable classics, Heidi, Anne of Green Gables, Little Women and A Little Princess.

Special Features
Cybersecurity for everyone: 5 books on defending ourselves in the digital age
1,201 views

Special Features
In his journey from jail to Yale Law, felon-turned-poet writes 'to remember who I am'
591 views