Q&A: Lawrence Kasdan on returning to a galaxy far, far away 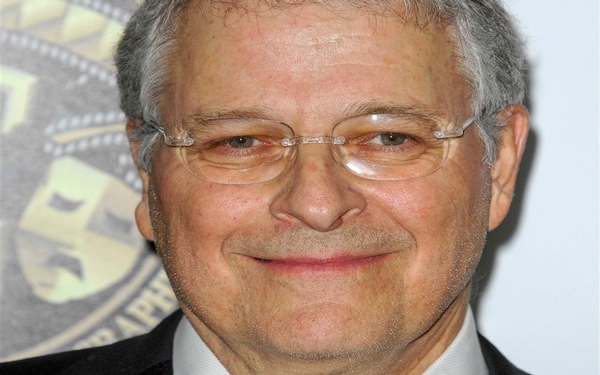 Lawrence Kasdan straddles four decades of “Star Wars” history, having worked on the screenplays for “The Empire Strikes Back” and “Return of the Jedi” and now “The Force Awakens” and the planned Han Solo spinoff film, which he’s co-writing with his son, Jon. We sat down with the acclaimed writer-director — whose other credits include “Raiders of the Lost Ark,” “The Big Chill” and “The Accidental Tourist” — in his Beverly Hills home to talk about “Star Wars” past and future and how he became the Obi-Wan of the franchise.

Q: When you look back at the run-up to the releases of “The Empire Strikes Back” and “Return of the Jedi,” how does the anticipation and hoopla surrounding “The Force Awakens” feel by comparison?

A: There’s no comparison. The way the world is connected now, the fact that everything is instantly available to everybody, that you release a trailer and five minutes later it’s all around the world — there was nothing like that back then. Back in the ‘80s, it was like, “Have you seen the trailer?” “No, I have to go to a movie that’s playing it.” I mean, “Empire” and Jedi” were big movies. But it was just a different world.

Q: At this point, it’s hard to imagine how much higher the expectations could get. There are already predictions this could be the biggest hit of all time.

A: They’re very high expectations. The business expectations are sort of irrelevant to me. That’s going to do what it’s going to do. People are going to come — does it matter where it lands in the all-time list? I think no, not at all.

What does matter is, do we feel good about it and do we think we fulfilled those things we set out to do? I’ve seen it six or seven times, and I feel very good about that. When this movie starts, you just can’t believe how dynamic and fun it is. I don’t know anybody who can resist who’s slightly open to it. (Director) J.J. (Abrams) just knocked it out of the park.

Q: When you were brought on board “The Force Awakens,” you represented a connection back to the roots of “Star Wars.” Did you ever imagine you’d return to the franchise?

A: When “Jedi” was over, I was like, “That’s the end of ‘Star Wars’ for me.” I had gone away and done a lot of other things. It’s always with you when something is that big, but I had put it out of my mind.

In October of 2012, I got a call from (Lucasfilm President) Kathy (Kennedy) and she said, “We’re going to do some more movies. Can you come up and talk to George (Lucas) and I?” I went up and George had sort of roughed-out many movies — not just the new trilogy but other movies, the spinoffs and things. I wasn’t sure I wanted to do anything, but I said, “I could do the Han Solo movie” — because he’s my favorite character. Then they hired me to consult on “Episode VII.” And within weeks suddenly Disney owned the thing and everyone was shocked.

When we got J.J., I got really excited, because I just thought he was the perfect guy to direct this movie. I didn’t really know him but when I met him he was so funny and smart and irreverent about things and he understood the virtues of what we were trying to get back to. When he agreed to do it, I just flipped out.

Q: What was the process of collaborating with him on the script like?

A: We did it under so much time pressure but in actuality it was the most fun writing process I’ve ever had. We hashed out the story by walking miles and miles together — Santa Monica, New York City, Paris, London — with him recording on his iPhone. We produced the first draft in six weeks. We worked right through Christmas. It was so energized.

Q: Was the plan always to bring back Luke Skywalker, Han Solo and Princess Leia and mix in a new generation of characters?

A: Yeah, the basic thing was: We’re treating it as 30 years since we last saw them. And that’s fun because we’ve all lived 30 years in that time and we’ve all changed. We’re not pretending it’s any different than it is — 30 years have passed, whatever that means in that galaxy, and we have Han and Leia and Luke and Chewie and C-3PO, so that’s one element that’s so solid and has so much nostalgia and resonance for people.

Then you have this whole brand-new cast — wonderful young people, some very young — who have never been in the movie. There has never been anyone like Adam Driver in a “Star Wars” movie. Daisy (Ridley), John (Boyega), Oscar (Isaac), Domhnall (Gleeson) — it’s unbelievable fresh blood.

You know all these elements are going to come together in this story and you know the virtues that you’re trying to reawaken. That tells you a lot and it starts to shape up to a movie. Then obviously there’s something about Darth Vader that is so powerful and the movie embraces that and that’s another element you’re bringing in.

The movies have always been about generations and families and passing on knowledge and what can be transferred and what is inherent in the universe. The Force has always been around from George’s first idea of it, and this philosophical thing mixed in with the excitement of the action — that’s a very powerful soup.

Q: Did you go back at any point and watch the original trilogy to get it fresh in your mind?

A: It’s pretty much in my head — I guess it’s part of my DNA at this point. But I don’t think it’s that relevant because we’re doing a new thing. And it’s so different.

I don’t know if people recognize it or not, but the saga is this big tapestry that’s cut into sections that are defined by the directors. George made one very George-y movie, and if you saw “American Graffiti,” you’re not surprised to see the ebullience that’s in “A New Hope.” Then for “Empire,” he said, “I want this next chapter to have Irvin Kershner’s quality to it.” And it’s dark and serious and scary and treats the characters differently. Richard Marquand was a lovely man, and “Jedi” has a kind of easygoing “this is going to be the happy ending” quality that he brought.

Just jump over the prequels for a second, where George was doing what George was doing and fulfilling his own desires. Now with J.J., you get a whole new generation with a kind of dynamic mastery of camera and effects put together by someone that has a strong personality himself. He’s a really decent guy, and he makes movies the way I try to make movies, which is that it’s a privilege to make a movie and no one should be miserable. You’re spitting in the face of luck if you’re not having a great time. And that’s infused in the movie. So what you’re going to get is very much the J.J. Abrams movie.

These movies will all be so different. (“Episode VIII” director) Rian Johnson is a friend of mine — he’s going to make some weird thing. If you’ve seen Rian’s work, you know it’s not going be like anything that’s ever been in “Star Wars.” You couldn’t have three more different people than J.J., Rian and (“Episode IX” director) Colin (Trevorrow). Those movies will have the “Star Wars” saga as their basis, but everything else will be different. Then Phil Lord and Chris Miller are going to make the Han Solo film and I can’t guess what that will be like — and I’m writing it!

Q: So has Han Solo always been your favorite “Star Wars” character to write dialogue for?

A: Always. It started with the first movie, and it’s really one moment when they break into the cellblock and he has this conversation with the Stormtroopers over the comlink. They question him and he runs out of answers and he shoots the comlink and says, “It was a boring conversation anyway.” That’s my favorite moment probably in all of “Star Wars.” And that’s Han.

Q: Was it easy to slip back into his head after all these years?

A: I think so. You know, he’s younger in this (spinoff) movie and that’s fun because you have to imagine him 10 years earlier in his early 20s. What was he like before he hardened up? Before he had some setbacks? Before he put on this cynical coat? What got him there?

Q: The prequels occupy a complicated place in the “Star Wars” canon. Obviously, they were Lucas’ vision and there’s a whole generation for whom they were the entry point to the “Star Wars” universe, but a lot of older fans felt like they were a huge letdown. How do you think about them in terms of their place in the overall story?

A: The story (in the prequels) does not interfere. We only have to deal with the first trilogy so we didn’t have to deal with it much. They obviously have a certain feel, and that was not the feel we wanted this one to have. This is much more related to “A New Hope” and “Empire.”

(Pauses) The thing I always loved about “Star Wars” — and George had this when he made “A New Hope” and J.J. can hook into this very strongly — is that it’s goofy, you know? There are big issues and there’s some philosophy, but it’s basically goofy. And I think “The Force Awakens” is goofy — in the best way. Wherever there’s a question: Could that happen? Well, why not?

And with the canon — everyone refers to the canon, but it has zero meaning to me. I don’t know what the canon is. I cannot get that straight.

Q: You don’t sit down with stacks of “Star Wars” novels and study how it all fits together?

Q: You say that, but there are obviously hardcore fans for whom everything connected with “Star Wars” is important. For them to even hear you refer to “Star Wars” as “goofy” — some people might be like, “This is serious stuff!”

A: That’s a high compliment from me, that it’s goofy. Because that’s what I loved about “A New Hope.” It was so goofy!

I showed it recently to my 5-year-old grandson because we were trying to figure out if he’s ready for “The Force Awakens.” Is it too scary, too big, too noisy? He sat in my arms and watched “A New Hope” right through and he was tickled by it. There were things he didn’t understand, but what everybody understands when they watch “A New Hope” is the fun and the energy and the romance of it. When they swing across the chasm, when the ships go that fast — a 5-year-old doesn’t need any explanation of that.

“A New Hope” is brilliant in every way. You’re always in awe of how economical it is, how tightly wound it is. There’s not a wasted shot. The movie just moves so fast and is so funny — and goofy. Whenever there’s a moment that can be just pure fun because George felt like it, it’s in there. And that’s what I hope “The Force Awakens” has.