Bruce Springsteen box hints at what ‘The River’ could have been 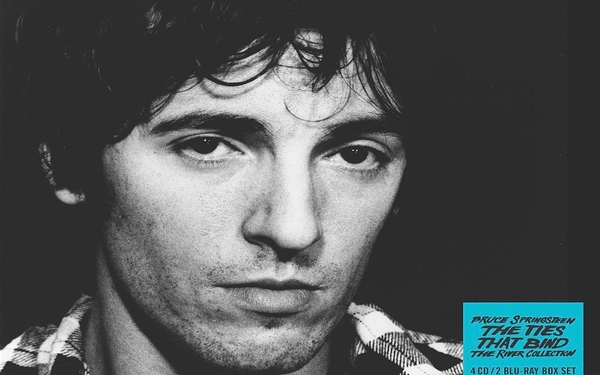 ‘THE TIES THAT BIND: THE RIVER COLLECTION’

Bruce Springsteen’s 1980 release, “The River,” was a double album twice as long as anything he’d released previously, and the recording sessions leading up to it were just as epic.

“The Ties That Bind: The River Collection” (Columbia), a four-CD, three-DVD boxed set, ties together loose ends from those sessions, in which Springsteen went on a massive songwriting binge. Springsteen wrote 95 songs and recorded them with an acoustic guitar and beat box at a New Jersey farmhouse, then knocked out 104 recordings with the E Street Band. Only 20 of those songs made the finished album, which raises some intriguing questions about what was left out and why. “The Ties That Bind” provides a few clues.

As he turned 30, Springsteen began investigating pre-rock influences, particularly the more mature themes that permeated classic country music. After the youthful adventures and dreams of escape so vividly described in his early albums, the singer had begun exploring darker, more adult subjects in “Darkness on the Edge of Town” (1978), and slipping inside the heads of his working-class narrators in a series of ballads that would shape the spine of “The River,” including the title track, “Independence Day,” “Point Blank,” “Stolen Car” and “Wreck on the Highway.”

But something was still missing. Despite the critical acclaim and relative commercial success that greeted “Darkness” and its predecessor, “Born to Run” (1975), Springsteen went into the sessions nagged by the notion that his studio recordings still didn’t match the power of his live performances. He recorded a 10-song, single album version of “The River,” submitted it to his record company for release, then thought better of it and kept working. “We were still figuring out who we were,” the singer says in a documentary included in the box.

By bringing guitarist Steve Van Zandt in as co-producer, Springsteen aimed for a mix of songs that was more volatile than manager-producer Jon Landau would’ve preferred. Songs such as “Crush on You,” “Out in the Street,” “Ramrod” and “Cadillac Ranch” began fighting their way into the mix, and “The River” became a double album as a way to reconcile these warring impulses. In that sense, it’s probably the one Springsteen studio album that comes closest to matching the emotional ebb and flow of his concerts.

“The Ties That Bind” includes a remastered version of “The River” and the 10-song original album, which Springsteen withheld because of its narrow, downcast focus. It includes slightly different versions of seven songs that wound up on the finished release and three that didn’t make the cut, including one of his best songs from the era, “Be True.” It’s a brisk yet troubled investigation of a theme that obsessed Springsteen on “The River”: the struggle to not just find love but to maintain it in the face of mounting responsibilities and soul-sapping turns of fate.

The fun starts with two discs of outtakes, including 11 songs that had previously surfaced, mostly on Springsteen B-sides or retrospectives. Among them is the rampaging “Roulette,” which finds Springsteen approximating the Clash’s fury in the wake of the Three Mile Island nuclear disaster. And the double-edged “Held Up Without a Gun” is fast, furious, funny, barely one-minute-long rant written amid the ‘70s oil crisis. The singer also gave away the rollicking “From Small Things (Big Things One Day Come)” to Dave Edmunds, who had a hit with it two years later, and buried the garage-rock gem “Ricky Wants a Man of her Own.”

For Springsteen fans, the disc of 11 previously unreleased outtakes is the main reason to investigate this pricey collection, and it contains a first-rate piece of psychodrama in “Meet Me in the City.” Ostensibly a close cousin to “Out in the Streets,” a thinly written party song that landed on the finished version of “The River,” this outtake finds the singer indicting himself for “feeling no pain” and wondering what’s wrong with his head. “The Man Who Got Away” is another tale of a man on the run — but from what? Himself? The breathless pace gives it the feel of a movie chase scene that ends badly for the narrator.

A more contemplative, melancholy mood is struck by the girl-group harmonies of the ballad “The Time That Never Was” and the chiming “Party Lights,” which should have been released as a single, not stuffed in some vault for three decades. “Chain Lightning” blows off all that regret with a “Peter Gunn”-style bass line that oozes lust.

Like most double albums, “The River” contains filler — “Jackson Cage” and “Crush on You” for starters — and some of the outtakes deserve their obscurity (“Night Fire,” “Mr. Outside,” “Little White Lies”). It’s an iconic if flawed album. But the overflow of songs presented on “The Ties That Bind” makes for a great argument-starter. Did Springsteen assemble the best version of “The River”? This boxed set provides evidence for piecing together an even better one.