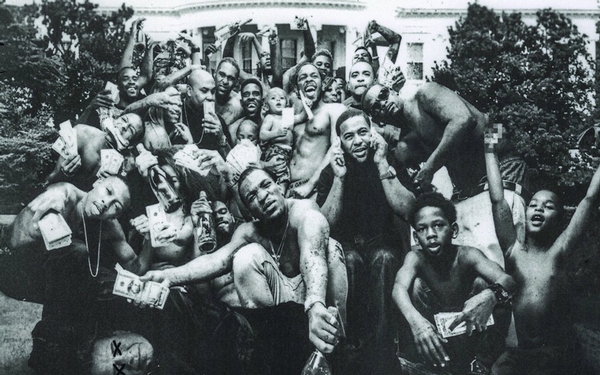 We live in age when pretty much all of the music ever recorded is right there at your fingertips. As Canadian rhymer Drake and his Atlanta trap-rapper cohort Future put it in titling their 2015 collaborative mixtape: What a Time to Be Alive.

With so much music, old and new, readily available, the questions are: What to play? And where do you start? Streaming services like Spotify study listening habits in hopes of giving people what they want, and Apple Music prides itself on creating human-curated playlists too tempting not to click on.

Which makes all the more impressive the sales achievements of two women who were far and away the most commercially successful acts of 2015: Taylor Swift and Adele.

The former dominated most of the year with a sold-out tour and string of hit singles from “1989,” released late last year. And the latter has been selling music at a staggering rate — more than 4.5 million copies moved already — in part by holding her new album, “25,” off the streaming services that are the future of the industry.

But such services came in handy in assembling the list below. Some things are obvious — Kendrick Lamar, for instance, made the album of the year — but others require considered relistening and reassessment.

In deciding who’s more deserving — Sleater-Kinney or Kurt Vile? Kamasi Washington or Kacey Musgraves? — it’s nice to be able to punch up their songs at a moment’s notice. Better still is realizing there’s so much more worthy 2015 music than you could possibly fit on a list like this.

Dense and verbose, Lamar’s songs are more likely to be filled with self-recrimination and unblinking assessments of America’s racial divide than feel-good exhortations to party. But “To Pimp a Butterfly” comes on in a storm of vibrant energy with a squall of funk and jazz rhythm. It lives with inherent contradictions and doesn’t shy away from grand ambition, and it connects big time in telling the tale of a kid from Compton making his way in a hostile, beautiful world. Album of the year, without question.

“A new world hangs outside the window / Beautiful and strange.” The first words out of Brittany Howard’s mouth on the title track — currently heard in an iPad Pro TV commercial — express the sense of wonder that suffuses the Alabama band’s great leap forward of a second album and impressively asserts that the Shakes are more future-forward freaks than soul-rock preservationists.

The former wunderkind, now 40, has made many a maximalist move before, from his sprawling states-of-the-union song cycles “Michigan” and “Illinois” to his last album, 2010’s prog-rock experiment “The Age of Adz.” But “Carrie & Lowell” pares his music down to its luminous essence in tender family-history songs about his relationships with his diagnosed-as-bipolar mother and his stepfather. Luminous.

Australian wordsmith and left-handed guitarist Barnett was introduced to American audiences with 2013’s also excellent “A Sea of Split Peas” double EP, but “Sometimes” is her de facto debut album. Fronting a garage-rock trio, she talk-sings in a Down Under accent and is earnest in her self-deprecation — “Put me on a pedestal and I’ll only disappoint you,” she promises on “Pedestrian at Best” — while proving herself exceptional at every turn.

Frances Quinlan is such a startling singer — the rare throaty, highly emotive rock vocalist who throws herself into every song without becoming the slightest bit overbearing — that her skills as a storytelling songwriter on deftly drawn sketches like “Buddy in the Parade” and “Powerful Man” are easily overlooked. This year’s breakout band on the fecund Philadelphia rock scene.

Among the many reasons to recommend Jason Isbell is the basic decency his music exudes, starting here with “It Takes a Lifetime,” a monologue about trying to keep a level head and leave the bottle behind. Like everything here, it’s sharply written and delivered with empathy and easygoing command that straddles genres. It makes perfect sense that upon release, “Something More Than Free” simultaneously topped the Billboard rock, folk, and country charts.

Canadian DJ-producer, songwriter, multi-instrumentalist, and one-woman band Clair Boucher has no peer in 2015 when it comes to making music that is simultaneously electronic, edgy, and envelope-pushing while also being unabashedly pop. (OK, maybe Diplo also fills that bill, but more as collaborative-singles artist than self-contained entity.) “Art Angels” songs like “Kill V. Maim,” “World Princess part II,” and “Venus Fly” are like a feminist manifesto come to life on a hyperkinetic dance floor.

Nothing is held back on “The Most Lamentable Tragedy,” Patrick Stickles’ sprawling summation of 10 years of musical life in his punk-rock-plus North Jersey band named after Shakespeare’s bloodiest play. Stickles spills plenty of his own in this overdriven double album, structured as a five-act tragedy as it explores the wages of bipolar disorder and includes covers of the Pogue and Daniel Johnston and a soundless, action-interrupting intermission — plus a version of “Auld Lang Syne” for holiday-listening pleasure.

This first album in 10 years from the punk-rock trio fronted by Corinne Tucker and Carrie Brownstein comes on in a gale-force tangle of guitar and drums. With renewed energy after a layoff in which Brownstein became a “Portlandia” sketch-comedy star, “No Cities” finds power in a union: “I feel so much stronger now that you’re here,” Tucker sings on “Surface Envy.” Attention spans are short, and this welcome return came out way back in January. It still sounds great in December.

“The Epic” truly is epic, a triple album that fits in with the maximalist theme for 2015, a fabulously overflowing exploration of Coltrane spiritual-seeking with funk, gospel, and classical overtones that takes its sweet time building toward ecstatic musical release. And it also brings us full circle, as Washington is also a major presence on Lamar’s “To Pimp a Butterfly.”