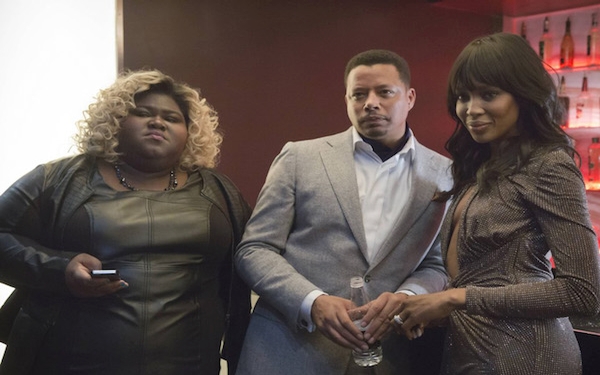 We are not, by any means, living in a post-racial world — a phrase that will of course have no meaning in the actual post-racial world. But on television, at least, we’ve entered a noticeably less homogeneous (if still a largely homogenized) one.

2015, the year of Ferguson, Mo., Baltimore and #BlackLivesMatter, was also the year of “Empire,” the rare network television show in which white people were mostly at the margins. The drama was also the year’s big hit, one that cut across demographic lines to a degree that surely registered some small cries of surprise in executive offices across the industry.

Stir in the continuing success of “Jane the Virgin,” a show that speaks Spanish when it wants to; network sitcoms like “black-ish” and the Asian American-themed “Fresh Off the Boat” and “Dr. Ken”; African American cable dramas “Power” and “Survivor’s Remorse” (50 Cent and LeBron James, respectively, among their producers), whose numbers have steadily improved; the high-performing freshman procedural “Rosewood,” with its black and Latina leads. A show like “MasterChef Junior,” with its multi-ethnic cast bringing a range of food traditions to the judges’ table, looks happily like the future — the actual future, given that the contestants are all ages 8 to 13.

Add, to make more inclusive the theme of inclusiveness, one scripted and one reality series about an older man transitioning to another gender. And, for that matter, a “Star Wars”-themed Campbell’s soup commercial featuring two gay dads.

I don’t want to get ahead of things. Arab American actors must find their opportunities limited, to say the least. It’s been eight years since “Aliens in America,” a fine comedy about a Muslim Pakistani exchange student in the Midwest, and no network has shown itself in a hurry to fill that void, or any remotely resembling it. Recent real-world events don’t make that seem any more likely in the foreseeable future.

Indian American Aziz Ansari may have scored his own series (“Master of None,” on Netflix), but he makes the point within it that opportunities for Indian actors are still circumscribed by stereotype, the progressiveness of his show and Mindy Kaling’s “The Mindy Project” (dropped by Fox, embraced by Hulu), not withstanding. Changes in front of the camera have certainly outpaced changes behind and above them.

There have been false dawns. Progress is slow. In a way, television is slowly crawling its way back to the 1970s, when “Good Times,” “The Jeffersons,” “Sanford and Son” and ethnic variety packs like “Barney Miller” and “Welcome Back, Kotter” were on the air. Nearly 40 years on, “Roots” is getting a remake.

Still, something is happening, a subtle rearrangement of the medium’s DNA that better represents both who we are now, collectively and variously, and where we are hopefully headed. The popular arts have always been a harbinger and an agent of change, positing the world that the world grows into. It’s true that the businesses that fund, present and promote them often have had to be dragged kicking and whining into a better future, but the changing complexion of the country is bringing us to the point when inclusiveness becomes less a political gesture and more an economic strategy.

If these changes have been powered less by righteousness than by public shaming and financial calculation, progress has often been a matter of good things done for less than altruistic reasons. Whatever figuring led NBC finally to squeeze in a pair of African American sitcoms late this summer — the disappointing “Mr. Robinson” and the excellent (and renewed) “The Carmichael Show” — or made “The Wiz” the third of its “live” musical revivals, it happened.

If “Friends” were cast today, it would look different. Six white people in a room would just seem off.