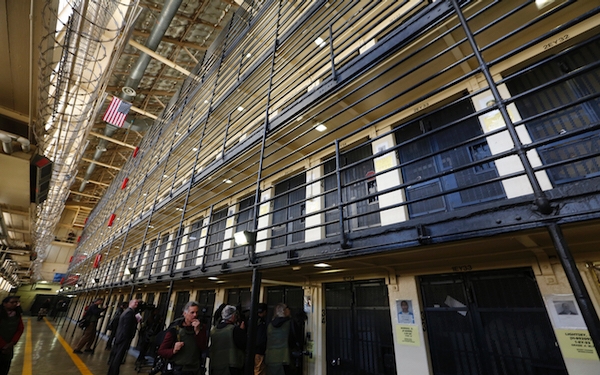 LOS ANGELES — The University of California system has sold about $30 million of its holdings in companies that operate private prisons after students voiced their opposition to such investments.

The move, which did not require regent approval, came after system administrators met with students this month and as undergraduates throughout the nation have been pushing administrators to sell interests in fossil fuels and companies that aid Israeli occupation of the West Bank. In June, Columbia University divested from private prison companies after student pressure.

The total amount of the UC system prison sell-off is small compared with the system’s nearly $100 billion portfolio, but students and alumni who have been advocating for the move say it is significant, at least symbolically.

“By selling their shares they’re sending a message … that the UC system is against human rights abuses,” said Kamilah Moore, who graduated from the University of California, Los Angeles, in 2014 and is a field organizer for the Afrikan Black Coalition, a student advocacy group.

Many students pushing for divestment are involved with black advocacy groups and say prisons have a large, adverse impact in their communities. African-Americans make up nearly 40 percent of the U.S. incarcerated inmates even though they account for about 12 percent of the total population, according to research.

The UC system has a “sustainable investment” strategy but has no blanket policy that forbids investments in certain kinds of companies, said spokeswoman Kate Moser in an email.

“We evaluate investment opportunities from a risk perspective, including whether social, governance, environmental and other issues make an asset too risky for a long-term investor,” Moser wrote.

System administrators sold off nearly $200 million of its holdings in coal and oil sands companies in September in response to both environmental concerns and rising financial risk in those industries. The system still has investments in oil and natural gas companies.

Xavier Harris, who graduated this month from UC Merced, where he was a member of the black student union, said he was encouraged by the move. “It shows (administrators) are listening when we said this is an issue that affects our friends and families,” he said. “They should be in the business of education, not profiting from incarceration.”

Representatives of the three companies the UC system divested from — Corrections Corporation of America, the GEO Group, and G4S — defended their work.

“These attacks … rely on politically motivated sources to advance the inaccurate notion that private prisons are somehow unaccountable,” said Pablo Paez, vice president of corporate relations for the Geo Group Inc., which operates 64 corrections facilities in the United States. “Our facilities adhere to strict contractual requirements and standards set by state and federal governments.”

Ivo Welch, a finance professor at UCLA’s Anderson School of Management, said that UC administrators may be too sensitive to outside pressure.

“If you start going down the list of Fortune 500 companies, I’m sure we can come up with reasons we should divest from each one,” he said. “I’m almost left speechless by how we pamper student whims.”

Moore said she and others plan to resume lobbying UC administrators to sell their remaining interests in fossil fuels in the future. “We’re going to continue to demand socially responsible divesting,” she said.