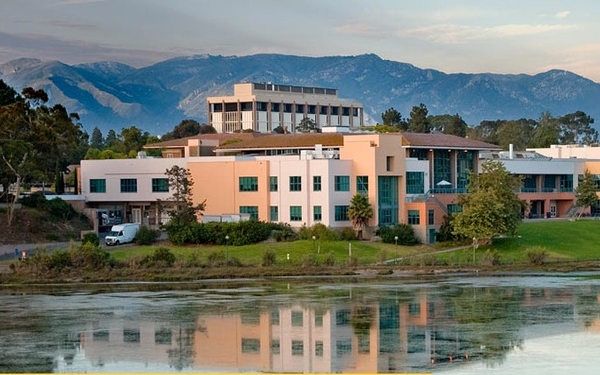 Eliana Spero spent three stressful months preparing for the Law School Admission Test on Dec. 5. She has spent the time since trying to put it out of her thoughts.

Except that it wasn’t.

Spero and about 80 other would-be lawyers who took the test at the University of California, Santa Barbara, got emails last week that countered any fleelings of accomplishment.

Instead of their scores, they received “Dear Test Taker” letters from LSAT administrators, telling them that their answer sheets were missing and they would have to repeat the grueling exam.

“At this point, we have declared the answer sheets to be lost,” read the email from the Law School Admission Council in Newtown, Pa. “To protect the integrity of the scores, we will not score these answer sheets even if they are found.”

There was an apology, notification that the $175 registration fee would be refunded and instructions that those affected could retake the test in January or February at no charge.

That was of little comfort to Spero and others who say that delaying their law school applications by a month or more jeopardizes their chances of getting into their preferred schools next fall.

“In general, candidates for the class of 2016 benefit by submitting a complete application, including their LSAT score, to law schools as early as possible,” said John Conkle, a Santa Monica resident whose test papers were lost.

“I anticipated learning my score by early January and had planned to apply immediately upon receiving it,” he said. “That timeline is no longer feasible.”

Conkle, a 2012 graduate of the University of California, Santa Cruz, said he’ll retake the LSAT in January but is more concerned about the timing than the do-over.

Spero, who graduated from UC Santa Barbara in June, said she won’t be able to retake the test until February, which could put her so far back in the applicant pack that she might have to postpone law school until 2017. She said she was floored by the impersonal email from the council, especially in light of its usually meticulous attention to detail and test security.

“I was very upset, extremely upset,” said Spero of Marina del Rey, whose family spent thousands of dollars on an LSAT prep course. “This was a huge mistake, and I thought it was just 100 percent unacceptable. This organization is so strict that you have to bring a passport photo to the test … . How is this even possible?”

“The process in place has worked perfectly well 99.9 percent of the time,” Margolis said. “We are still looking for the package, but even if we found it, it has been out there too long.”

Margolis said she did not have tracking information or other details of the shipment, but that the protocol was to send the sheets out immediately after the test was completed. She declined to name the test center supervisor responsible for shipping them.

A UPS spokeswoman said Thursday that she could not comment without a tracking number for the package.

The council administers about 100,000 tests annually, according to its website. The December test is one of four scheduled exams, Margolis said, and in 2014 was taken by 28,500 people.

It is “extremely rare” for answer sheets to get lost in transit, she said.

In 1999, more than 280 went missing while en route from three test sites to Newtown. And in 2012, more than 50 from the University of Tampa were lost, according to news reports.

Margolis said the council would do all it could to prevent a recurrence and that it is contacting law schools to ask them to consider late applications from those affected. She also said she gets why those whose papers were lost are upset.