Once an underdog, Hulu is becoming a player in the streaming world 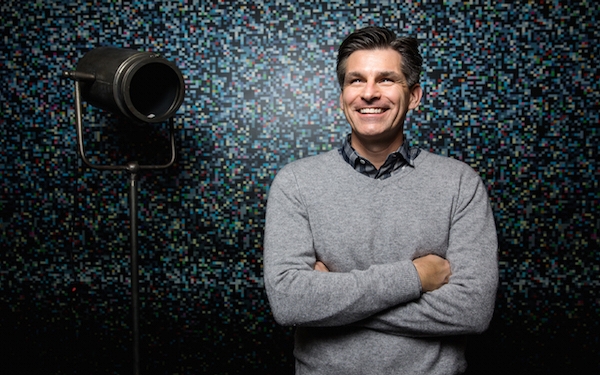 Inside the private dining space at the exclusive Spago restaurant in Beverly Hills, a celebration was underway. Writer and actress Mindy Kaling had just made her way through the shoulder-to-shoulder crowd at a holiday fete put on by streaming service Hulu. Nearby, filmmaker Jason Reitman was chatting with “Breaking Bad” alum Aaron Paul as a few members of the press mingled with talent and producers.

“We’ve had quite a year at Hulu,” Craig Erwich, head of content for the streaming service, said to the crowd as they snacked on hamachi ceviche and pizza with house-cured smoked salmon. “I think people are starting to notice all of the efforts we’ve made and we are very grateful.”

For years, the joint venture between major TV network owners 21st Century Fox, Walt Disney Co. and NBCUniversal was viewed largely as the underdog of the streaming world and was best known for showing major network programs the day after they aired on TV. Unlike rivals Netflix and Amazon, the Santa Monica company didn’t invest heavily in marquee shows that could draw viewers.

Now Hulu is trying become more of a player in an increasingly competitive digital television business. The online TV network boosted its investment in original programming and this year pumped an estimated $800 million into buying or making original shows and landing high-powered licensing pacts with TV studios. Hulu recently announced a major deal with Sony TV for the entire “Seinfeld” library — paying close to $1 million per episode.

Reflecting its elevated status in the television industry, Hulu in December secured its first Golden Globe nomination for the dark comedy “Casual,” which boasts Reitman as an executive producer.

“They really put their foot on the gas this year,” Nomura Securities media analyst Anthony DiClemente said. “It’s been a year of accelerated investment in content … They’ve shown they can be very aggressive in the space.”

The major media companies that own Hulu also view the service as a counter to the power of Netflix. Time Warner Inc., owner of the Warner Bros. movie and TV studio, TNT, TBS, HBO and the Cartoon Network, has been in early talks with Hulu to buy a stake in the service.

Analysts estimate Hulu is expected to generate about $1.4 billion to $1.7 billion in revenue this year — up from $1 billion in 2013, when the company last disclosed its revenue.

Last year, Hulu executives said the service had nearly 9 million subscribers, up 50 percent from 2014. The company has not yet disclosed figures for 2015 but some analysts project that Hulu’s subscriber base would more than double to 19 million by 2017.

The company, however, has yet to turn a profit, according to people familiar with the Hulu’s financials.

Hulu is seeking to capitalize on changing television viewer habits. More consumers have pared or scrapped their cable service and are looking to so-called over-the-top alternatives to watch their favorite shows. Subscription video services were in 46 percent of households at the end of the third quarter, up from 40 percent in the same period last year, according to a recent Nielsen report.

At the same time, Hulu faces rising competition from Netflix, which ushered in the binge-watching craze and won loyal subscribers with its high-quality shows such as “House of Cards” and “Orange Is the New Black.” Amazon also has been making waves with such critically acclaimed shows as “Transparent.”

By launching its own marquee shows, Hulu hopes to keep subscribers on its service longer. That’s important because Hulu has high turnover rate. A report from Parks Associates found that 7 percent of U.S. broadband households had canceled their Hulu subscription in the last 12 months, a figure that represents about one-half of Hulu’s current subscriber base, according to Parks.

To further expand its customer base, Hulu also recently introduced a commercial-free service for $11.99 a month ($4 above the regular rate).

Hulu launched in 2008 as a free, ad-supported website that worked to keep television shows safely in the hands of creators and distributors. It was viewed as a legal alternative to piracy.

“They were created as the Plan B for a few media companies,” said Doug Creutz, a media analyst with Cowen & Co. “They had seen what had happened to the music industry and they didn’t want the same thing to happen to them.”

But internal tensions arose as owners clashed over strategy. Hulu’s joint owners were intent on preserving traditional business models while Hulu’s former chief executive, Jason Kilar, was trying to build a service that capitalized on the changing viewing habits that threatened those models.

At one point Hulu’s owners contemplated selling their interest in the venture, creating further disruption.

Kilar eventually left the company in the first quarter of 2013, as did many of the executives on his team. An interim replacement served for seven months before Mike Hopkins, a longtime Fox distribution executive, was brought in to steer the streaming ship in 2013.

He stepped into the CEO role just months after Fox, Disney and NBCUniversal opted to hold onto to Hulu and instead invest $750 million into the service as the streaming market began to show promise.

Under Hopkins, a new executive team was hired. Among them was Erwich, previously of Fox Broadcasting and later Warner Horizon, who has led the charge to bring in big-ticket Hollywood talent into Hulu’s fold.

The new era kicked off with a big bet on comedy.

This summer and fall, the service launched three comedies with high-profile talent attached: “Difficult People,” of which Amy Poehler is an executive producer; Kaling’s “The Mindy Project,” which Hulu took on after Fox canceled the series; and “Casual” with Reitman.

“I was at their presentation to advertisers earlier this year, standing on stage where J.J. Abrams and James Franco were talking about their show and [Jerry] Seinfeld was announcing a landmark deal,” Reitman said. “It was crazy.”

Beyond comedies, Hulu also is investing heavily in new dramas. Its most high-profile upcoming show is “11/22/63,” based on Stephen King’s time-travel thriller about the assassination of President John F. Kennedy. The series is produced by J.J. Abrams, hot off his “Star Wars” lap, and stars Franco.

“It’s not just enough to say, ‘Hey, we’ll pay a little bit more or we’ll pay as much for your stuff,’” Hopkins said. “We like having these brands. We don’t want to expunge the FX or AMC logo and the brand from our platform. We’re proud of having it and we think it’s a really good selling point. Our selling point is: We’ll support your brand, we’ll promote back to the current season when people are bingeing.”

To be sure, Hulu has a long way to go catch up with Netflix, which has a subscriber base of more than 43 million and will spend $4 billion on content this year.

“Netflix still has a lead in original content, but Hulu is investing and trying to catch up,” analyst DiClemente said. “They need more of that content that you can’t find or get anywhere else.”