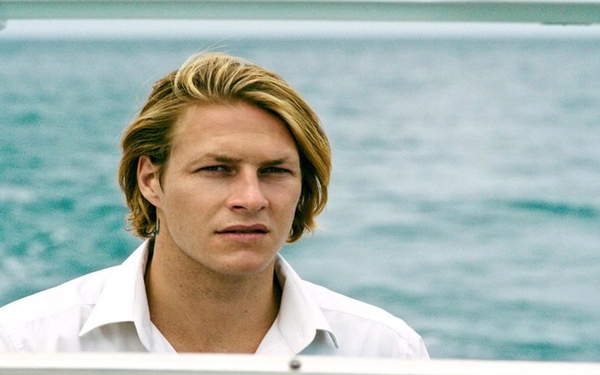 LOS ANGELES — Luke Bracey loves being an actor. The Australian has only been getting paid for working in front of cameras for a few years, but with movies such as “G.I. Joe: Retaliation” and “The November Man” under his belt, he’s already established himself as one of the rising young stars on the Hollywood scene.

There’s only one thing that would be a lure strong enough to get Bracey to look at a different career.

“If I could do anything else than what I’m doing now, it would be to travel the world surfing beautiful waves,” Bracey says.

That passion goes back to his days growing up in Australia when he spent all his free time surfing.

Bracey finally got to bring his two passions together with his role in “Point Break.” The film is about Johnny Utah, a daredevil motorcycle rider who, because of a tragedy, leaves the world of extreme sports to become an FBI agent. His skills come in handy when a group of extreme sports athletes start committing major crimes around the world.

If the plot sounds a little familiar, that is because the movie was inspired by the 1991 feature starring Patrick Swayze and Keanu Reeves.

Bracey is quick to point out that the new “Point Break” has some similarities but is not a remake.

“This is a reimagining of the movie and that alleviates the pressure of the first movie. It has all the heart and soul and ethos of it. But, at the end of the day, this is a whole new ‘Point Break’ with a whole new set of circumstances and consequences,” Bracey says. “I think the original is coloring us and helping us and pushing us in the right direction rather than withholding us.”

Bracey grew up a huge fan of the original “Point Break,” often watching the film before heading out to ride the surf. That wasn’t what drew him to the project. It was the chance to be part of a project where real extreme athletes were filmed in real locations rather than the scenes being created against a green screen.

There is a real fearless side to Bracey. He got into acting because someone told him about an audition and he thought he would give it a shot. Without any professional experience, Bracey was cast in the Australian series “Home and Away.”

That fearlessness made him want to be part of the “Point Break” cast.

“The physical side of the movie is what drew me to it. I grew up surfing and snowboarding and skateboarding, so it is something that is very close to me. I wanted to do everything I could do until the pros took over,” Bracey says.

The only scene where he and co-star Edgar Ramirez were not so willing to allow the professional stuntmen to take over was a fistfight. The idea was to make the fight look a little less polished that what is normally shown in movies to make it look a little more realistic.

Bracey and Ramirez spent three weeks rehearsing for the fight.

One thing that kept him from going too far with the other stunts was a little voice inside his head. During a day of filming when Bracey was hanging off the side of the real Angel Falls in Venezuela, all he could think about was that his mother was going to kill him for taking such a risk.

“She would kill me, if I didn’t get killed first,” Bracey says. “But, for me, putting ourselves as close to the physical action as possible before the pros took over was a great asset to embodying the character for me.

“You put yourself in these situations where if I got scared or apprehensive, I would think, ‘You’re Johnny Utah, bro. Get in there.’ The whole physical aspect was another side of it that added to the experience for me.”

The shoot was not only physical because of the stunts but also because filming was done around the globe over a six-month period. Bracey had to make sure he was doing everything as healthy as possible because of all the extremes in locations and shooting schedule.

All of the extreme sports action was exciting to Bracey. Some of it, he would do. Others, he took a pass.

“The wingsuiting looks spectacular, but also very dangerous,” Bracey says with a laugh.