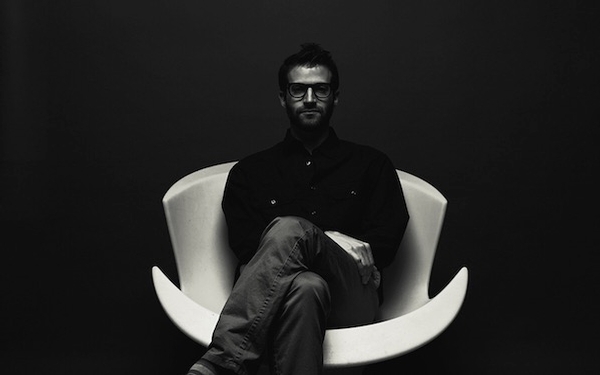 Last year, Benjamin Wynn, a sound designer and electronic artist who records as Deru, released “1979,” a multimedia project named for the year he was born. “1979” lives inside an Obverse Box, a wooden structure that houses a handheld LED projector (each song has an accompanying video), and costs $1,000; it can also be downloaded through the usual channels.

“1979” was made in collaboration with a team of visual artists and writers (it also lives on a website, www.1979.la

Wynn grew up in Chicago and experimented with hip-hop before moving to California and graduating from CalArts. He’s now an Emmy-winning sound editor and composer for film and TV.

The following is an edited version of a recent conversation with him:

Q: How do you measure the success of a project like this, when you have a projector that costs $1,000 each? By how many people go to the shows? Or by how many projectors you’ve actually sold?

A: We made 50 of these projectors, and we did a presale where we offered them for $500, and we sold most of them that way … there’s like, two left. We sold 41 of them before the album even came out. I was definitely surprised, it was definitely a huge gamble. The trend is that music has no value anymore, that’s it’s a dollar or it’s free, and we wanted to say the opposite, that music done the right way could be presented just as art is. Five hundred dollars in the art world is nothing. You could walk into any gallery and the smallest little drawing is $500. It’s only in the music world that that’s seen as very expensive.

Q: People are looking for an experience.

A: Exactly. We wanted to give people multiple ways to experience this music, (including) the website with an online gallery of memories. We said, “An album’s coming, please go to this website and upload a memory in exchange for a free song.” I felt like, I’ve put a lot of myself into this. If you give me something important from your life, I’ll give you something important from my life. I thought we’d get a lot of silly pictures from people who just wanted to get a free song, but it was totally the opposite. From the first day, people were uploading powerful things from their lives.

Q: Some of them are quite moving.

A: If given a safe place to do so, people really want to share their lives, which is pretty amazing. Right away without hesitation, on that first day we got 50 to 100 of them, and I’ve posted them all.

Q: You also went to a garage sale and found a box of things from someone named Jackson Sonnanfeld-Arden that influenced (the album). Was he a philosopher? What would you call him?

A: He was an academic who had a bent toward philosophy. He started getting more erratic later in his life, he would go on these rants about life and death. As he became a bit more ranty, there was a lot more truth in what he would say. I would discover these things, and kept them for years. Some of the black-and-white PixelVision footage we used for some of the teaser videos, it’s from an old Fisher-Price toy where you could record video onto an audio cassette. I bought one off eBay 10 or 15 years ago, and it came with all these tapes from this mother from the Midwest, who’d shot this footage of her child, and it’s absolutely amazing, pure gold. Basically this kid on his trike, going swimming. I kept it for years not knowing how to use it.

Q: You grew up in Chicago’s Hyde Park neighborhood. What were some of your earliest memories of music and sound?

A: One of my early memories of sound was at the Museum of Science and Industry, where they have that hallway where you can whisper into those parabolic domes. I absolutely freaked out about that. It was showing something that was kind of invisible, and giving you some way to hold it and experience it. Since then, I’ve always loved sound and the phenomenon of sound waves … It wasn’t until I got into hip-hop and (South Side radio station) WHPK, that was the first time I got passionate about music. I loved the sonic quality of hip-hop, I loved how gritty it was, I loved the sound of hiss and record noise.

Q: When you hung out at WHPK, you ran into rappers like Common who came through.

A: It was this amazing place. (Famed DJ) JP Chill was this amazing contradiction. You’d hear him on the radio and you’d be like, this guy is so cool. Then you’d see him and he’d be this short, white guy who was older than I’d expected, and pretty nerdy. You could just walk in there at any time and there’d be people freestyling or DJing or whatever. It was this amazing hub of underground hip-hop on the South Side of Chicago.

Q: Now you’re doing scoring work. Take me through the process of putting a score together.

A: Somebody comes with a project, be it a TV show or a film or a commercial, and they generally have ideas about the musical style — the genre, the emotions they’re trying to get across. You watch it, you spot it with them moment by moment, and talk about what needs to happen. I think the trick of scoring is making music that is compelling within a set of limitations. You’re given all these limitations, about time, emotion, the composition. Then you have to try to sort of forget all that and make music that’s hopefully compelling without the pictures, and that’s hard to do.

Q: It’s what a lot of musicians want, right? To do their own thing, and pay the bills with scoring jobs?

A: I think a lot of people’s dreams are what they don’t have, generally, but I’m really fortunate to be allowed to do that. It allows me to keep my own artistic music artistic. It allows me to do whatever I want, taking the pressure away from having to support myself.