Good Morning Karachi: a good step for Pakistani filmmaking, but not big enough 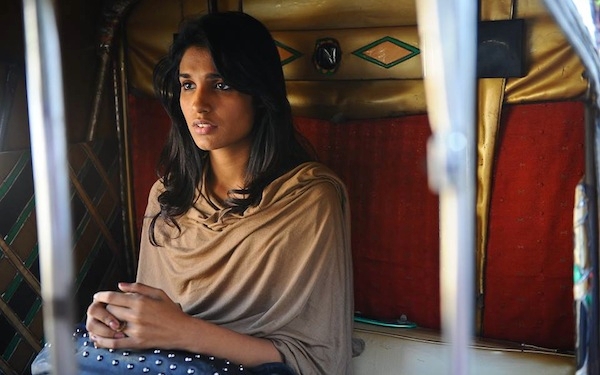 It’s easy to take for granted the kinds of stories that fill our screens here in America. In order for us to take a second glance at a film, it often has to be wild, unpredictable, or in some capacity an idea that we’ve never considered before. Good Morning Karachi is none of these things, until we look at it from the perspective of its director’s nation. So, while its cinematic elements may lack fundamental skill or creativity, this Pakistani drama at least deserves to be considered a step in the right direction.

Born in the titular city of Karachi, writer/director Sabiha Sumar has spent most of her career exploring what it means to be a Pakistani woman, but more importantly, what it means to push back against that definition. From the harsh cultural traditions of death-by-stoning in Who Will Cast the First Stone (1997) to the mandatory hijab worn by women in public in For a Place Under the Heavens (2003), Sumar has picked up on what the world notes about her home country and places it under direct scrutiny for all to see. Perhaps it is a war cry for change, or maybe even a plea for help from anyone who is willing, but it seems her work makes an impact as a women sentenced to stoning was later acquitted partly due to the conversations sparked by her film. It’s in this vein where I find value in Good Morning Karachi.

This latest film of Sumar’s, which is based on the novel Rafina by Shandana Minhas, follows the life of the beautiful and ambitious Rafina (Amna Ilyas), a young woman who lives with her mother and brother in a small apartment and knows that her time to face the world of arranged marriage is imminent. As you may expect, that doesn’t quite suit her, even though she adores the man in the match, seeing as her hopes are set on a career built of her own set of desires and wishes—a life embodied by a shampoo billboard beyond her terrace that she spends night after night daydreaming over. While her mother disapproves, she manages to coax her mother’s close friend Rosie Khala to train her as her assistant at a beauty supply company. Despite her ineptitude as a manicurist, her natural beauty quickly catches the attention of modeling agents who see an innocence in her that they want to bottle up as the next hot commodity.

Just when she begins to think all of her wildest fantasies are coming true, the reality of her environment and culture soon set in. Arif, her soon-to-be husband who is also political activist, gets arrested and a chain reaction calls Rafina’s devotion to family into the spotlight. Not only are her dreams suddenly engulfed by the shadows of death and greed, but now she must face her own idea of self as a Pakistani woman. Is going against the grain of culture just merely selfish, when religion and honor are dirtied, or is it an imperative move of empowerment for all Pakistani women?

In many ways, this question is the most important aspect of Sumar’s Good Morning Karachi. Where the acting, the pacing, and the writing do not all add up to create a deliverable whole, this very basic reflection of the worthiness of self within a much larger and complex context is a fascinating one, at least as a beginning stage of such reflection. We get to see the cogs in an ancient machine that has started to rust at the hinges begin to reverse in motion, and that is something truly worth getting excited about; however, as far as its quality of movement, Sumar’s story doesn’t go far enough.

While Ilyas, a real life model has a charming affect on screen, her embodiment of this emotionally torn young woman remains an apparition of the group she represents. Her youth and frivolity should give her an incomparable sense of passion, and yet her Rafina rests on her ability to smile shyly and get her way fairly quickly. Sumar attempts to build a strong foundation between Rafina and her family, namely with her younger brother who has a completely different future ahead, but only leaves us with brief and unsatisfying moments that don’t go nearly far enough.

The problem of the community’s reaction is also introduced, as crowds form underneath the billboards displaying a woman’s bare skin, yelling about God condemning such “sluts,” and yet the appropriate emotions of fear and hostility remain remarkably lukewarm. In a country wrought with tension, Sumar merely nods at it without much candor.

While she maybe didn’t want it to a heavy-handed exposition on the harsh realities of her culture, Sumar’s Good Morning Karachi shone in brief vignettes what it is Rafina and other Pakistina women turn their backs on, but the result appears as if she tiptoed around the elephant in the room rather than give it a proper punch in the face. But if she keeps it up and continues to grow as a filmmaker, Sumar has the potential to make a necessary impact on her country’s everyday breath and life.

GOOD MORNING KARACHI will be available on iTunes and Amazon on January 12th.