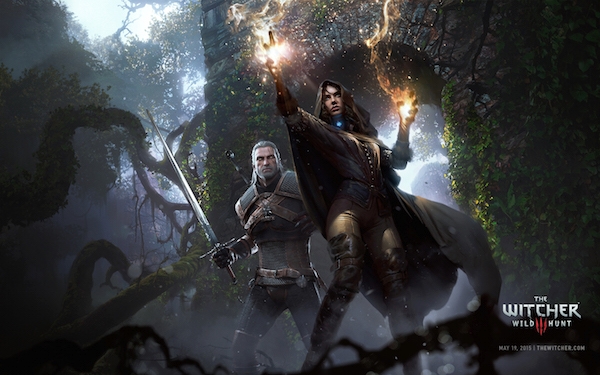 This week Shacknews is counting down its top 10 2015 Games of the Year, as tabulated by both staff votes and input from our own Chatty community. The Shacknews Game of the Year is “The Witcher 3: Wild Hunt.”

Daniel Perez, News Editor: Prior to the launch of “The Witcher 3: Wild Hunt,” the majority of the gaming community had a feeling what CD Projekt Red was creating was going to be big. Not just in terms of scope, but also in the amount of content, graphics and improvements over “The Witcher 2: Assassins of Kings.” Not only did “The Witcher 3” live up to everyone’s expectations, it exceeded them by leaps and bounds by still being a topic of many discussions several months after its release.

“The Witcher 3: Wild Hunt” tells the story of Geralt of Rivia, who is not only searching for his lover, Yennefer of Vengerberg, but also Ciri, his adoptive ward who is believed to be on the run from the Wild Hunt. While Geralt makes his way across a variety of settlements, environments and locales, his adventure is filled with a number of memorable characters and stories we’ve ever experienced in a video game. No one will ever forget the Bloody Baron’s story and how they felt when they learned the truth of what happened to his family. And just mentioning Skellige will cause players to instantly recall what occurred in the Possession quest.

“The Witcher 3: Wild Hunt” did not only surpass many video games that were released this year, but it’s arguably one of the best games of this generation so far. With a rewarding combat system, graphics that continue to impress, and a world full of life, love, and danger, we can’t think of a more deserving game to receive our Game of the Year award than “The Witcher 3: Wild Hunt.”

Josh Hawkins, Guides Editor: Oh, “Witcher 3.” CD Projekt Red should be immensely proud of where they’ve come with the “Witcher” series. They’ve taken a lore heavy story (the games are based on Polish novels) and successfully transferred it over to the visual medium, which isn’t always an easy job. Geralt’s story is one of my favorites in video game history, and I’ve put far more time into the three-part saga than I’d like to admit openly.

That being said there are quite a few things that make “Witcher 3” not only stand out above the other RPGs of the year, but also the other games of the series. Firstly we need to take a brief look at where CDPR started. “The Witcher” was a Bioware-esque RPG. While the game’s story was magnificent, the controls and graphics were subpar to say the least. They improved massively upon this in “The Witcher 2: Assassin of Kings,” and further still in “The Witcher 3,” when they introduced the thriving, living and breathing world of The Northern Realms. It’s not often that developers can really put the player into a game world, and truly make them feel like a part of it, and I genuinely believe CDPR has done that with “The Witcher 3: Wild Hunt.”

Not only is it one of the greatest RPGs ever made, it’s also a fitting end to a spectacular story that is worth experiencing by everyone.

Ozzie Mejia, Senior Editor: And it's not always easy to take a third part of a trilogy and not only make it pay the story off as a whole, but also make it easy to jump into for anyone. It was satisfying enough for anyone that's played the first three games, but I'm a guy that hasn't played a “Witcher” game going into this. I didn't need to past lore, because CDPR is talented enough to make this a fantastic standalone saga.

And I'm always a sucker for lore and actually having that lore mean something. Like when I bump into a giant griffin or a demonic spirit and not only read about them in detail, but find ways to defeat them sprinkled into their entries. It's fantastic design and encourages people to dive as deep into this world as possible.

DP: I'm somewhere between you both as I played a bit of both “The Witcher” games, but I didn't spend nearly as much time as I did with “The Witcher 3.” There were some moments that I recognized from previous titles, though Ozzie is right in saying you don't need to have played any of the previous games in order to appreciate everything “The Witcher 3” has to offer.

Now that I've experienced a game like “The Witcher 3,” it has ruined me for similar games. If I play an action-RPG now, I compare its combat, story, graphics, and everything else to what CDPR offered in “The Witcher 3.” We voted for “Dragon Age: Inquisition” to be our Game of the Year last year, but if “The Witcher 3” came out the same year as “DA:I,” I still think it would have been considered GOTY over BioWare's RPG. I know we've said it a number of times by now, but “The Witcher 3” is just a fantastic game.

JH: I wholeheartedly believe that is one of the most defining traits of the “Witcher” series, Ozzie. And CDPR really outdid themselves with the amount of detail, and in-depth knowledge available to players in the descriptions and lore. This is something that has really been unprecedented in RPG games over the years, and I think CDPR has done a great job of setting a new bar for upcoming RPGs. In fact, I’d even go so far to say that, I would have loved “Fallout 4” even more, if I hadn’t experienced “Witcher 3” and seen what developers could do with a lore heavy RPG. Just imagine if “Fallout 4” were sprinkled with the beauty and lore that “Witcher 3” has. How amazing would the Commonwealth be then?

Geralt’s adventures are an amazing trek through a fantastic story, and I think CDPR will only continue to wow us with what they have coming up next.

Shacknews is a leading online provider of videogame, entertainment and lifestyle content, as well as community and interactive services. Read more at Shacknews.com