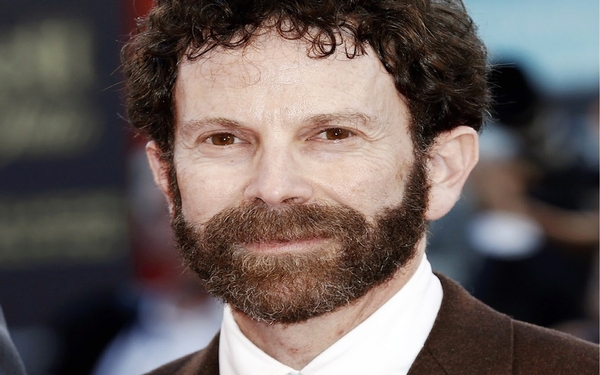 “Anomalisa” is a funny, sad film about a man filled with loneliness and self-doubt. Of course it is, it was made by Charlie Kaufman.

Kaufman has explored that area from the beginning of his career as an Oscar-winning screenwriter and director. In “Being John Malkovich,” “Human Nature,” “Adaptation,” “Eternal Sunshine of the Spotless Mind” and “Synecdoche, New York,” he has focused on male characters who view their private lives like jigsaw puzzle pieces that don’t fit very well together. Whatever comic hijinks his sardonic stories may contain, existential disappointment is a given.

“Anomalisa” takes that formula to remarkable new dimensions. Here more than ever, Kaufman is both funny-ha-ha and funny-odd. The film does its iconoclastic storytelling through stop-motion animation, handmade sets reflecting the mundane world, and a radically reduced cast of voice performers.

Middle-aged Michael Stone (voiced by David Thewlis) is visiting Cincinnati to deliver a speech at a conference on customer service. There he meets Lisa (Jennifer Jason Leigh), a gentle attendee who may help dissatisfied Michael find love, or himself. Surrounding them is a Babel of supporting characters (each man, woman and child voiced identically by Tom Noonan).

In a recent phone conversation, Kaufman and co-director Duke Johnson, who directed the Emmy-winning animated episode of the TV series “Community,” discussed their film’s unusual challenges and rewards, including a tender, explicit puppet love scene.

“Anomalisa” was originally written in 2005 for the Theater of the New Ear project, a presentation of one-act “sound plays” that Kaufman wrote with Joel and Ethan Coen at the request of veteran composer Carter Burwell. Burwell staged the performances for live audiences in the manner of old-style radio, with actors seated on stage, accompanied by an orchestra and a sound effects artist.

“That was the end of it,” Kaufman said, until Johnson’s animation studio approached him in 2011 and proposed doing the work as a stop-motion film. Thewlis, Leigh and Noonan played the same roles in both the live “Anomalisa” and a decade later for the screen adaptation.

It was a new task for Johnson, who had never done such an emotionally resonant project.

“I usually worked in a cartoonish style,” he said. “That’s what was exciting about this project. It seemed to me almost impossible to achieve and not like anything we’d ever seen before.”

While the film is an avant-garde love story, Kaufman said that “when I’m writing, I’m not trying to reach a mass audience, I’m just interested in things I want to explore.”

That’s what shaped both the subject of “Anomalisa” and its animated design. When it began onstage, “I could only afford three actors, so I thought it would be interesting to have one of them play multiple others,” he said. He often studies psychological disorders, which led him to the idea that numerous characters could appear to sound identical. He borrowed the notion from the “Fregoli syndrome,” an affliction that makes its subjects believe everyone else in the world is a single person in rapidly changing disguises.

That includes building a story around the experiences of a customer service representative, a job Kaufman held for almost a decade before his screenwriting career, including years answering customer complaints about delivery problems for the Star Tribune.

Animating “Anomalisa” took three years of minutely choreographed still images. “We produced about a minute of footage a week,” Johnson said. That gradual method brought unexpected benefits. “Your relationship to the material evolves,” he said. “The script didn’t change but the style of animation and the approach to the subtlety and nuance of the performances really evolved.”

That approach includes episodes of realistic nudity, genitals included, that put the inherent falseness of the medium on its head. The film, rated R for strong sexual content and language, includes a poignant scene of Michael and Lisa moving into his hotel room bed. It’s a humane depiction of intimacy, vulnerability and real-life clumsiness that seemed so realistic during the filming that Johnson said one animator asked to bow out of handling that scene. It reminded him too much of a relative.

Embarrassing as that might have been, it reflected the core honesty that Kaufman values so much that he would happily take on another such project.

“I really enjoyed this process; it was a very interesting and profound experience for me” to work in a vastly different form, Kaufman said. “We’ve talked about doing other stop-motion projects together, and I think we’d all like to.”