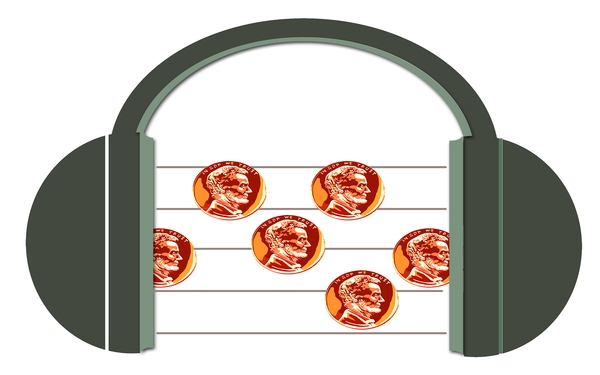 For those of us whose passion or work leads us to follow the machinery and magic of recorded music, there are infinite avenues for education.

Jumping from platform to platform is the norm. In bursts of listening we search for the perfect beat via online radio stations, playlist generators, mixtapes, podcasts and streaming services. Many of us leap from headphones to car to house using new-era systems including Tidal, Apple Music, Spotify, Soundcloud, Mixcloud, YouTube and Bandcamp.

And those of us who harness streaming as a means to monitor the bounty of new music have even more avenues for education through famous and anonymous tastemakers we stumble upon.

To paraphrase Sly Stone, everybody is a curator. Your barista might know more about 1990s hip-hop than the dude on Power 106, and she has the YouTube playlist to prove it. Some random girl on Spotify can accrue as many followers via social media as Red Alert or Dewey Phillips did in their prime.

In this new landscape, however, even the dedicated music lover can be overwhelmed by a whirlwind of rapid change.

How head-spinning has the business been? 2015 closed with news that amid billion-dollar streaming deals the lowly record player was the most purchased piece of electronic gear during the holiday season. As the vinyl resurgence continued, though, music streaming overtook downloads and physical product as the format of choice for the majority of listeners.

Behind the scenes, the rapper Jay Z bought a service and relaunched it as Tidal, introducing it in the spring as an “artist-friendly” concern centered on high-fidelity sound, artist-created playlists and exclusive content. Apple Music’s summer arrival generated a media frenzy as well as subscriber numbers that recently surpassed 10 million.

A few months later the indie-centric streaming service Rdio was acquired by Pandora, suggesting that Pandora will augment its successful radio model with on-demand action.

All the while, Spotify continued to hold a majority of the market with its efficient “freemium” model, established user-base and active social media presence. As industry leader, though, Spotify was also the biggest target for artists-rights activists. In the last month two class-action suits have been filed against the media giant, both claiming unlicensed use of recordings.

The year was capped when the Beatles estate finally negotiated terms that landed its catalog on the splash pages of every major streaming service. For weeks, Beatles songs have been hovering near the top of the worldwide streaming charts.

All those services offered those same Beatles songs and 30 million others. The average listener, however, need commit to only one such service.

But which service is the best?

That depends on whether you’re an active or passive listener, how much money you want to spend and how you listen to music.

Apple Music, Spotify and Tidal revel in the new world of curated playlists and on-demand listening. Each works well for those who like to keep up on new music by relying on tips from friends, a plugged-in sibling or trusted record-store clerk.

Most will find much to love from Apple Music, whose in-house staff of editors and curators drop incisive playlists that mix deep cuts with new sounds across genres. As a springboard into the millions of tracks, the platform’s app offers direct connections to new releases and themed playlists as well as the DJ and artist programmed Beats 1 radio, a timeline-style “connect” portal that allows fans to follow their favorite artists and an algorithm-driven radio service similar to Pandora. A separate “My Music” page collects all the tunes you’ve liked and collected in a separate spot.

Spotify’s app is a little more frustrating, mostly because it doesn’t offer one of the platform’s best features: a timeline of what your friends are listening to. Spotify’s desktop version has it, but it’s either buried or hidden on the app. More prominent are worldwide charts, new releases and playlist pages, each of which offers frequently updated tips and recommendations. Within 24 hours of David Bowie’s death, a comprehensive playlist had accrued more than 150,000 followers. My favorite feature is the Spotify Discover personalized playlist, which generates weekly tips based on past listening habits.

Audio snobs have long dismissed streaming music as a poor substitute for higher-fidelity formats such as lossless audio files, LPs and compact discs. Neil Young removed most of his albums from many services because he wasn’t happy with how they sounded. But in the last year fidelity has improved across the board. Leading the charge have been two services, Tidal and Deezer. The latter is competitive in Europe and has just announced entry into the U.S. market.

Both offer what they advertise as “lossless” audio, and in Tidal’s case, the difference is noticeable. I’m not an audiophile, but I love good sound and know my highs and lows. Tidal’s premium tier costs $19.99, and whether through headphones, Sonos system, car stereo or home system — I compared them all — the extra $10 does make a difference.

That monthly payment will grant you velvet rope access to a highly usable system with quality editorial content (most recently, a great selection of artist essays on David Bowie curated by review site the Talkhouse) and much star power. Of all the services, Tidal is best with exclusive content. It’s also devoted to unsigned acts via its “Tidal Rising” feature. But lacking much context, those offerings are spotty and confusing.

Though Tidal markets the quality of its stream, for my money Spotify’s $9.99 premium subscription sounds almost as good, especially when using what the company calls its “extreme” sound setting. Though it uses up a lot of bandwidth, the difference is noticeable. Neither Tidal nor Spotify extreme have the muddy feel of compressed MP3 files. Rather, albums sound like excellent recordings worthy of your attention.

By comparison, Apple Music is the laggard. With a playback volume that is noticeably lower than its competitors, music played through the service is inconsistent.

Passive listeners less concerned with high-definition sound, the cutting edge or on-demand listening will continue to find Pandora unbeatable. Brilliant at intuiting your melodic desires, the service uses complex math to choose hot songs, but it’s hard to tell a machine’s doing the picking. While having a beer recently, I remarked on the bartender’s great taste in music — her playlist had dropped deep cuts by Young Marble Giants, the Raincoats, the Mekons and Television Personalities. She laughed it off. It was, she said, a Pandora post-punk station.

Similarly, Slacker Radio thrives on a combination of curated and computer-crafted stations. Like Pandora, Slacker offers a free ad-supported tier. Unlike Pandora (yet), Slacker’s premium tier buys you both on-demand and radio-style options.

I use Spotify more than the others. It’s more stable, sounds better than Apple, and enables me to pinpoint trusted tastemakers more easily.

When I want people to know what I’m listening to or send album tips to followers, I’ll broadcast it via Spotify, where my friends and followers can see what’s what. If I’m making a themed playlist, I’ll do that via Spotify too. It affords easy sharing, and I can tell who’s digging it.

The downside? I want my money to support musicians.

And yet, Spotify is the most social of the platforms. It allows me to access the listening activity of friends and peers — Gladwellian “influencers.” My former barista, for example, has impeccable taste in experimental pop. She has no idea how much she’s influenced my listening habits.