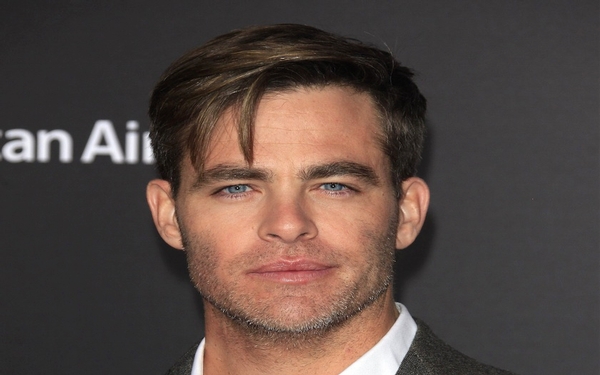 LOS ANGELES — Chris Pine is carving out an interesting — and broad — career for himself playing military men. It started with taking on the role of Captain James T. Kirk for the re-launch of the “Star Trek” franchise.

In his latest film, Pine is coxswain Bernie Webber, the man who commanded a small wooden Coast Guard vessel through hurricane winds and giant waves to save the crew of a sinking oil tanker in 1952.

It wasn’t the uniform that caught his eye. Pine was drawn to “The Finest Hours” by the driving action and uncomplicated story.

“There is a simple elegance to it and I just liked that. It’s about ordinary men doing extraordinary things,” Pine says. “It’s also driven by a very strong romance.”

The role has him playing a leader of men again, but it couldn’t be any more different from the space ace he portrays on the Enterprise. He elected to play Webber as a man who wrestles with fear.

This rescue mission story is based on actual events. Pine was unable to talk to Webber, who died in 2009. That meant he had to depend on research, which revealed Webber dealt with a lot of issues, such as his brothers being World War II heroes while he never saw duty outside the United States.

A lot of Pine’s understanding of Webber came from an audio recording he was given where the hero talks about his life and that eventful mission.

“The tape was Bernie talking to a small town newspaper 15 years later,” Pine says. “It is so boring. You could tell he was so bored of talking about it. He’s just a by-the-books, regular Joe. It was very illuminating for me and I drew whatever I could out of that. It just seemed like a man who didn’t want to talk about it, wanted to get on with his life, had a family, believed in God, loved the ocean.”

Pine saw Webber as a man who never got the same attention from his father that his brothers got and eventually became the black sheep on the family. That changed on that fateful night in 1952 when he led three men on the rescue mission. The act is still considered the greatest small boat rescue in Coast Guard history and earned all four the coveted Coast Guard Gold Lifesaving Medals.

All of that made playing Webber more than another job for Pine.

“It is a privilege to represent these men and woman,” Pine says. “That’s the joy of this job. We have the privilege of spending time with the real Chatham Coast Guard. It’s always humbling to be around men and women in the military . . . who put their fellow man first and not for self-congratulatory purposes.”

That’s what Pine and the other actors focused on when they were filming and were constantly drenched with waves of icy water. They all knew they were going through the discomfort for a movie, while the real men did it to save lives.

One thing Pine loved about starring in “The Finest Hours” is that it allowed him to play a character from the ‘50s. He’s a big fan of everything from the ‘40s and ‘50s — the fashions, the music and cars.

Pine isn’t done with his command work. He’ll be back in more “Star Trek” films. He will also play Captain Steve Trevor in the upcoming “Wonder Woman” movie. The film also allowed Pine to play in another time period, this time during World War I.

“I like having a job. I am in the .0001 percentile of actors that works steadily. Thank God,” Pine says. “That’s not false humility. I am just really happy to work. I get great gigs. I meet awesome people. I get paid well. I have an awesome life. I just think it is incredible that a big studio making a film like ‘Finest Hours’ is a rarity.”