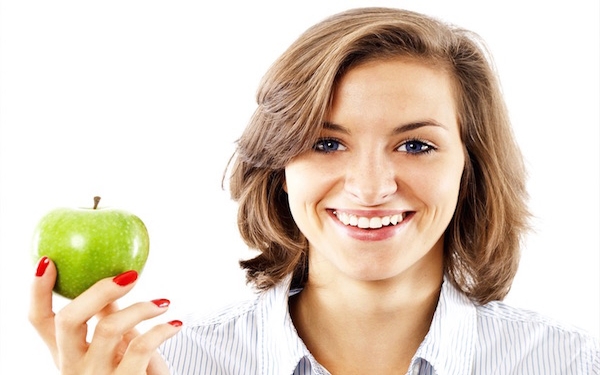 Turns out many of us have been practicing mindful eating all along but not aware we were onto one of today’s hot medical topics.

Said grace before dinner? Enjoy a moment of silence before tearing into that savory plate of lechón asada?

You were mindfully eating — or, at least, starting out on the right path.

Mindfulness in eating, explains Dr. Ashwin Mehta, medical director of Integrative Medicine at Memorial Healthcare System, “is regarded as a new science in Western mainstream medicine but, in reality, it’s really an ancient science from the dawn of humanity. So many cultural traditions have a rich history of incorporating different styles of mindfulness into practice.”

In general, mindfulness is nonjudgmental awareness that takes many forms, such as breathing exercises, guided imagery, devotional practices, meditation, biofeedback, writing in a journal. “Each of these from a medical standpoint are very similar for their physiological benefit,” Mehta says.

Why this matters at a time of expanding American waistlines is that the practice can readjust one’s metabolism for efficient calorie burning, the medical community is finding. Mehta and others, like Scott Rogers, director of the mindfulness program at the University of Miami School of Law, encourage mindful eating to combat obesity.

Mindful eating is not a diet. It’s not another form of denial or exercise program.

“One of the ideas is that a lot of people can have a lot of factual information about how to eat well and yet when the rubber meets the road it’s challenging to implement. Mindfulness is one way of working through the impediments and obstacles that get in the way of doing that which we already know to do,” Rogers said.

So how can you incorporate mindful eating?

— Eat slower. Savor the flavors. Your brain will have time to register that you’re full and stop you from overeating.

— Enjoy the silence. Concentrate on the act of eating. Avoid distractions like TV and your work desk, and avoid eating while driving.

“When things get stressful, when we get worried, these are some of the times our habits toward the sweeter and saltier and fattier foods kick in,” Rogers says. “One of the things mindfulness offers us is a way to end those moments, to be more aware of the sensations of impulse and not succumb. The awareness of the sensations compelling that behavior, not just the thoughts, is the key.”

There is science behind the process, too.

“There are two general modes, ends of the spectrum in which the human body operates. One is the stress response — fight or flight, which releases adrenaline and cortisol. The other spectrum is rest and digest,” Mehta says. “One of the reasons mindfulness works is it gives us insight into exactly where we are on that spectrum internally so it allows us to check in on ourselves.

“Our bodies are very intelligent in how it allocates resources. When we are stressed out it sends more blood to muscles and bones and organs of action. When we are sitting down for our meal, our body will shift its blood flow to organs of digestion,” Mehta says.

“So oftentimes we live in a hyper-stressed environment in our society where 25 percent of food consumed in the U.S. is consumed inside moving vehicles, planes, trains and such. That is a staggering number. And when you are multitasking by eating at your desk you are not focusing on your eating. The assimilation of nutrients of what you are eating is impaired because the needle is still over on the stress side of the spectrum,” Mehta says.

In addition, research shows that mindfulness practices, such as slowing down, breathing in fully and being aware, increases the activity of natural killer cells, the first line of defense in the immune system. Mindfulness can also change the structure of genes to protect DNA, which can alleviate some of the problems associated with aging, Mehta says.

— Bring compassion to the table — for yourself. “Mindfulness is not about resisting but about having a larger container to hold more sometimes competing feelings and sensations,” Rogers says.

Mindfulness tells you you’re OK. Your feelings are normal. The point is to recognize your feelings as temptations that compel you to consume that chocolate bar on your colleague’s desk when you know you really ought to bypass the candy.

Said Rogers: “The key is not to talk yourself out of it but to learn to be with the impulse to take a bite out of something and not give in to the impulse.”

Dr. Ashwin Mehta, medical director of Integrative Medicine at Memorial Healthcare System, and Scott Rogers, director of the mindfulness program at the University of Miami School of Law, suggest the following practices to promote healthier eating.

Deep breathing, first and foremost. “Focusing on the breath is a wonderful beginning mindfulness practice.”

Don’t judge yourself. Many become frustrated when their minds race during meditation and give up. The remedy: don’t focus on clearing the mind or on controlling your thoughts. “The initial step is to become a passive observer of the mind.”

Use smaller plates so the appearance of sensible portions look more substantial.

Don’t eat at your desk or in the car.