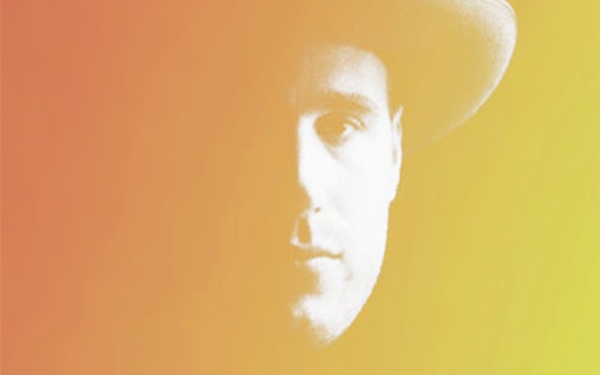 Four years ago Rayland Baxter was playing coffee shops. Today the singer-songwriter is touring behind a sophomore release that has garnered rave reviews. Grateful for the warm critical reception, he’s also mindful that a serious music career is created over the long haul.

“You’ve gotta stay on the road and cover ground,” Baxter says, calling from his tour van on the way to an Atlanta gig.

That plan includes a lot of miles. “At least that’s our approach. There are so many bands who will do it if you don’t. I haven’t fallen onto the radio-success train or the buzz-band train. But brick by brick the strong house is built. I’d love to stick around for a long time because I really enjoy doing this.”

Over the past few years, he’s toured with a range of acts including Grace Potter and the Nocturnals, Kacey Musgraves and Boz Scaggs. Those varied experiences have offered a primer on surviving in the music business.

“I’ve toured with a lot of different bands and I’ve seen how they manage,” Baxter said. “I’ve seen how they take care of their health, how they entertain the crowds, what they say between songs and how they wake up in the morning. What do they have in their coffee? They have an apple for breakfast? Cool.”

Baxter travels in a Dodge Sprinter with a backing band of four musicians and a tour manager. Being on the road is an ever-evolving lesson. There are the constant challenges of being a musician balancing commerce and art.

“It’s trial and error,” he said about the realities of road life. “We learn how to save. We learn where we wasted money and what it was wasted on. We see what colors of T-shirts sell. It’s running a business and trying to be an artist at the same time.”

Baxter grew up in Old Hickory, Tenn. He spent his childhood playing soccer and catching crawdads. His parents divorced when he was 2 years old. He stayed with his mother and remained close to his father, Bucky Baxter, the sought-after multi-instrumentalist and pedal steel guitarist who has played with Bob Dylan and Steve Earle.

As a child, Baxter didn’t fully understand Bucky’s renown as a session player and touring musician. “He would go off and do cool things and I knew it was different than most of my friends’ parents,” Baxter said. “But at the same time I didn’t know how cool it really was until I went off and started making my own music.”

Although Bucky bought his son a guitar at age 12, he never pushed Baxter to follow in his musical footsteps. “I was playing sports,” Baxter says. “I was doing my thing growing up. My dad never said, ‘We should get you music lessons.’”

Although he was never pressured to play an instrument, recorded music was a constant in Baxter’s childhood home. “My first album was ‘Sgt. Pepper’s Lonely Hearts Club Band.’ I burned the hell out of that.”

He also embraced the music of a number of 1990s alt-rock bands including Everclear and Spacehog. Baxter was so enamored with Green Day he named his pet iguana after the pop-punk superstar band. Later he fell in love with the work of heavyweight singer-songwriters Dylan (“He was the king”), Neil Young and Leonard Cohen.

Smitten as he was with those artists, he didn’t have a music career in mind and instead headed to Loyola University Maryland in Baltimore. Afterward he lit out for Creede, Colo., where he began playing cover songs at open-mic nights.

The road diverged when his father contacted him about a professional opportunity. Bucky was on tour with a band that needed a guitar tech. Baxter accepted the job. It was a gig that took him across Europe.

When the tour wrapped, he visited his father’s best friend who lived in Israel. It was intended to be a short vacation of a couple of weeks, but Baxter was so taken with the people and the landscape he stayed for several months. That experience became an artistic turning point for the burgeoning artist who began to write his own songs.

“My dad’s friend is a huge Bob Dylan fan,” Baxter says. “We would geek out over what Dylan’s lyrics meant and how (a songwriter) can play with words. I did a bunch of songwriting when I was there. It was the formative phase.”

Baxter returned to Nashville in 2008 with a commitment to fully pursue music. Bucky gave him professional counsel along the way, from songwriting advice to stagecraft tips.

“He’s been a good sounding board,” Baxter said about his dad. “I didn’t know how to carry myself on stage. Bucky would give me little pointers. One time he told me I was standing like Dave Matthews. I said, ‘OK, I get that and I don’t really like that stance.’”

“Bucky is a rad dude,” Baxter says about his father. “He’s a really interesting and melodic pedal steel player. He knows when to play and when not to play. That’s always been his thing. I see how he carries himself in the studio and live on stage. He’s just cool. He has good taste.”

Baxter is happy to be living on the road these days and performing his songs with a full band. Besides learning the ropes of the music business, he’s glad to be immersed in the artistic life.

“As a musician, I’m playing every day,” he said about the perks of touring. “I’m becoming a better guitar player. I’m always thinking about the songs, so I’m a better songwriter. That’s my role on the planet Earth at this time — to exist as a songwriter and a good person.”