‘The Witch’ writer-director sets the scene for horror 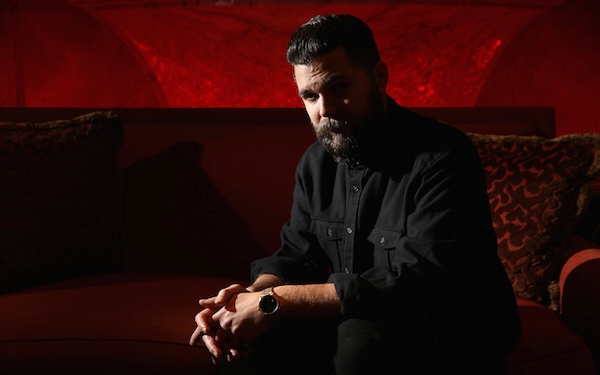 Writer-director Robert Eggers poses for a portrait on Feb. 9, 2016 at The Four Seasons in Chicago. (Abel Uribe/Chicago Tribune/TNS)

Opening this week, a year after its rapturous premiere at the Sundance Film Festival, writer-director Robert Eggers’ debut feature “The Witch” joins a very short list of recent horror films — “The Conjuring,” “The Babadook,” two or three others — that are truly frightening, as well as insidiously assured in their style, tactics and storytelling.

“The Witch” may well be a modern classic. It is exquisite period filmmaking made on a tight budget ($3.5 million), and just as the old late ‘70s “Superman” marketing campaign promised that we would believe a man could fly, “The Witch” makes you believe that witches are among us. Or, rather, that they were a natural, inevitable result of our early 17th century Puritanical selves.

Married to a psychologist, which “comes in handy,” he says, smiling, the 32-year-old Brooklyn filmmaker tells a tale of disarming simplicity in “The Witch.” For reasons left tantalizingly ambiguous, a farmer (Ralph Ineson), his wife (Kate Dickie) and their five children (Anya Taylor-Joy plays the oldest) are banished from their community. They set up a harsh new life for themselves at the edge of a placid-seeming patch of woods, a long way from anyone else, with their goat, Black Phillip, and a grim determination to forget all they have left behind in their community, and in England before that.

What they find there, on the wood’s edge, is pretty damned scary. Like any horror story that sticks, “The Witch” realizes true fright comes from within, as well as without. Eggers focuses intently on the family members in crisis, and in the throes of sexual urges they associate, fiercely, with sin, and the devil. Comparisons have been made since Sundance to “The Shining” and “The Crucible” but Eggers, who came to directing from a background in theatrical and film production and costume design, also pulled imagery and atmosphere from his own New England childhood.

“I mean, look: I wore costumes to school until I got beat up for it,” Eggers says. Theater and transformation was in his blood. He visited Salem, Mass., early and often. “I’ve always had nightmares about witches, well into adulthood. If you grow up in a small New England town, New England’s past becomes a part of your consciousness. “

In school, he says, “you’re taught about the Salem witch trials in a way that seems vague and unrelatable. The idea was that superstitious, simple people accused women of something abstract and demonstrably fake.” But the supernatural world and the real world existed in proximity then. “In order for that time and place to be real for an audience,” Eggers says, “we had to get totally into this mindset, the religious values, the way people spoke, all the physical specifics.”

Eggers made “The Witch” in northern Ontario (Canada’s tax credits brought the costs down by nearly half). The oak clapboards for the farmhouse needed to be hand-riven. They couldn’t find the trees they wanted, so they located an expert in Massachusetts to source and ship them to the set. A roof thatcher, who knew how roofs looked in the 1630s, traveled north from Virginia and did a lovely job on the set. Nothing in the design and realization of “The Witch” jumps out at you, because everything works together, subtly.

The years leading up to the shoot were long, and hard: four years of research, writing and looking for financing “in between design gigs,” Eggers says. “There was a year in there where there was, like, no movement. We had people interested right away in making the film for half of what we needed. But we knew what we needed to make it right.” A more experienced director (Eggers won’t say who) urged him to take the smaller pot of money and make the thing in a backyard somewhere, and not worry so much about casting British actors, or spend quite so much time hand-stitching the costumes. The advice went unheeded.

For a first-time feature, “The Witch” boasts some exceptionally elegant and complicated camera work, and like the production design elements, you don’t notice it until the cumulative effect takes hold. Eggers cites Ingmar Bergman as an inspiration; his more flamboyant inspirations, he says, include Stanley Kubrick and F.W. Murnau.

“With Bergman, you’re just into the story, and it’s only afterward you realize: My God, that scene, that was one shot, seamlessly weaving from one person’s subjective experience to another,” Eggers says. “Obviously I’m not there yet. There’s certainly a bit of ‘look at my technique!’ in this movie that’s a little embarrassing. Whatever, I’m a first-time director. But the way Murnau, in his film theory, talks about the moving camera and how shot composition is emotional composition … it’s all common sense.”

Witches, he says before we wrap up the conversation over coffee, “have shaped and rattled our culture since the early modern period. The witch in that period of our history was the embodiment of men’s fears and ambivalence and fantasies about women and female power. And in this male-dominated society, a witch also meant women’s fears and desires and fantasies about themselves.” The results provoke the highest quality anxiety of the new moviegoing year.