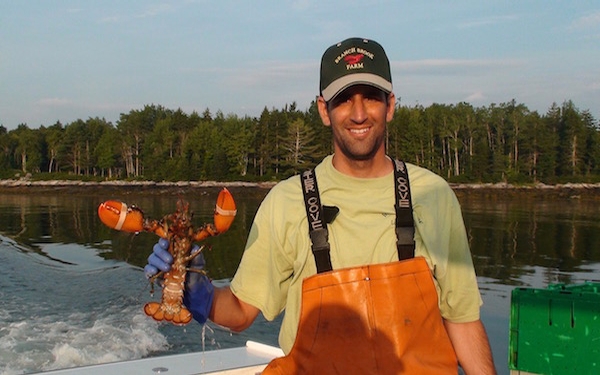 Daniel Seddiqui attended USC and studied finance and economics.  When he graduated in 2005, he was excited about what the future held.  However that anticipation soon turned to anxiety when he received rejections on more than 40 jobs after qualifying for second and third round interviews.

He thought he’d try and broaden his job prospects but after sending out what felt like 18,000 e-mail inquiries, only volunteer positions were available. Over the next three years of working volunteer coaching positions based in Chicago, Virginia and Atlanta, including retail positions to stay afloat, he was trying to find his career direction and sense of worth.

At one of his lowest points, after having a casual conversation about his job struggles with a man he sat next to on the train, the man ended up offering him an opportunity to work at a big retail chain. It was absurd not to take his offer.  However in that moment, he was inspired to begin wondering about all of the opportunities that could be discovered if he opened his mind, which is when the idea to explore the country and see what it had to offer came to light.

He decided that this would be a chance to not only explore career opportunities, but also the cultures and environments that existed throughout America.   This was when he launched the idea 50 Jobs/50 States.  The important part of his mission was to choose jobs that reflected the culture and economy of each state, giving him a better understanding of what shaped each place.  What started as a simple idea became the springboard for Daniel’s current passion.

What was the most important thing you took from your college education? It was an environment where I learned to challenge myself, explore new subjects and be amongst different types of people.  What was most comforting, I wasn't alone in the process, whereas I was in the 50 Jobs in 50 States journey.

How do you think college failed you in terms of preparing you for the job market? I don't think it's just college, but our entire educational system.  We are taught so many subjects, but we're not guided in the understanding how it can be used in reality.  In terms of a career, I had no idea what a scientist did until I embarked on this journey, even though I studied science beginning in elementary.  We need to do a better job helping students connect the dots and explain why the materials they're learning is important rather than have them go through the motions.

How did you line up your jobs as well as fund your travels?  I lined eight jobs up before hitting the road, just with cold calling and asking for a position for a week.  For instance, I knew I wanted to work in the corn farming industry of Nebraska so I found hundreds of contact phone numbers and asked If they needed an extra set of hands during the harvest season.  I was seeking sponsorships, but received no support.  I had a tank full of gas and hit the road to my first couple jobs and earned paychecks from each position.  45 jobs paid.

Which three jobs were your favorites?   Dietitian, weatherman and cartographer.  Each of these three, I never considered because of the lack of exposure.  I liked them because they were challenging and rewarding.  They play a significant role in the lives of others.

Can you tell us about your least enjoyable job and what did you learn from that experience? Meatpacking was my least favorite.  Having to slaughter large cattle was definitely a step out of my comfort zone.  It taught me to be conscious of the world around me and not to live 'out of sight, out of mind.'  It reminded me to make informed decisions with everything I do.

What were your five top cities and why? I appreciate cities that have unique cityscapes, park systems, and history.  My favorites were Chicago, Seattle, Savannah, Boston and San Francisco.  Each of these unique cities were representative of the regional culture and had very interesting histories.

Do you keep in touch with anyone you met during your travels?  I stay in touch with pretty much everyone.  Each person that I met bettered my experience and changed my life.  I do visit them whenever I have business in their state.

How did you change from 50 Jobs? I challenged myself in many ways and learned the potential one has when having a purpose.  The experience gave me much more confidence to embark on any of my wild ideas.  The trip also opened up my world and created opportunities and relationships in every state.
Would you have done anything differently? Not a thing.

Tell us about your current project Living the Map?  I decided to start a career exploration program for students, where they can have an experience of different kinds of jobs in different environments.  Each student can get a rapid prototyping of work and culture, related to their interests.  It's basically a short version of my journey, but catered to their interests.

How can college students get involved with your program?  Since the program is for school credit, they would have to apply through their school's career center.  If the school doesn't have the program available, I open up applications to students on my website, livingthemap.com

What advice can you offer for any new college grad?  Experience the real world as much as you can.  Travel, volunteer, intern, job shadow, participate in extracurricular activities - just to learn and connect outside the classroom environment.  How can you change the world if you don't know what needs to be changed?

For more information on Daniel and his program go to Livingthemap.com

Business
Thanks to Trump, debt collectors can now email, text and message you
554 views

Business
At 27, she owns 26 properties and is holding a contest to renovate rooms in five Philly homes
880 views

Business
Rare sneakers. Bots. Insider connections. This scandal has it all
565 views