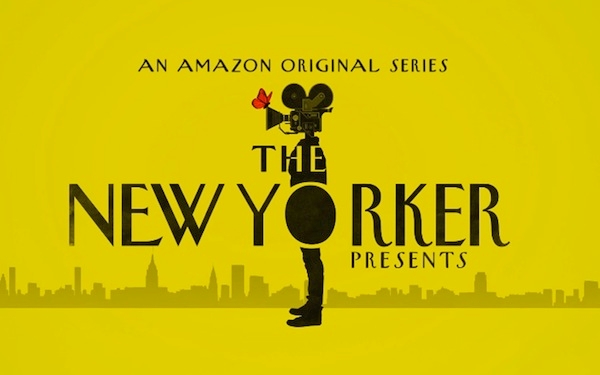 If you, along millions of others across America, subscribe to The New Yorker, then you probably know that as technology begins to minimize our sense of time and our bustling steps across the street begin to quicken to a blurred pace, the written word becomes a priority only when moments of leisure present themselves, which, let’s be honest, doesn’t happen very often. That’s why, to many I believe, Amazon’s latest original series “The New Yorker Presents” will be a welcome addition to the world of precisely unique storytelling that has come to define the magazine’s aesthetic and culture. After watching the first four episodes, I’m happy report that there’s a lot to be excited about.

There may be some confusion about what a TV translation of such a collective-brained magazine like The New Yorker would be like, seeing as it covers a wide and abundant range of creative structures. Short stories, interviews, poetry, essays, investigative reports, satire, and of course the cartoons, have all become staples of its scrumptious content. But, then again, it’s even more than that. The allure of this singular publication is its perspective and ability to keep the day-to-day happenings of our social culture in check. And so with its televised counterpart, we get to see, quite magically so, all of that come to life with the proper quality and consideration that the magazine surely deserves.

The results are almost all impressive. Short stories are reimagined as short films starring some of our favorite actors, like Alan Cumming (“The Good Wife”) as God directing his prophet to be that crazy guy outside of the grocery store. Poems come alive in segments like Andrew Garfield (The Amazing Spiderman) reciting a tale of tragedy with careful fragility to the camera. And then all those real-life snippets of the corners of America that writers from The New Yorker wrote about all of the sudden gain a face, something that is not only a gift to readers, but also to the subjects of the piece.

For example, there’s “What’s Motivating Hayes,” the story of Dr. Tyrone Hayes, a biologist specializing in amphibians, who was hired by a pesticide company to test the effects of their product on frogs. When the results came back unsatisfactory in the eyes of the big company, they went after him, his credibility, and his family. While the story is fascinating in its own right in writing, putting a face to that narrative automatically reels us, the audience, into the world of Hayes and his struggles. We trudge in the swamps alongside him; we see the community he has built around him who admires him so; and we see the monster coming after him unjustly. We, all of the sudden, come to know him.

While that variety is in most cases a sure positive, it can also mean that there may be a few segments that viewers may not be so interested in. Unlike a magazine where you can flip past headlines that don’t immediately grasp your attention, which could also be unfavorable to you in the long run, you may have to subject yourself to pieces that don’t necessarily float your boat, because, just like the magazine, some interpretations in the series do remain subpar to others.

An example of which is a short story titled “Roy Spivey,” adapted into a short film starring Murray Bartlett of “Looking” fame. While its original material, which I was a big fan of, was written by Miranda July—someone that’s really good at alienating the right crowd—how it translated to screen in its overt cutesiness made me flash one word in my head the whole time, and that was “disinterested.”

But then the real beauty of the thing becomes apparent. A beautiful poem follows, or an interview with performance artist Marina Abramovic, or a simple account of the magic of LA’s glowing light. And then there’s the Food Episode. Even when the slight pitfalls happen, something is right around the corner to help lure you back in to the tales of our country and world. And for all you nerds out there who have been submitting captions to the cartoons for years and years, don’t worry, there’s plenty of opportunity to get your friends around the TV as the cartoonists start doodling and throwing the wit around.

“THE NEW YORKER PRESENTS” IS NOW STREAMING ON AMAZON.COM. NEW EPISODES EVERY TUESDAY.