Triple 9: not enough grit and grime in this dirty cop drama 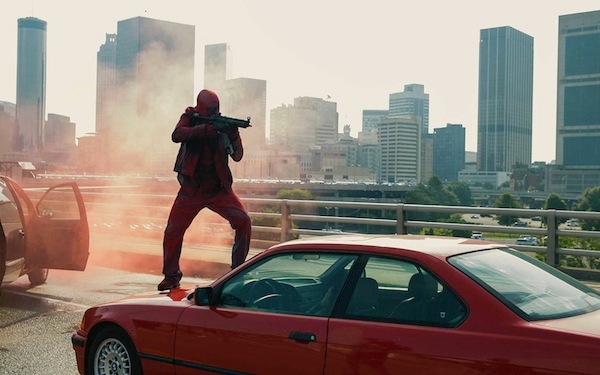 Talking about cops has become a thing of habit these days, and the pendulum seems to swing in the negative direction more often than not. Dirty cops, crooked cops, trigger happy cops who are quickly turning citizens to suspects to casualties in one fell swoop, they are on the forefront of our minds. But what about when cops turn on their own kind? Is that something we want to hear about? Director John Hillcoat thinks so with his high stakes drama Triple 9, and maybe he would have been right, if only those stakes were as high as he led us to believe.

And can you blame us for following him down the bullet riddled streets of Atlanta? He took us on the face-punching melancholic journey of The Road (2009) as well as the underrated and wholly grim adventure of Bondurant Brothers in Lawless (2012), and so the story of the police force caving in on itself when greed and envy become too much to handle sounds like proper fare for Hillcoat to tackle with true gumption. But when paired with newcomer Matt Cook’s script, the heat that the films seeks to radiate, instead falls to the floor.

What Triple 9 does surprisingly well, which many in the same category don’t, is the utilization of its ensemble cast. We have our central character Chris (Casey Affleck), a family man and cop reassigned to the toughest neighborhoods in Atlanta after working the crime scene of the most bourgeois corner for years, which brings him a lot of flack from his new coworkers. Luckily his neurotic uncle Sgt. Detective Allen (Woody Harrelson) is a big name on the block and keeps an ever-watchful eye on him as he traverses his new territory.

Something is stirring behind the scenes, however, that the precinct couldn’t be prepared for. Two cops, Belmont (Anthony Mackie), who is also Chris’ new partner, and Rodriguez (Clifton Collins Jr.) are conspiring with three criminals (Chiwetel Ejiofor, Aaron Paul, and Norman Reedus) to perform an almost impossible heist. This is a plan that came after already robbing a bank and giving the loot to the big Russian boss Irina Vlaslov (Kate Winslet), but naturally she’s not satisfied. So, when she gives them their final assignment with the promise of a huge cash reward, the boys start scheming. Turns out the only viable option is to start killing cops, the code for which is “triple nine,” the consequence of which is that all units dispatch to that location, leaving the rest of the city remarkably vulnerable.

So, I know I just threw a lot of names at you—a lot of really great names—and luckily most of them pull through as expected. Chiwetel Eijofor as a conflicted criminal does a solid job showing equal measure of hate and passion that goes into his line of work. Rather unsurprisingly, Aaron Paul falls into his role as cop turned junkie criminal with gross ease. Maybe its too easy to cast Harrelson as the loopy detective who snorts a bunch of coke and can sass his coworkers incessantly, but hey, he’s just so gosh darn good at it.

While these and many other players in the world pull their weight in creating something dark and unnerving, there are two others, probably the most important, that leads us to the rather uninspiring taste on our tongue. Kate Winslet as the temporary Russian crime boss while her husband is in jail, comes off not nearly menacing enough. Her hair and makeup sure pull of something sinister, but the mixture of Cook’s writing with Winslet’s performance becomes a disappointing affair.

And then Casey Affleck, who I am a personal fan of, is given one of those roles where the character is always chewing on something, and in this case its gum. I’m assuming this is in Cook’s script, but something about that vehicle to drive a character’s unique personality is maddening. And then as the main anchor of the story, we fall disinterested as we find little about what he’s been through, about his home life that we are led to believe is so special, or even his relationship with his uncle, which plays a huge role in the unraveling of the heist.

Now, I look back on Triple 9, and most of what I recall are the familiar faces. Some of them do good things, some of them bad, both narratively and otherwise. But that’s not what I should be replaying in my head. I should be replaying the gun shots, the blood, the unshakable intensity that goes with betrayal, love, and death. This isn’t the case, however. Not this time, Hillcoat.