By Jeffrey Fleishman and Carolina A. Miranda - LA Times (TNS) 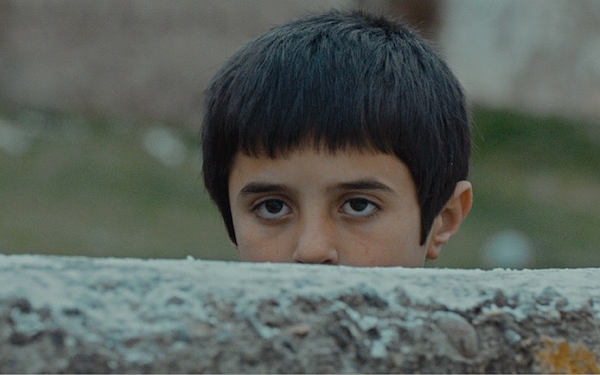 A scene in the new Turkish film “Sivas” shows a boy in the cruel mountains of Anatolia peering through an old View-Master at images of Lassie. It is a hushed, startling moment that is at once a homage to American film and a comment by director Kaan Mujdeci on how Hollywood fantasy often translates in strange and absurd ways to the lives and rhythms of distant lands.

Hollywood has long been a powerful shaper of global culture. Italian filmmakers have made westerns. The Turkish film industry has reconceived “Rambo” as a zombie movie. And India’s Bollywood has produced a NASCAR flick: “Ta Ra Rum Pum,” about a humble pit-crew man who becomes a famous race car driver.

But increasingly films such as “Sivas” and other foreign-language movies, including those nominated for this year’s Academy Awards, are chipping at the edges of American dominance. Talented directors and advances in digital filmmaking are helping countries rarely associated with movie production to gain acclaim for turning out intriguing counter-narratives to familiar themes.

“It used to be that everyone was excited to see the new movie coming out of Italy, France, Spain or Germany. But now you’re just as likely to see a film from Jordan or Peru that will knock your socks off,” said Mark Johnson, head of the Academy of Motion Picture Arts and Sciences’ foreign-language film committee. “Amazing stuff is coming out of South America. Filmmakers in Chile, Argentina, Colombia are vibrant. There’s an excitement with young filmmakers.”

To understand what’s fueling the boom, The Times spoke with a dozen foreign filmmakers at the Palm Springs International Film Festival in January. They cited artistic influences as diverse as “Indiana Jones,” the sweeping beauty of Japanese director Akira Kurosawa and the moody minimalism of Iranian cinema. At a time when Hollywood has been criticized for a lack of diversity, international filmmakers are exploring war, famine, colonialism, the nature of god and the plight of indigenous peoples.

But Hollywood remains the barometer, a soft-power extension, critics say, of U.S. foreign policy and American capitalism. In 2015, the 20 top-grossing films globally came out of or were in some way connected to U.S. studios — including “Jurassic World,” “Cinderella” and “Mad Max: Fury Road.” Hollywood increasingly depends on it: 73 percent of its ticket sales come from international markets, up from 66 percent in 2010.

Filmmakers such as Bosnia and Herzegovina auteur Ines Tanovic, who directed “Our Everyday Life,” about a family adjusting in the aftermath of the Bosnian war, said: “I cannot work as if Hollywood doesn’t exist. We all refer to Hollywood. Maybe we want to do the opposite of Hollywood, but it’s still there.”

Jayro Bustamante, the Guatemalan director of the award-winning “Ixcanul,” about the life of a Maya girl in the highlands, agrees: “It’s a total influence. There’s an Estadounisamiento (United States-ification) of Guatemalan society. We are interested in having large cars even though we don’t have the roads for them. We have malls but not the money to spend at them.”

The phenomenon led one French writer in the early ‘90s to coin the verb jurassiquer, from Steven Spielberg’s “Jurassic Park,” to describe how Hollywood can appear to obliterate local culture — like a runaway dinosaur on a snacking rampage. And it’s not just the popcorn flicks that wield influence. Serious directors, such as Quentin Tarantino and David Fincher, have also inspired the works of many international directors.

“I couldn’t have done my film without watching post-Vietnam American films and modern ones like ‘The Hurt Locker’ and ‘Zero Dark Thirty,’” said Tobias Lindholm, whose movie “A War,” about a Danish soldier facing war crimes charges, is nominated for a foreign-language film Oscar this year. “Once in a while we (European) directors say, ‘I want to be (Ingmar) Bergman. I want to sit on my island alone.’ That’s romantic but not true. Because when we look to the U.S., it’s still some of the best films we see.”

Moreover, a cross-pollination is also taking place as Hollywood lures global filmmakers who possess captivating styles. Mexican director Alejandro Inarritu, who won a directing Oscar for his best picture-winning 2014 film, “Birdman,” and has been nominated this year for “The Revenant,” became a sensation after his 2000 homegrown work “Amores Perros.” That film, which came out of a vibrant Mexican film community that also produced Oscar-winning directors Alfonso Cuaron and Guillermo del Toro, was nominated for a foreign-language film Academy Award.

But Hollywood’s balance of power could soon shift, or at least teeter, as international directors concentrate on indigenous stories.

When the academy launched the foreign-language film category in 1956, it received eight submissions, all but two from European countries. By 1986, there were 32 submissions. For the 2015 Academy Awards ceremony, to be held Feb. 28, there are 81 — including contenders from Guatemala (its second Oscar submission ever), Cambodia (the fourth) and Jordan and Ethiopia (the third).

Countries that weren’t known for movies are now home to production boomlets. Colombia in 1993 produced two domestic films that made it into local theaters. By 2014, that number had risen to 28, according to the country’s Ministry of Culture. This year, Colombia earned its first foreign-language film Oscar nomination for “Embrace of the Serpent,” director Ciro Guerra’s hypnotic tale about the brutal effects of colonialism in the Amazon.

“I remember seeing (Federico Fellini’s) ‘8 1/2’ on television at the age of 13,” says Guerra. “At the time, I knew that was what I wanted to do. But in that era, wanting to be a filmmaker in Colombia was like wanting to be an astronaut. I’d say that in the last 10 years that has changed. It has started to grow. There is government support.”

The country now has at least half a dozen film programs at universities around the country. And in 2010, it opened its first dedicated film school, the Escuela Nacional de Cine (National School of Cinema, known as ENACC), in Bogota. It has accepted an estimated 350 students per year.

Even nations with well-developed film industries have seen growth. Between 1990 and 2007, Turkey produced roughly 40 films a year. In 2015, that number reached a peak of 134, according to Antrakt, a local film research and marketing company. Of the country’s top-10-grossing films in 2015, only three hailed from U.S. studios. At No. 1 was a comedy titled “Dugun Dernek 2: Sunnet” — “Unconventional Wedding 2: Circumcision.”

Digital filmmaking has had a transformational effect on some countries — especially nontraditional locations such as remote Ethiopian villages and unnavigable corners of the Amazon.

“In Guatemala, you have a new generation of directors making cinema,” says Bustamante. “In the past, making a film was complicated because Guatemala didn’t have things like laboratories to develop film. But digital has changed that.”

Such technology made it possible for Bustamante to create “Ixcanul,” his first feature film, shot on the lap of a volcano in the Guatemalan highlands in the indigenous language of Kaqchikel. The movie picked up the Alfred Bauer Prize at the Berlin International Film Festival last year, was nominated for five Fenix Awards (the important Ibero-American prize) and was Guatemala’s submission to the Academy Awards. (It wasn’t nominated.)

Many of the new international films are stark and foreboding in their beauty, including a glimpse at Islamic radicalism in “Timbuktu,” the first film from Mauritania to be nominated for an Academy Award. “Ixcanul” and “Embrace of the Serpent” tell stories from an indigenous point of view. The latter takes the typical Hollywood exploration film — botanist in the jungle in search of divine cure — and turns it on its head, centering the action on a shaman-warrior named Karamakate who has lost all the members of his tribe.

“That’s what we Latin American filmmakers can do,” says Guerra. “The stories of the explorers have been told. What we can do is turn history on its head, give another perspective.”

“Lamb,” the debut feature by Ethiopian director Yared Zeleke, which screened at the Cannes Film Festival last year as part of Un Certain Regard, tackled the question of landscape — an important issue for a country whose global image has been largely defined by outsiders.

“Films about Ethiopia are generally not shot in Ethiopia,” says Zeleke, who divides his time between Addis Ababa and New York. “Angelina Jolie’s ‘Beyond Borders’ was shot in Namibia. There’s an Israeli film, ‘Live and Become,’ which has to do with famine, and it was shot in Israel. In Ethiopia, we don’t have desert like that. Therein lies the problem, you’re watching a film about Ethiopia, but you’re not looking at the country itself.”

None of this suggests that Hollywood’s soft power will recede any time soon. The top-10-grossing films in Mexico in 2014, a country with a respected, if not always prodigious film industry, all hailed from the U.S. In Colombia, nine of the top 10 grossing films were from Hollywood, such as “Furious 7” and “Jurassic World.”

There are exceptions: More than 60 percent of box office receipts in South Korea and Japan come from domestic films; that figure rises to 90 percent in India, home to Bollywood, the well-oiled, long-running filmmaking industry that produces hundreds of films every year, many of them dazzling song-and-dance spectacles.

Questions also arise over how Hollywood will navigate countries such as Russia, which has increasingly strained diplomatic ties with Washington, and China, which is fiercely protective of its own movie industry — setting quotas on how many foreign films can be screened in the country.

International directors may not have the power to instigate their own cultural shifts. But many like Indian director Raam Reddy see a start. Last year, Reddy, who feels the influence of Bollywood and Hollywood, co-wrote and directed “Thithi,” a dramedy that has no songs, a cast of amateurs, and an intergenerational story line that revolves around the death of a trash-talking elder named Century Gowda. Reddy saved a lot by shooting in digital.

“The ability to roll the camera without worrying about waste was so important,” he says. “If we were dealing with film stock, it’d be impossible.”

“Thithi” has gained praise on the festival circuit and will screen at the New Directors/New Films festival in New York City in March. It joins a new wave of films that aim to provide a more incisive, less glamorous view of Indian society. The question is will such films resonate with audiences accustomed to the allure and flash of two moviemaking empires.

“I don’t see Hollywood being replaced,” says Reddy. “But I think the ratio might change. You will see other types of filmmaking grow alongside.”

Special Features
‘There’s going to be no rules’: Hollywood tests new ways of releasing movies in a pandemic
490 views