My Golden Days reminds us that the past is an ugly, gorgeous thing 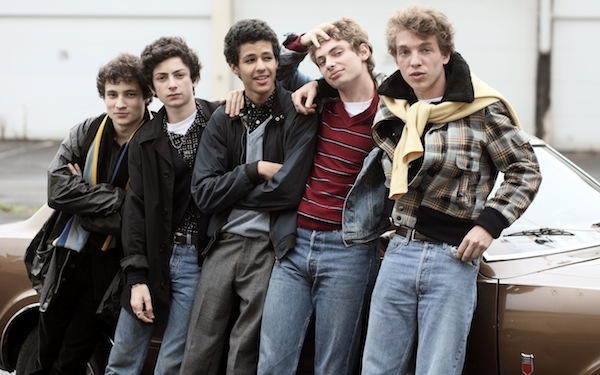 It’s hard to say what kinds of memories we will cling to in the later years of our lives. The adventures, the romances, and the betrayals all seem vital to who we are here, in this impossibly beautiful now. Art house writer/director Arnaud Desplechin believes otherwise, or rather, he believes that the fate of our emotional ego is beyond our control. So, with My Golden Days, he traces how one man tells his story, and in doing so reveals the incomparable sweetness and pain of the past despite the new realities of the present. And just like its two main lovers in each other’s embrace, you won’t be able to get enough.

This man, this man who so eagerly pans through the dirt of yesteryear in search of the flecks of gold, is none other than Paul Dédalus. Now, if you happen to follow French cinema, that name may already mean something to you.  Back in 1996, Desplechin brought us My Sex Life… Or How I Got into an Argument, and introduced us to the same Paul confronting his crumbling ideals of love and commitment, often traipsing through his past to find the right answers.

My Golden Days goes even further. We meet the same Paul (Mathieu Almaric, The Diving Bell and the Butterfly) in a new stage of his life, now detained at the Moscow airport for a fraudulent passport, where he is forced to explain why yes, there is indeed another Paul Dédalus with the exact same birthday and birthplace somewhere in the world. This is merely the catalyst that sparks Paul to dive deep into his banks of memory, from his childhood dealing with a manic depressive mother, to his teenage years—where we spend most of the film—detailing the inexplicable forces of love that so relentlessly pulls you through time and space blissfully, tortuously. How he tells the same stories over the course of his life shows how immense our subconscious holds on to things that moved us, however inconsequential they seemed at the moment.

Much like his other works, like A Christmas Tale and Kings & Queen, Desplechin directs the narrative with an enormous amount of precision, almost painstakingly so. Though the structure itself refuses to take any classical form of storytelling, the dialogue, the editing, the set pieces are weaved together with such elaborate detail that it wouldn’t dare to breathe in any other way.

And thank goodness for it, because its players breathe the tale effortlessly, though we can see how their every movement fits into a greater constructed tableau of Desplechin’s world. It’s really when we get into the thick of Paul’s teenage years, where he meets the girl that will soon come to turn everything on its head, that we begin to realize that that concentration on execution is the only form of control to be had on these planes of heart-led madness.

That brings us to Quentin Dolmaire and Lou Roy-Lecollinet, both newcomers to the world of film who are lucky enough to have found Desplechin’s story to dip their toes into first time around. As young Paul and Esther, that girl that changes everything, something so dangerously tender is brought to the surface that begs you to shy away, and then desperately calls you back to dive in. To anyone who has faced a relationship so equally luscious and fragile, you may understand and thus be entirely afraid to tap into that headspace again. Though Desplechin is often over-indulgent with sometimes-endless scenes of love letters sent back and forth, it is also felt that that is just how it works. You indulge again and again, foolishly so, until you become engorged with rich sustenance that you become sick with it, and eventually the time comes to let some of it go.

Both young actors bring an ideal combination of fresh naivety, wide-eyed wonder, and dark undercurrents to sustain their frustrating, lovely relationship. Dolmaire proves his ability to take hold of the screen, to move us through these various eras of his life with an equal dose of eloquence and turbulence.

The real pressure, however, could be laid on Roy-Lecollinet as the object of voyeurism for many characters in the film. Esther is pined after constantly as something unattainable, even though she willfully, albeit superficially, gives herself to many men. While at first she uses this as a source of power, Esther, through her relationship with Paul, realizes her physical beauty means nothing without the anchor of her intellectual and spiritual connection to another human being. Roy-Lecollinet, in an astonishing manner, is able to push that towards the camera constantly, forcing us to watch as the cape of confidence slowly unties and slips from around her neck.

Because all of this is viewed through the lens of a man who has since grown, but not forgotten the minor blows, the major blunders, and the steps in between, My Golden Days reminds us that trying to forget the past is inconsequential. It’s in the manner in which you wield it, securing it fast to your belt and getting used to its weight that makes all the difference.

MY GOLDEN DAYS comes to The Landmark Theater in LA & theaters in NY on Friday, March 18th.