Elite universities have a gender problem: Too few female professors 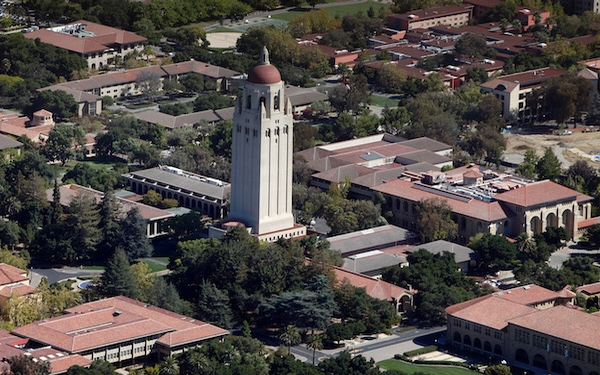 STANFORD, Calif. — In its 125 years, Stanford University has spawned legendary tech companies and claims 32 Nobel laureates, but has yet to solve a pressing problem on its own campus: the lack of women on its faculty.

Only about one-fourth of the professors at Stanford are women, a disparity that is even more lopsided at the top: Of its full professors, a rarefied group with great power and influence over their respective fields, only 22 percent are women.

It’s a problem at elite universities across the nation, but Stanford’s imbalance is greater than most: Of the schools ranked in the top 10 by U.S. News & World Report, only the Massachusetts Institute of Technology and Caltech had lower percentages of women on their faculties.

“There is the false sense that things are getting better,” said Shelley Correll, a Stanford sociology professor who directs the Michelle R. Clayman Institute for Research on Gender. “At this rate, we’re not getting anywhere fast.”

One commonly cited reason for the lag is Stanford’s emphasis on engineering and computer science, fields dominated by men. Its engineering school faculty is 85 percent male.

Still, even in fields flush with women earning advanced degrees — business, humanities, education, political science and law — Stanford is far from achieving gender equality. And despite initiatives to diversify its faculty, just 33 percent of the university’s new hires were women in the past five years, and 35 percent of those hired for jobs outside the engineering school.

And there is the lack of women at the very top. Stanford has never had a female president, and its appointment this month of neuroscientist Marc Tessier-Lavigne was to some a reminder of the status quo. The majority of Ivy League colleges, including Harvard and Princeton, have had women in the role.

“We’re kind of standing out now as a top university without having had a female president,” Correll said.

At Harvard and Princeton universities, less than one-third of all faculty are women. Columbia University in New York City has the highest representation of women among top 10-ranked schools — about 40 percent, including those in its medical center — but among its full professors, roughly a quarter are women.

In the nation’s four-year public and private colleges in 2013, roughly 43 percent of faculty were women, but only 28 percent of full professors.

Stanford says it has devoted $325 million to two programs to support women and underrepresented-minority scholars and has instituted family-friendly policies, such as pushing back the tenure deadline for new parents — and that it is proud of the progress it has made.

About 39 percent of its junior faculty are women, up from 33 percent a decade ago.

“This trend provides clear evidence that at least at Stanford the move toward gender equity in the professoriate has not stalled,” said Karen Cook, a Stanford sociology professor and the university’s vice provost of faculty development and diversity.

The advancement of women at Stanford is another concern.

A little over two years ago, after sharing frustrations over dinner about what seemed like a lack of women in leadership, a group of Stanford professors decided to see if the numbers reflected their experiences.

The group’s findings were striking, though they stressed that the figures in their 2014 report were merely estimates based on publicly available data: Women leaders oversaw just 14.2 percent of the university’s budget, and led schools with 5.5 percent of Stanford’s faculty.

Provost John Etchemendy created a task force on women’s leadership in response to the findings. Later that year, Stanford named a woman, physics professor Persis Drell, as dean of its School of Engineering.

Drell’s appointment and other steps encourage Andrea Goldsmith, who was part of the study group and is one of five women in the university’s electrical engineering department. Now, as a member of the provost’s task force, she said its recommendations, due this year, will include removing leadership barriers, nurturing those with leadership potential, and regular data reports on how the university is progressing.

“When you start reporting statistics, especially when they’re really low, they get people’s attention,” Goldsmith said.

Although female graduate students are outnumbered in the physical sciences, mathematics and engineering, there is no shortage of women entering academia overall. Each year since 2002, women have earned a majority of doctorates awarded to U.S. citizens and permanent residents, according to an annual census sponsored by six federal agencies.

“Right now we have all these women with Ph.D.s — where are they in the university?” said Stanford sociology professor Cecilia Ridgeway, author of the book “Framed by Gender.”

The barriers are many, Ridgeway and others say: deeply ingrained stereotypes of men and women; the power of male-dominated networks and mentors; different expectations for men and women professors; greater confidence among men; a sense that academic women who also are raising children aren’t as serious or productive.

“If you look somewhat different from a traditional faculty member, some professors are going to think you’re not a serious scholar, that you’re just sort of dabbling,” said Catherine Hill, vice president for research at the American Association of University Women. “People like to hire or promote people who are like them.”

Robin Ely, a professor and senior associate dean for culture and community at the Harvard Business School, says hiring and selection committees tend to operate in a self-perpetuating cycle in which “pools of candidates are composed almost entirely of men.”

“It’s kind of amazing that there are as many women as there are in these visible leadership roles in these elite, powerful institutions,” she said, “because it really is bucking the system for that to happen.”

Recent controversies at Stanford’s Graduate School of Business and Hoover Institution, a conservative research institution where some complained of a hostile climate for women, and the university’s handling of sexual assault cases are raising questions about a broader gender problem on campus.

Tammy Frisby, a Hoover research fellow, argues they are symptoms of a “problem at the top.”

Only four of Hoover’s 74 senior fellows are women, she said, and in the three years since the university investigated the institution’s hiring practices and treatment of female employees, not one woman has been hired for the senior fellowship.

Still, Frisby has struggled to find people on campus with whom to mobilize around the advancement of women, often finding others to be caught up in their own related causes.

“Until we act like we’re all up against the same problem, which we are,” she said, “we’re not going to get the real leadership and cultural changes we need.”

One group of students, concerned about the lack of diversity on Stanford’s faculty, is challenging the status quo with a campaign they began in 2014, “Who’s teaching us?”

But sophomore Stephanie Pham said the stereotype of the college professor being an older white man is so pervasive, she said, that even she — a women’s rights activist who has challenged the university’s handling of sexual assault — hadn’t given much thought to the lack of women teaching her political science courses.

The status quo isn’t right, she said, “But it’s almost hard to even come to that question because it’s so normalized.”

With a new president in September and a new provost to be appointed next year, many are hoping for renewed attention to the challenge — and a woman in the provost’s seat.

“Stanford is not shy about taking on big problems — climate change, online learning, cybersecurity,” Correll said. “I think we could do the same thing here.”