A right to debt relief for students 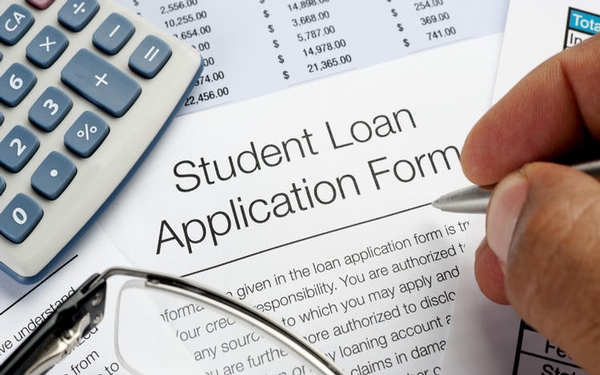 Something unusual happened in late February. Commentators on the right and left, liberal Thom Hartmann and conservative Ike Brannon, published essays on the same day, Feb. 22, saying the same thing: Americans should have the right to discharge their student debt in bankruptcy proceedings, just like all other loans. Perhaps this historic convergence means we’re finally ready for change.

Our bankruptcy system goes back to the 18th century. When the founders — many of whom suffered at the hands of British creditors — wrote the Constitution, they specified that Congress had the authority to create a uniform, federal bankruptcy system, listing that power ahead of the power to declare war, to raise an army and navy, and to coin currency.

It wasn’t until nearly 200 years later that Congress targeted student debtors, making bankruptcy uniquely unavailable to them. The rationale was that students were fleeing, en masse, to bankruptcy court promptly upon graduation. But we now know that less than 1 percent of student loans were being discharged in bankruptcy court at that time.

Absent bankruptcy protection, the student loan industry functions without checks and balances. Lenders have no reason to seriously evaluate a prospective borrower’s ability to repay a loan, because they can make more money on defaults than on loans that remain in good stead. If a debtor lacks the funds to pay interest, lenders have collection powers that would “make a mobster envious” — in Sen. Elizabeth Warren’s words. They can extract huge sums from clients, often many multiples of what was originally borrowed.

Borrowers who default on student loans are relegated to a lifetime of socioeconomic insecurity. In addition to sustaining damage to their credit scores, they can be fired from public employment, their wages garnished without a court order. They can lose their professional licenses and even their driver’s licenses.

Those who manage to pay their way out of default through a hugely expensive loan “rehabilitation” process wind up in default again more than 60 percent of the time. Ultimately, borrowers in default can look forward to giving up a portion of their Social Security or disability income.

In this lending and collection environment, the price of college has (predictably) skyrocketed. The nation now owes nearly $1.5 trillion in student loan debt, up from $500 billion eight years ago. The average undergraduate leaves school with $35,000 in loans, and the lifetime default rate on these loans is somewhere between 25 percent and 50 percent.

But defaults are only a part of a much larger problem. Research by the Institute of Higher Education Policy found that an astonishing 63 percent of people who left school in 2005 were either in default, deferment, hardship forbearance or otherwise delinquent by 2010. Given the continued rise in college prices and flatlining wages, this trend has probably worsened since then.

Behind the scenes, the Department of Education (which booked about $50 billion in profits on the lending system in 2011 alone) stands with the banks and their lobbyists in fighting to perpetuate the status quo. It is clear that the department has jettisoned the public’s interest and represents instead the entities it is supposed to be overseeing: the lenders and the schools.

The fact that voices from both the right and the left are finally coalescing around this blatant injustice is encouraging. We are now halfway through the presidential election campaign, however, and we have yet to hear from either Democratic or Republican candidates (except Jeb Bush, who is now out of the race) on the question of bankruptcy and student loans. The solutions some have offered to the student debt crisis, including Sen. Bernie Sanders’ proposal for tuition-free college, will do almost nothing for the 44 million people who have already been through school, have the debt to show for it, and vote.

Candidates should seize on this issue. Donald Trump, no stranger to bankruptcy proceedings, could enlighten the electorate about the importance of debt relief to a prosperous nation. Sanders could sponsor companion legislation to any of three bills currently in the House of Representatives that would return standard bankruptcy protections to student loans, thereby demonstrating to the voters that he’s as progressive as he claims. Hillary Clinton could point to legislation she introduced while in the Senate that would have created a student borrower bill of rights, and use the bankruptcy issue to affirm that she’s still on the side of citizens, not banks.

A few days before Hartmann and Brannon published their essays, news broke that federal marshals had arrested a man for violations stemming from a nearly 30-year-old, $1,500 student loan. The man was released upon agreeing to repay more $5,000, including a $1,300 bill from the court. Sources in the federal marshal’s office said that they were preparing to serve an additional 1,500 similar warrants in the Houston area.

Suffice to say, this issue is getting very serious.

Alan Collinge is the founder of StudentLoanJustice.org.

He wrote this for the Los Angeles Times.