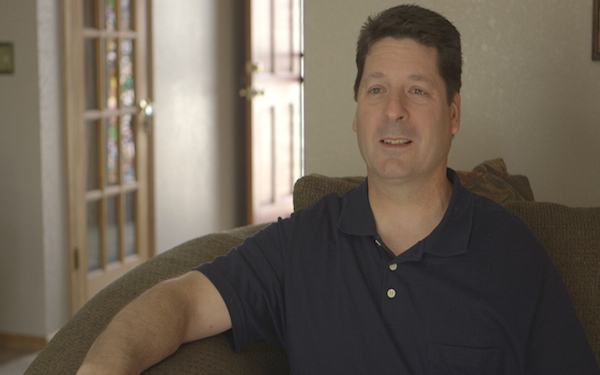 The rollout for Robert Greenwald’s new documentary, “Making a Killing: Guns, Greed and the NRA,” is targeting pastors, politicians, domestic violence counselors, African-American leaders and others angry over the high body counts and broken lives that have shaken cities and seeped across the heartland.

The film will be shown for free in church basements, colleges and state capitals and later will be available on Facebook, YouTube and other outlets. The distribution campaign mixes old-school activism with the vast reach of social media, a strategy that Greenwald’s Brave New Films used on previous films that skewered Fox News, the Koch brothers, Wal-Mart and President Barack Obama’s drone program.

Releasing “Making a Killing” in an election year that is reshaping American politics is an attempt to spur audiences to protest the National Rifle Association and pressure lawmakers for stricter gun regulations. The tactic is emblematic of a new era when multiple platforms, from a 30-second snippet on Twitter to a graphic on Instagram, allow documentary filmmakers to bypass studios and traditional distributors in an egalitarian blend of art and political causes.

“There’s very few gatekeepers, which to me, coming from the commercial world where I spent 20 years dealing with good gatekeepers, bad gatekeepers and psychopaths, is the wonder of the new world,” said Greenwald, whose films include “The Burning Bed,” starring Farrah Fawcett. “That’s beyond liberating. That is the revolution.”

Founded in 2004, Brave New Films, a nonprofit organization, had revenues of $2.67 million in 2015. The company’s annual report listed $1.5 million in foundation money, including grants from the Ford Foundation and the Bohemian Foundation; $934,000 from major donors, including former civil rights lawyer Guy Saperstein; and more than $214,000 in small donations raised largely online.

Such financing gives Greenwald the freedom to tell the stories he wants. “Making a Killing,” which cost $750,000 to produce and distribute, visits a number of damaged lives: Police say Kate Ranta was shot by her ex-husband as her 4-year-old son watched; Sandy Aponte recounts how her 13-year-old son was accidentally killed by a friend playing with an unlocked shotgun; Maura Lewiecki calls for longer waiting periods to buy firearms, while weeping for her son Kerry, a law student, who committed suicide hours after buying a gun.

“It’s an interesting time for filmmakers like Robert,” said Simon Kilmurry, executive director of the International Documentary Association. He added that technology has helped propel “a golden age” of documentary and activist filmmaking that can shift cultural perceptions on social issues. “There’s a much more direct connection between creator and audience,” he said. “You no longer have to compromise on the kind of story you want to tell … . Robert has built a model a lot of filmmakers look to for inspiration.”

“Making a Killing” is a weave of statistics and personal stories, including the death of a promising gospel singer shot on the streets of Chicago. The documentary notes that one person in the U.S. is killed with a gun every 16 minutes and that 92 percent of Americans favor background checks on all gun buyers.

“Making a Killing” does not dwell on the constitutional amendment on the right to bear arms, in effect brushing aside the ideological debate to focus on the wealth of gun manufacturers and the deadly consequences of firearms. The NRA spent more than $27 million on congressional races in 2014, according to opensecrets.org, which monitors political lobbying. In recent years the guns and ammunition industry had estimated revenues of more than $11 billion annually.

“Money. NRA. Gun companies. We’re going right at them,” Greenwald said said, adding that he has no taste for equivocation. “If I hear another director say (their movie) is a balanced portrayal allowing both sides to speak on the gun issue, I’m going to jump up and scream. We’ve heard that point of view for years and the bodies keep piling up. It’s not an equal situation. We need people to understand there is a danger because of money and greed.”

Lawmakers from both parties have been reluctant to challenge the NRA even as Obama has stood before cameras, exasperated over mass killings from Sandy Hook to San Bernardino. Films about gun-control themes have begun to gain notice, reflecting an increasing dismay by many Americans over the availability of powerful semiautomatic weapons.

The Sundance Film Festival in January screened a number of movies dealing with the culture of firearms. “Under the Gun,” co-produced and narrated by Katie Couric and directed by Stephanie Soechtig, examines why lawmakers have not tightened gun laws in the aftermath of massacres, and “Dark Night,” a feature directed by Tim Sutton, is a response to the 2012 killing of 12 people and the wounding at least 58 others at a movie theater in Aurora, Colo.

“Making a Killing” calls for tougher background checks, restrictions on interstate trade and longer waiting periods for gun buyers. For the gun industry and the NRA, the movie is certain to be ridiculed as the work of a progressive filmmaker threatening Americans’ right to protect themselves. NRA Chief Executive Wayne LaPierre has suggested that Americans are increasingly fearful of crime and terrorism.

“When evil knocks on our doors, Americans have a power no other people on the planet share: the full-throated right to defend our families and ourselves with our 2nd Amendment,” LaPierre said on on the NRA’s website. “Let fate decide if mercy is offered to the demons at our door.”

When word that “Making a Killing” was in production, comments appeared on the conservative website Free Republic. “Never heard of them,” one post said of Brave New Films. “Hope they waste lots of commie money.” Another post read: “These clowns believe they can shame men into passivity and meekness.”

Walking through his offices in Culver City the other day, Greenwald, sleeves buttoned at the wrist, moved with the ambling air and piquant humor of an aging agitator. He waved to his producers, checked in on filmmaker Seth Ronquillo, who was calling religious leaders, and strolled over to a room where Regina Clemente, head of the campaign team, was discussing marketing strategy with eight young women. Screenings had been set up in Denver, Chicago and New York, and they noted the film had the backing of a Republican state representative from Florida.

“This film should be free, and it should be as widely spread as possible,” said Greenwald, who is aiming for 1 million viewers by Labor Day, either for the full-length version or smaller bits packaged for social media.

Greenwald is a Magic Marker-era man well versed in the ways of the Web — Facebook draws the most views, but YouTube gets “the most focused consumption.” He revels in exposing — critics say unfairly — what’s behind convention and power. His 2004 “Outfoxed: Rupert Murdoch’s War on Journalism,” which examined the network’s conservative bias, prompted Bill O’Reilly to go on air and brand Greenwald “a fanatical leftist” and “absurdly dishonest.”

Presidential candidate Sen. Bernie Sanders was an early supporter of Greenwald’s marketing and Internet distribution strategy. Sanders spoke with the director after watching “Outfoxed.” Recounting the conversation, Greenwald slipped into an impersonation of the senator’s scratchy-voiced rhythm: “Yeah, the film’s good,” he quoted Sanders as saying, “but that’s not what’s important. You got a new way to distribute.”