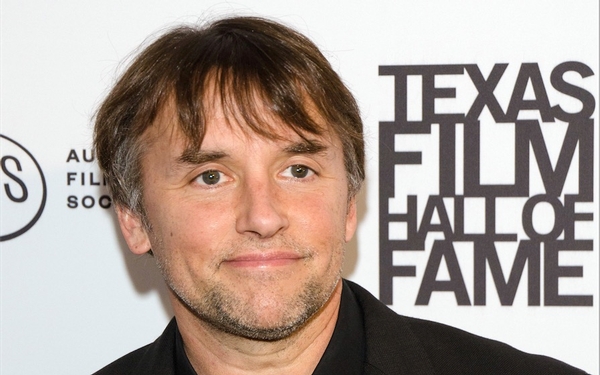 AUSTIN, Texas — Richard Linklater is having quite a little South by Southwest.

Two years after “Boyhood” blew minds when it played SXSW after a spectacular debut at Sundance, the godfather of Austin filmmakers debuted his latest — his 1980s college movie “Everybody Wants Some” — Friday.

In addition, SXSW Film is hosting multiple screenings of “Richard Linklater: Dream is Destiny,” the new documentary on Linklater directed by Louis Black and Karen Bernstein. The former is the co-founder of SXSW, the Austin Chronicle and the Austin Film Society; the latter is a Grammy and Emmy award-winning filmmaker who has produced a mess of films for “PBS American Masters” and “Texas Monthly Talks.”

Black says Bernstein approached him about making an “American Masters”-style film about Linklater about two years ago.

“I said yes without really thinking about what that would mean,” Black says.

The result is everything the hardcore Linklater fan would want it to be, moving from the man’s earliest work (the little-seen “It’s Impossible to Learn to Plow by Reading Books”) up through set visits to “Everybody.” We hear from Kevin Smith, whose viewing of “Slacker” on his 21st birthday led directly to the making of “Clerks”; John Pierson, the legendary indie film-business connector who was an early supporter; and Matthew McConaughey, who notes, “Linklater is so Buddhist he doesn’t even realize he’s Buddhist.”

Bernstein says that, as much as Linklater is a hero to a certain generation of filmmakers and film fans, it was more difficult than you might think getting people interested in a film about him.

“I would say since ‘Boyhood,’ everyone knows who he is,” she says. “But having pitched this idea to a variety of people, I can tell you that was not always the case.”

Black became something of a character in the film. We see him sitting around with Linklater looking at old newspaper clippings. It may seem a little odd — documentary directors rarely show up on camera — but there ends up being a savvy logic behind it.

“It was very much a conversation between Rick and Louis, and sometimes conversations are hard to edit with laughing and interrupting,” Bernstein says.

“That first interview was about three hours long, and it wrung me out,” Black says.

But then something exceptionally fortuitous happened: During a break, Linklater said to Bernstein, “You know, Louis has interviewed me (on camera) before.”

Says Black: “I had no memory of this interview.”

Bernstein’s archive producer Susanne Mason went through a box of aging VHS tapes from Austin’s cable access days (“I think she sat in someone’s living room,” Bernstein says) and, sure enough, there’s an amazing interview with an extremely young Linklater right around the time “Slacker” is breaking.

“What’s striking to me in that early interview is how confident Rick is that he is a director,” Black says. “Not in an arrogant way but in the way you would say, ‘I’m a swimmer’ or ‘I’m a race car driver.’ He had done all of two (feature-length) films at that point.”

Black points out later that the first public screening of “You Can’t Learn to Plow … ” was in 1994, which he also says is an important insight into Linklater’s character.

“That movie was done in 1988, and I told Rick I didn’t remember a screening for it,” Black says. “Rick says, ‘Oh, I didn’t show it; it was an exercise.’ I thought that was extraordinary. I know people who have made dreadful first features, and all they want you to do is see it. Not Rick.”

Fold these old clips into “Dream is Destiny” and suddenly you not only have justification for keeping Black in the frame, but the film shifts slightly. It’s about Linklater, but it’s also about the Austin film community that grew up around him.

“Linklater’s decision to stay in Austin after ‘Slacker’ is the key moment,” Black says.

Black admits that, even though he was in the movie, he wasn’t “knocked out” by “Slacker.”

“Honestly, it wasn’t until I saw ‘Dazed (and Confused)’ that I was blown away,” Black says. “Not only is this guy a filmmaker, he’s an incredibly good, incredibly deep one. There are thematic echoes from ‘Slacker’ and ideas that rhyme off each other, and it’s this (big, commercial movie). His learning curve from ‘Impossible’ to ‘Slacker’ to ‘Dazed’ is just so complete.”

If nothing else, “Dream is Destiny” reinforces the idea that Linklater’s primary subject is always going to be time. Pierson says it openly, and Linklater’s films say it, from “Boyhood” to the years in the “Before” pictures to the complicated nostalgia trips in “Dazed” and “Everybody.”

And, as Bernstein puts it, the documentary is “a film about a conversation.”

“I met Rick in ‘85 at Liberty Lunch” Black says. “He came up to me about an obit I had written about (director) Sam Peckinpah, and we started talking about film. That discussion has been going on for 30 years.”

1. “Boyhood” (2014): Still an emotional wipeout, this shot-over-12-years story of a boy growing up remains Linklater’s most powerful meditation on time.

2. “Dazed and Confused” (1993): Not only do I submit that this is his second-best film, I think it’s his best studio movie, period — and I say that as a parent to a 10-year-old girl who adores “School of Rock.” From the opening shot of the car slowly turning to “Sweet Emotion” — one of the best one-shot summaries of a movie ever lensed — to its murderer’s row cast — why Sasha Jenson didn’t become a star is a mystery for the ages — it is even more fun than you remember.

3. “Slacker” (1991): The One That Launched a Thousand Film Nerds. As momentous a 1990s event as “Nevermind” or “Slanted and Enchanted” or “Illmatic” or “Pulp Fiction” or the O.J. trial or Clinton’s election. Pair with the video of Sonic Youth’s “Teenage Riot” for the ultimate Gen X statement of nonpurpose.

4. “Waking Life” (2001): This sequel of sorts to “Slacker” is Linklater’s most dreamlike film — the title of the Linklater documentary comes from a piece of paper in “Waking Life” bearing the words “dream is destiny” — and employs rotoscoping animation to tell its anti-story. Released at Sundance in January 2001, it appeared in theaters in October of that year, right when almost nobody was in the mood for it. One of the last, best movies of the long 1990s.

5. The “Before” Trilogy (“Before Sunrise,” 1995; “Before Sunset,” 2004; “Before Midnight,” 2013): For the purposes of argument, we are going to treat these as one big movie. Almost a demo of sorts for “Boyhood,” this is ultimately a look at what happens when the triumph of romance turns into a calcifying, complicated marriage.