Is a Korean skin-care routine really worth it? 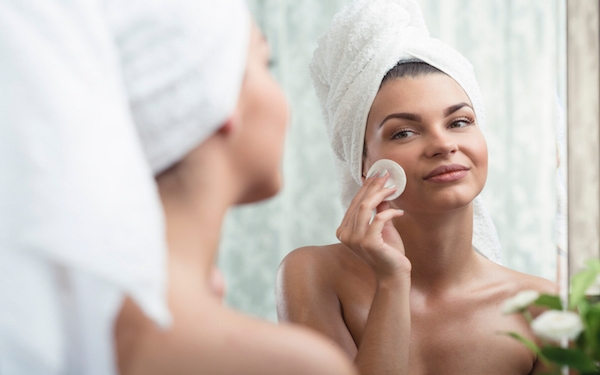 One of the hottest trends in cosmetics is Korean products, which promise gorgeous skin but come with a product-heavy, labor-intensive routine.

It’s not uncommon for these routines to include 10 steps just to cleanse and moisturize the face — day and night. That’s at odds with more minimalist American skin-care methods, which can be as little as washing and moisturizing. Further, many of these products come with ingredients not commonly found in Western skin care, like pearl essence, snail secretions or donkey milk, to name a few.

So are Korean cosmetics living up to the hype? In general, skin-care professionals say there are some good, high-quality products that can be helpful, but like anything else, consumers should do a little research before buying.

Dr. Lauren Ploch, a board-certified dermatologist in private practice at the Georgia Dermatology and Skin Cancer Center in Augusta, Ga., said the biggest difference between Western and Korean beauty products is the focus on “having clear skin first and foremost. … Another thing about Korean skin care — that I love — is it’s very sunscreen-prominent.”

Beauty is a big business in Korea and is geared to both men and women. Because of this, cosmetics companies invest heavily in research and development and have a lot of products, said Rachel Weingarten, a beauty historian and former celebrity makeup artist who also consults for companies developing cosmetics.

The first Korean products that came to the U.S. were beauty/blemish balm creams, known as “BB creams.” The creams combine several products in one, Ploch said, such as being a foundation, a moisturizer, a sunscreen and perhaps including antioxidants or other anti-aging ingredients.

Weingarten said the creams took off not only because they were different, but because of HDTV’s sharper focus on facial features, meaning newscasters needed more makeup coverage, and that trickled down. Plus the “selfie” culture of taking photos up close made people more focused on their skin, she added.

“It was the novelty and the zeitgeist,” she said.

That helped lead to a wave of other Korean products, including the introduction of the labor-intensive cleansing steps.

Dr. Marie Jhin, board-certified dermatologist with the Dermatology Medical Group in San Francisco, and author of the book “Asian Beauty Secrets,” said some of the fundamental steps include using an oil-based cleanser to remove oil debris and makeup. A foam-based cleanser removes dirt, an exfoliate removes dead skin cells, and a toner preps the skin to better absorb what is applied next.

To moisturize, an essence is applied to help with skin regeneration, then a serum is added, which is a more concentrated version of the essence. A moisturizing mask layered on via a sheet is next, followed by an eye cream. During the day sunscreen is added, while at night there may be a second mask to wear while sleeping.

Korean skin care is “a very different philosophy (from American skin care) that if you want results, you have to make the time for it,” Jhin said. “If you’re that diligent and doing all those things, as a dermatologist, I can tell you, you’re going to have good skin. A lot of it is just keeping the moisture in.”

But not everyone agrees that all those steps are needed.

“The more you do to your skin, the more irritated it’s likely to get. I think people have to sometimes take that step back. … I find it completely unnecessary and expensive. Unless someone goes to their dermatologist, and their dermatologist says, yes, you need this extra layer,” Weingarten said.

Ploch said she thinks that 10 steps a day is overkill, but people who want to try out Korean products should look for gentle cleansers, serums and moisturizers based on their skin type.

When buying Korean products, be sure to buy those written in English, so that you can read the ingredients. Major stores like Sephora and online seller Peach and Lily sell English-language products.

As far as the unusual ingredients like snail secretions, Weingarten and Ploch said to use a little caution.

“The old rule, is how far down the list are they? Is the ingredient in the first three? Bear in mind, they are creating it for an overseas market, and in this case, we’re the overseas market. They know that novelty sells,” Weingarten said.

Ploch and Jhin concurred. Over-the-counter “cosmeceuticals” products claiming to have medical benefits aren’t recognized by the Food and Drug Administration. They don’t have the same testing as products dermatologists prescribe for skin conditions, Jhin said.

Cosmeceutical products “may be tested, but they may not be testing for efficacy. Instead they may be tested for consistency, smell, texture, that kind of thing,” Jhin said.

Because these cosmeceutical ingredients aren’t regulated by the FDA, it’s hard to tell how much of them a product contains and whether it is making a difference. Also, some of these ingredients can cause allergic reactions, even if they are natural, Ploch said.

Overall, Ploch said, there is a lot to like about Korean beauty products.

“The thing to take away from Korean skin care is relish your skin care, don’t limit yourself (to a few) products and don’t hurry through it. Make sure to wear sunscreen every day, and if you can find a good product that multitasks for you, that’s a good one to get,” Ploch said.