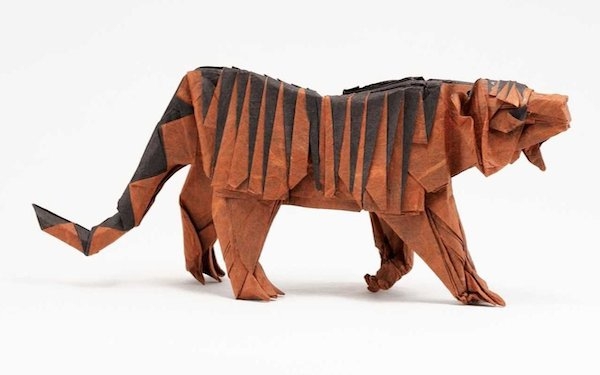 Revel in Spring with a fresh crop of books!

Fantasy, sci-fi and the literary commingle in Ken Liu's finely crafted gems of stories. His retrospective collection, The Paper Menagerie and Other Stories, is bursting with metaphorical imagery that sneaks up on you and delivers a knockout punch.

With Olive Kitteridege under her belt, Elizabeth Strout could coast along on her Pulitzer Prize. Instead, she continues to write strong, vulnerable characters with aplomb. My Name is Lucy Barton strikes all the right notes.

Bursting with feeling, like a seventies pop song, Estelle Laure’s The Raging Light should be read at a feverish clip and then passed on to your favorite friend.

Following in the footsteps of the magnificent True Grit and the great Winter’s Bone, Travis Mulhauser triumphs with Sweet Girl. Percy James is a protagonist with blood, guts and steel.

”Intoxicating,” according to Amy Poehler, The Nest packs an emotional wallop. Cynthia D’Aprix Sweeney’s family saga proves that dysfunctional families are dysfunctional in their own, thrillingly spectacular way.

Bestselling literary horror writer Peter Straub’s career-spanning best short fiction is collected in Interior Darkness, which includes three previously uncollected stories. Straub proves himself a master of the genre as he plumbs the depths of his characters’ trauma.

One of the premier dark fiction writers working today, Brian Evenson releases a new collection of his hallucinatory stories, A Collapse of Horses. The brilliant title story reads like an Oliver Sacks case study rendered by Edgar Allan Poe. His standout novel Last Days, a labyrinthine mystery inside a cult of amputees, also gets a new reissue.

The thrill of meeting a stranger for a one night stand, without the dangers that could incur, make The Kind Worth Killing a vicarious read. Peter Swanson captures the craving for adventure that exists in all of us.

Tim Powers, master of the hidden history, weaves together a suspenseful tale of old Hollywood with an occult riff on time travel in Medusa’s Web. When a brother and sister return to their family's decaying Hollywood mansion after the suicide of their aunt, they discover a powerful but destructive family secret that soon draws them in.

Jonathan Kellerman writes ‘em almost as fast as you can read ‘em, and somehow manages to keep each tale compelling and addictive. The Breakdown pairs Dr. Alex Delaware with his compadre, LAPD lieutenant Milo Sturgis for a quest into the darkside of the City of Angels.

Simply done yet addictive, Diane Les Becquets’ Breaking Wild thrills at each step. Two women, one lost in the woods, the other, searching desperately to find her, undergo transformations, both external and internal.

Lovers of Gone Girl and Girl on the Train will revel in Fiona Barton’s The Widow. How far would you go to protect the memory of a loved one?

For a certain type of person, leaving home is all you think about for the bulk of high school. Two insightful new memoirs explore the occasion of being forced to return to your roots, with all the attendent repercussions, good and bad. George Hodgman and Dan Marshall both face ailing parents, one is Paris, Missouri, touchingly recounted in Bettyville and the other in Salt Lake City, written with gallows humor in Home is Burning.

Sarah Marquis’s Wild by Nature follows the author’s journey from Siberia to Australia. If you thought Cheryl Strayed’s Wild was fun, this account of a National Geographic explorer’s expedition will blow you away.

Just when you think a memoirist must have written all of their best stories, out comes another. Augusten Burroughs’ Lust & Wonder proves that the author could write about paint drying and make it a page-turner.

Compelling and tender, Matt Haig’s Reasons to Stay Alive chronicles a paralyzing depression. While this might not sound like a fun read, Haig’s journey is so full of insight, that it will make you pause and appreciate your own life a little more.

The tension of The Hunger Games, combined with Lord of the Flies intelligence, makes Sandra Newman’s The Country of Ice Cream Star a formidable read. Follow Ice Cream Star as she fights her way across the detritus of a future United States.

Una LaMarche revels unabashedly in emotion. Like No Other and Don’t Fail Me Now make a claim for compassion and connectedness in this unprecedented time of devices as security blankets.

Anchored in the realities of her grandmother’s journals, Laura Amy Schlitz’s The Hired Girl aches with verisimilitude. The journey of Joan Skraggs, from “the muck of a chicken coop to the comforts of a society household” will hold you captivated.

The author of Life of Pi, Yann Martel brings his own magic touch to The High Mountains of Portugal. Bursting with wonder, suspense and travel, this novel will turn you into a believer.

Special Features
Cybersecurity for everyone: 5 books on defending ourselves in the digital age
1,363 views

Special Features
In his journey from jail to Yale Law, felon-turned-poet writes 'to remember who I am'
787 views