Lots of faults won't bring Jake Gyllenhaal and Demolition down 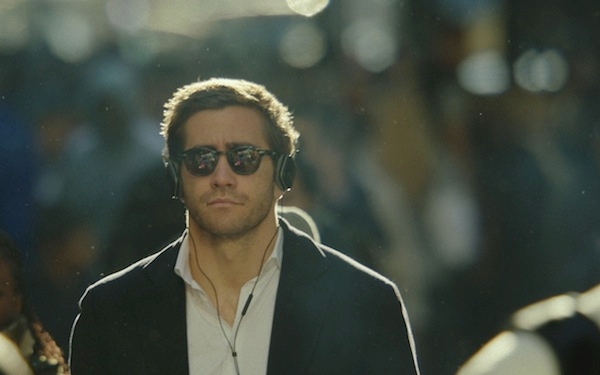 I’m pretty sure a lot of people aren’t going to like Demolition and probably for many good reasons. It often relies on the assumption that audiences will understand or at least want to understand Jake Gyllenhaal’s mostly frustrating character Davis. It often boasts an air of quirkiness that doesn’t quite seem natural within the framework of the tragic story. Then there’s the fact that the ending is entirely disappointing. But to hell with all of that. As far as I’m concerned Jean-Marc Vallées latest film carries an intense power in its misleading arms that is worth far more than any grievances I can think up.

First of all, it comes as little surprise that Vallée should be the perfect man to take the wheel and steer Demolition in the right direction. This film in particular acts as seamless punctuation after his last two films, Wild (2014) and Dallas Buyers Club (2013), two films that persistently clipped at the heels of an individual traipsing through a harrowing world that seemed to know no forgiveness and mercy. And that’s precisely how we follow this new man, Davis; this time, however, it’s with an air of levity, absurdity even, which qualifies Demolition as an evolution of form rather than a simple continuation.

The story begins as many do, with a tragic death that sets our main character down a dark road of discovery. In our case, it’s the aforementioned Davis (Gyllenhaal, Brokeback Mountain), a rather haughty investment broker with his eyes always on the big bucks. So, when his wife Julia (Heather Lind, “Turn”) dies in a car accident, he, for the first time in his life, finds his eyes wandering inward to a self that he not only doesn’t recognize, but understand as its own source of meaning. Inversely, the world around him becomes a space full of objects that work only because of a mechanical rig inside of them. How exactly those pieces fit together to make things tick is what Davis needs to find out, and there’s only one way to figure that out: tear shit apart.

And then everything changes when he stumbles upon a vending machine that refuses to give him what he wants, and does what any investment broker would do when they lose $1.50: he writes a letter of complaint to the company—no, sorry. Not just one letter. He writes several, all of which go far beyond the dysfunction of the machine and eventually dive into his most personal matters of confession concerning his wife, his job, his life.

This is where that quirky stuff comes into play in the unexpected form of Naomi Watts (Mulholland Drive) as Karen, the customer service representative for the vending machine company who has become wrapped up in Davis’ existential crisis. She calls him. He questions why. The answer is simultaneously simple and wholly complicated: no one else in the world knows him quite like she does.

Like his mother who possesses somewhat absurd methods of communication, Chris is a 12-year-old who finds himself rebelling in typical teenagery ways—smoking, cursing excessively, and blowing things up. He’s also gender-queer, uncertain of the body that he is in and how it relates to everything else outside of it. And something happens when he collides with the chaos of Davis’ own fragile state of being. They fold into each other. They each sacrifice a piece of themselves to rebuild the other’s structure, to rebuild their spirit. It’s because of their connection that we can see Davis remold himself into a new shape of man.

Let’s talk about the man who plays that man for a second. To be honest, upon seeing the trailer for Demolition, I was concerned that Gyllenhaal was taking a dive after a rather steady upward trajectory. I’m so glad I was wrong. Through magnetic tenacity, very similar to that of his Nightcrawler character, he is able to be both unimaginably abhorrent as well as curiously daring. Yeah, there’s a cheesy montage where Jake dances through the streets of New York with headphones on, but hey, he does it well.

And so follows the rest of the ensemble, each uniquely honing in on a voice that simultaneously tender and aggressive. Cooper and Watts, like the veterans that they are, bring quiet sorrow to their individually suffocating characters. But of course, little Lewis does a lot show-stealing as the ball keeps rolling, as Davis keeps plunging into darkness.

Again, I will reiterate that the ending was subpar and that some dialog was pushing for some quality of playfulness that was nowhere near natural, but the fact that I’m still reeling in some of the growth of one especially strange stranger makes me think Demolition shouldn’t be ignored. So don’t ignore it.