11 questions with Kendall and Kylie Jenner about Kendall + Kylie, personal style and what’s next 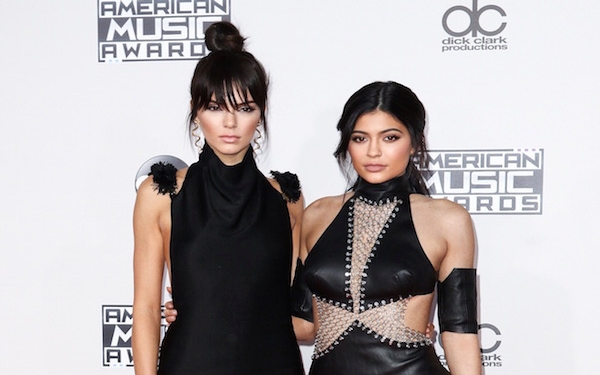 LOS ANGELES — Kendall and Kylie Jenner, sisters, social media mavens and brand-builders extraordinaire, ducked into the penthouse suite at the Chateau Marmont in West Hollywood. The Jenners were at the hotel shortly before noon on a recent Thursday for a private luncheon, hosted by retailer Nordstrom, that was a reward for 40 customers who had purchased pieces from the recently launched Kendall + Kylie clothing and footwear label, offering them a few minutes of face time with the Jenners and a keepsake photo.

By the time the sisters Jenner left the lunch at the click of 2 p.m., they’d taped a segment for E! News, taken pictures of their lunch plates and posted videos for the benefit of their millions of social media fans, and cycled through a handful of press interviews — all while dressed in head-to-toe looks from their line.

Below are excerpts from our conversation, which touched on everything from the first time the Jenner sisters saw one of their collections out in the wild (it involves yelling from the upper level of a mall) to future brand extensions (don’t rule anything out — even furniture).

How does the new Kendall + Kylie line fit in with the other clothing collections you’ve done like the juniors line at PacSun and the Topshop capsule collections?

Kylie Jenner: This is our more sophisticated line.

Kendall Jenner: I think naturally we’re growing, and we’re getting more mature. So our line is going to grow with us and get more mature. We were younger when we started at PacSun [in 2012] so that has sort of a younger vibe. Then there was Topshop, and now we’re kind of just graduating.

The press materials emphasize that this collection is a blend of your different styles. How do you each describe your personal styles?

Kendall [pointing to her gingham ensemble]: Like I don’t think Kylie would ever wear this.

Kendall (interrupting): I wore [that] a couple weeks ago in a lighter gray, and now she’s wearing it.

OK, so how would you explain the difference to someone who can’t see the outfits you’re pointing to?

Kylie: I think I’m a little funkier and I take more risks, and Kendall’s more, like, simple, chic [and has a] model[’s] style.

Describe the creative process for the first collection. Did you tell your design team what your inspiration was and then they came back to you with sketches and ideas?

Kendall: Yes, and then we sit and critique, adjust and figure it out. It’s a group effort, and we all figure it out together. Obviously, we haven’t been doing this for very long and we’re not complete professionals so we need someone to learn [from] and feed off of and stuff like that.

Was there anything you wanted in the inaugural collection, a particular silhouette or fabric or color, that didn’t make the cut?

Kendall: The thing about this line, specifically, is that we don’t have many people telling us, “No.” So that’s really awesome. We have almost full control of the whole thing, which helps a lot. It keeps it fun for us. Working like that is always enjoyable.

What was it like to see something from one of your collections out in the wild for the first time — not being worn by a friend or family member?

Kylie: It’s so awesome, and I don’t think you really think about people actually wearing them. You see [the clothes] on the paper and then you see them in real life and then in stores. But then when you see someone wearing [the clothes] randomly out on the street, it’s such a cool feeling. We always hound [people] down and are like, “Heyyyy!”

Do you remember the very first time?

Kylie: The very first piece was in a mall. It was a PacSun piece, and a girl was wearing [one of] our green army jackets that had some patches on it. I was on the second floor, and [the girl] was on the first floor. And I saw her and yelled at her. I was like, “Hey, Hey! I love your jacket!” And she was like, “Thanks!”

Between the two of you, you’ve conquered television with “Keeping Up With the Kardashians” and the Internet. Kendall’s taken the modeling world by storm, and Kylie has launched a cosmetics line. Together you’ve launched online apps, clothing lines and co-authored a novel “Rebels: City of Indra: The Story of Lex and Livia,” published in 2014 …

So where is the Kendall + Kylie lifestyle brand headed next? You must have like a five-year plan, right?

Kendall: With our work stuff, I feel like you don’t want to say too much beforehand because you don’t know where things could go. But we’re always thinking of the next thing, and we’re always keeping on the move because we enjoy what we’re doing. We’re not doing college. [So] this is our work. This is our job. This is our life. There are things coming.

Understood. But is there a category that would be a natural next step for expansion? I’m thinking of how model Kathy Ireland started with socks, then clothes and eventually built it organically into a branding empire that includes housewares, flatware and even furniture.

Kylie: I love cosmetics. I feel like that is totally my lane. Everybody knows I love doing my makeup. So I really want to grow that into a real cosmetics line and eventually, in the next five years, have everything — all kinds of makeup.

Kendall: As of now, I’m kind of focusing on what I’m doing now. What’s going on now takes up a lot of my time, and honestly, that’s my career. That’s what I want to be doing for a very long time. There will be other things along the way, but mainly it’s my modeling [career].

Is there anything you could absolutely rule out — where you might say, “There would never be a Kendall and Kylie branded fill-in-the-blank”?

Kendall: I don’t think so. I mean think of our whole family. We’re Kardashians. We don’t stop! We’re down for everything. There’s so many of us, and each one of us has a mind for different things. Whether it’s furniture like you mentioned earlier — maybe this person could do furniture. We all have our own different little things that we love and enjoy. And that’s really fun.